A problem with closest friends

I met my friends 6 years ago.We were playing board games,computer games and this sort of stuff.Five years ago I was very happy with them.But know it changed.I am not feeling happy with them anymore.When we met to do something I am being the excluded person.They are talking each other but I cant find any word to tell.I love physics and RUSE(game),WWII history.But no one them their interest.They want to talk other stuff.The main problem I guess theres no common point between us.Example no one like physics,two of them lıke Star Wars,two of them like (RUSE) and so on.And other main problem is I am a boring person for them.Why cause they dont like what I like and I dont ike what they like.In this 6 years last 3 year I thought I should finish this relationship.But I couldnt do that.(Cause one of my friend and I were going to same collage)

Now I am going another city (for collage).What should I do.Should I leave them ?
Cause this relationship looks like stupid for me.If I cant talk with them then Why am I with them ?

Why not talk to your friends individually on the topics they like to talk about or adapt to the common topics that they as a group talk about?

You can't expect them to prefer your topics of interest. Since you are going to college, you will have the opportunity to make new friends.

There once was a popular book in the US called "How to Win Friends and Influence People" by Dale Carnegie. I read it as a teenager at my fathers suggestion. I remember it was quite insightful, you must learn to talk to people using the topics they are interested in order to become friends and then they'll do the same if they want to keep you as a friend.

If you feel that there is no common ground and neither of you wants to make the step and jump over the gap, there is no reason to waste essential time over these relationships... I mean it's up to you to decide whether you want to keep this up or not, what are you looking for from your friends? sharing the same interests or maybe having no interests in common?
In general I avoid stopping someone from friend . I don't find the reason to...even if we have nothing in common, I can still get/give something from/to them...I think I have a lot of "friends" (people would call them acquaintances), but only a handful of real ones, for which I have actually adopted their interests and they have mine.
In general it will be good for your (and mine also) life, to get a wider range of interests and be open to new stuff, rather than being narrow-minded with only 2-3 things to talk about...
RyanH42

I love only physics.And thats the only thing that I want to talk with others.Of course I can talk with other stuff like music,cinema,books but I dont prefer.I ont know what should I do.

jedishrfu said:
they like to talk about or adapt to the common topics that they as a group talk about?

I dont do that cause they are so stupid topics.(For me) Why ? Cause theres no meaning to talk about these stupid topics.Example Star Wars is stupid topic for me.Its just a fantastic story.But my friends are talked 4 years just that topic,4 years.The problem group is 3 people actually it is not a real "group".

Lets suppose we have a same interest,but again thers alimit to talk about that issue.You can talk how many hours star wars example.
ShayanJ
Insights Author
Gold Member

It seems to me that there is an awkward feeling on both sides that why you're still going out with them but neither side wants to be the first that mentions it. I think its just better to finish it. You're going to be fine without them and they're going to be fine without you. Being lonely among others is worse than being lonely while no one's around.
OmCheeto
Gold Member

RyanH42, it sounds like the curse of being a brainiac. 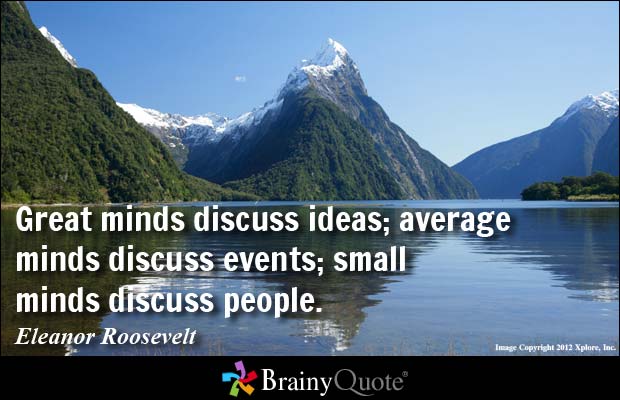 I've had a core group of friends for about 30 years.
I find very little of what they have to talk about, interesting.

Hence, why I'd rather spend a sunny day sitting in front of my computer, surfing and discussing interesting things here at PF, than getting drunk with my friends at the river.
They probably think I've lost my mind.

But I do hang out with them, once in a while.
Because once in a while, they shut up, and I get to listen an even older friend, who I never seem to tire of.


ps. There are exceptions of course. Some of my friends are much older, and have grand tales of adventure. I can listen to them all day.
And some of my friends, from a secondary group of friends I've accumulated, are much younger. They can be quite entertaining.
Oh, and btw, I've made a tertiary set of friends. They are all from PF. I actually talked one of them into going camping with me one summer.
Oops. I almost forgot. I have a fourth set of friends that I've collected on Facebook. They can be quite entertaining, and/or very educational. Like PF, they span the globe.
Oh dear, I also have a group of friends on Twitter. They are quite serious. Cameron Beccario liked one of my posts about his software one day.
And then there are my e-pen-pals: John Baez, Max Tegmark, Tim Berners-Lee, and most recently, Marc Rayman.

hmmmm..... This internet thingy is kind of cool.
RyanH42

I talked with them and I told them I want to give a break for 7 moths.I dont have any other friends in my life maybe in collage.but I get your point.Every relationship is important inside.
OmCheeto
Gold Member

RyanH42 said:
I talked with them and I told them I want to give a break for 7 moths.I dont have any other friends in my life maybe in collage.but I get your point.Every relationship is important inside.

The greatest thing I've learned about friendships, is that if you spend too much time with a core group of friends, you will eventually get bored.
When people get bored, they create their own entertainment.
It is usually at the detriment, of someone.

Being incredibly old, I've tried to explain this to my friends, over the last 20 years, pointing out how, at one point or another, someone said something to someone that broke their friendship for years.

They of course, deny that these things have happened, and insist that you join the group, for a resounding discussion of banality.

I unfriended a friend of 25 years, about a month ago. He would not listen.

exfriend and I got into a verbal argument about 3 months ago. A month later, he was so upset with the fact that I was over it, that he physically assaulted me.

My other friends listened to his version of the story, and said I was in the wrong, as he described his assault, as a "noogie". (a noogie is a knuckle twist upon someone else's head)
What he did, was grab me by the hair, make a fist with his other hand, point it at my face, and said he was going to smash my face.

Twas not a noogie.

I was meeting my friends every week at least 8 hours.I dont know thats too long or too short.But I think every partner in reationship should give a break.As Om said If a relationship takes so long someone will be hurt.I agree with you Om.


OmCheeto said:
I unfriended a friend of 25 years

I am really bored.Being alone is not very good but still its a best option.
RyanH42

I dont know your friend personality but your exfriend looks like one of my friends.I am going to another city so they cant disturb me.They know your house so you cannot hide from them.
ChrisVer
Gold Member

"disturb me"
are you sure you were friends?

They cant come my home and they cannot force me to change my mind.I used that term to "disturb me"
Ryan_m_b
Staff Emeritus
Science Advisor

Do you mean to say your friends have tried to contact you? That's understandable, it's difficult when a friend tells the group he doesn't want to hang out anymore.

In terms of OmCheeto's advice...I'd be vary wary about internalising the idea that the reason you and your friends don't get on is you're clever and interested in important stuff and they're stupid/small minded and only like pointless things. If you accept that you're going to start viewing the world that way and frankly you'll appear to be an arrogant jerk.

People from all walks of life have vastly different interests. Liking physics doesn't make you smart or insightful, conversely some very smart and insightful people can be passionate about all sorts of esoteric/non academic interests whether that be specific sports, music, tv, food etcetera.

The biggest thing you should learn from this experience is that people don't always share the same interests, even friends. That's perfectly natural and healthy! If you hold out for people who only like exactly the same things as you it could be difficult to make friends because few of those people exist. All it takes is a descent overlap and the ability to respect different interests and you can have some great relationships.
Choppy
Science Advisor
Education Advisor
Insights Author

Perhaps this is too late, but I don't see why you have to "leave" your friends or specifically do anything at this point. If you're not happy hanging around them for the moment, just tell them that you can make it when they invite you over. You don't have to end the friendship.

Friends sometimes just drift apart. People change over time, develop new interests, move away, etc. That doesn't mean that they shouldn't ever speak with each other again. Life is long (hopefully anyway). And sometimes you might find yourself reconnecting later on - even if just for old time's sake.
Finny

RyanH42 said:
I love only physics.And thats the only thing that I want to talk with others.

Related Threads on A problem with closest friends