Are there any pilots here?

My one great passion is flying. It's satisfying on several levels - just being up there has to be the greatest reason, but there's also the satisfaction of being in control of all the flight dynamics, and then there's the technical satisfaction of understanding aerodynamics, weather, navigation, navaids, instruments etc.

I remember my first solo, back in 1987. I had previously flown ultralights from a farm, but landing after having done your first solo in a Piper and having the tower give you clearance to cross runways and their congratulations on first solo in the same call - that was a special moment. I've flown many hours since then, yet the enjoyment never diminishes.

I find bumpy weather more exciting. I remember before gaining my license, an 18yo instructor checking me out for cross-wind landings, in a busy circuit with a lot of tower calls. There was only time for a few circuits as a storm front was approaching. On take-off I'd kick the rudder so the plane would fly straight, despite pointing some 20 degrees off the centreline. With the approaching storm, the wings were all over the place. Around the circuit we'd go and line up the runway, again pointed some 20 degrees off the centreline, then a kick of the rudder just before touchdown. We did 4 circuits like this and I was loving it. The instructor looked at me as the winds tipped us one way then another and said, "You're enjoying this, aren't you?" With a big grin, I said yes. That's when he ticked the sheet and signed me off.

From the aerodynamics, I learned about how the curved foil creates the pressure differential. But years later, talking to a US Airforce pilot who later became an airline pilot explained that in advanced aerodynamics, they learn that lift is also created by the vectoring of air against the raised wing (as in take-off). He was fascinating to talk to.

I've also spent a bit of time with MS Flight Simulator. Had some interesting discussions there. FS2002 apparently used a very realistic model, that was "trimmed" in FS2004. For example, in FS2002, they modeled the aerodynamics of wings at several points (root, middle, tip etc), whereas in FS2004, they changed it to something like an average over the whole wing, for the sake of processor performance.

Anyway, that's my great passion. Any other pilots out there?

narrator said:
Any other pilots out there?

okay that answer was a bit uninspired. So here is my visual logbook resume with the flying hours per type in the upper left corner.

It was a lot of fun, but also in a tense time as for years we were supposed to be ready from fully peacetime to fly a war mission within 30 minutes warning time. 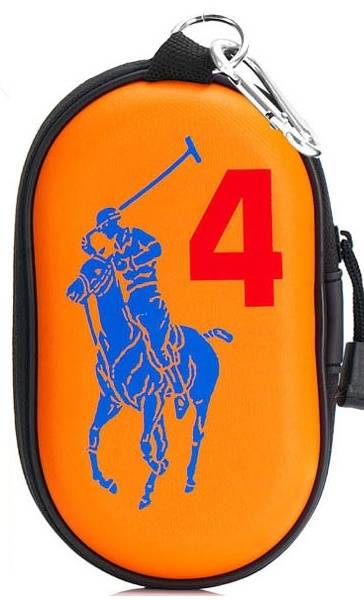 narrator said:
Any other pilots out there?

Yeah, not recreational though. I mean, I flew a bit back when I lived with my uncle and aunt and it was fun, I used to just buzz a local canyon, but mostly I it was my job to take care of some of the peskier local wild-life. I had a friend that would go with me, but he left when we were 18 to be a pilot. I wanted to go to, but my uncle forbade it... he kind of guilted me into staying, always telling me that he needed my help around the farm.

I actually lived with my uncle and aunt until they died. An accident, supposedly, but I'm pretty sure the government was behind it; I think they were trying to find a couple of my new friends and my family got mixed up in it pretty deeply.

Anyway, I got a chance to fly again later in life. I ended up staying with an elderly guy who lived pretty close by. I had known him as a kid but we grew apart as I got older; he knew my father before he died, actually; he told me my father was a pretty fantastic pilot, sometime my uncle and aunt never wanted to talk about. I was really lucky that he was willing to let me stay with him.

Ultimately, it was because of him that I decided to join the military. In a ridiculously ironic and unfortunate event, he and I were actually travelling to go sign me up as a pilot when he died en route. The details aren't important, but suffice it to say that he was really the driving force behind my desire to become a pilot.

Well, anyway, I got to the recruitment center, and not even 15 minutes later I was up in the sky flying a real combat mission! No joke! I basically showed up, introduced myself, signed a few waivers, and they gave me a helmet and a jumpsuit and that was it. Out of the hangar and into combat! One of my old friends was there from back when I lived on the farm and he kind of vouched for me, I guess. To be honest it was such a whirlwind of events.

It was scary as crap and that old friend was actually killed during a dogfight along with plenty of other guys that I hadn't even met yet. It was probably the single most intensely traumatic event of my life.

Then I fired the torpedo that blew up the Death Star.
Borek
Mentor

I've flown a couple times, but no license. I probably have three hours on a cessna 206. My dad was a herring spotter in the 70's when it was really dangerous (a bunch of Hering spotters all flying in circles above the same school of herring)

Related Threads on Are there any pilots here?

Are there any book lover here?

A
Are there any people here who enjoy writing?

A
Any athletes here?

Are there really any victims?