There are a lot of coconuts in my country, but I don't know how each part of it is called in English.
A coconut has a green 'cover' then another hard 'cover' then there is coconut juice inside and the white thing.
Can you describe me all coconut's parts ?

The exocarp and mesocarp make up the "husk" of the coconut. Coconuts sold in the shops of nontropical countries often have had the exocarp (outermost layer) removed. The mesocarp is composed of a fiber called coir.

My daughter worked her first four years as a professional in Makawao, Maui County, Hawai'i on the slopes of Haleakala.
Medicol 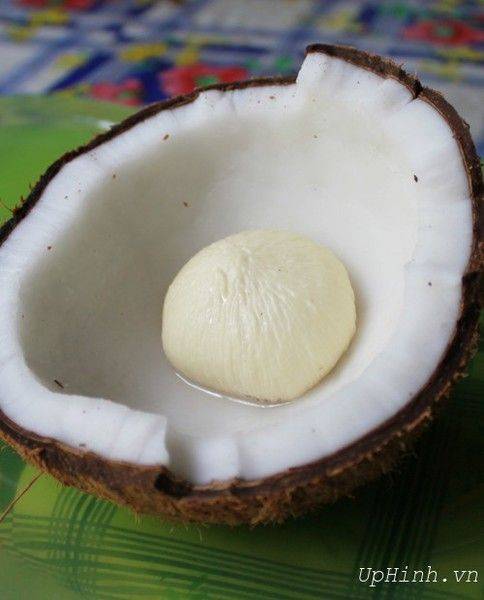 Thanks Doug but still one more yellowish part, especially inside old coconuts, is that the coconut's child or its big soft nut ?
Doug Huffman
Gold Member

I am a sustaining contributor of The Wikimedia Foundation.
Medicol

I don't like it when native speakers seem to know everything about the world. Bye Doug. Good day! :D
Danger
Gold Member

Related Threads on Coconut inside out

Turning a sphere inside out (video)

Recipes that use Thai curry paste without coconut ingredients?

Being inside the picture.

Thinking Inside The Box