Good catch - you are right. A resistor in parallel with the relay coil is faster than using an RC network for noise suppression, but slows down response versus using no resistor at all.
jim hardy
Science Advisor
Gold Member
Dearly Missed

I'm guessing that this is due to the presence of two 680 uf capacitors.
To drain the capacitors, I switch on the motor.
The LED then goes momentarily bright.

That's very puzzling. Will think on it for a while.

Actually.... it is hours.
I hadn't timed it.... but it was switched off for hours.
I looked down and thought hmmm that LED is still glowing.
I flipped the switch to ON... the LED brightened and died.

The first mistake was seen.
The resistor feed from the MK socket was 'pre-switch'.
Obviously it was, because I had used the standard socket connectors.

Clearly this is fine for the electrical system, however it is counter intuitive for the user.
You could say that the primary dimmer panel switch, is the dimmer itself.
However, normally the ON/OFF feedback is the light that it is controlling.

As a consequence, I rewired the resistor 'post socket switch'.
Thankfully this was relatively simple due to the provision of a lamp in the socket.

I could, and probably should, add a circular gauge to the dimmer switch.
This could indicate OFF (it clicks off when fully counter clockwise)
... also it could be marked to indicate the motor operating range.

However the key element was to ensure that the (dimmed) mains voltage stops at the socket, when the socket is switched off.
That is sensible design.

The second mistake
... is based upon the first mistake.

The foot control motor ON/OFF switch, should control that panel.
It's a separate panel, so the switch should isolate the panel.
It makes sense.
(At the moment the switch is after the rectifier and capacitor)

Locating the lamp (in the charger)
We remember Jim theorised that the lamp should be placed before the rectifier
... I tried a 24V 0.05A lamp and the transformer buzzing didn't change.
We discussed a more powerful small 240V lamp - and didn't have one. 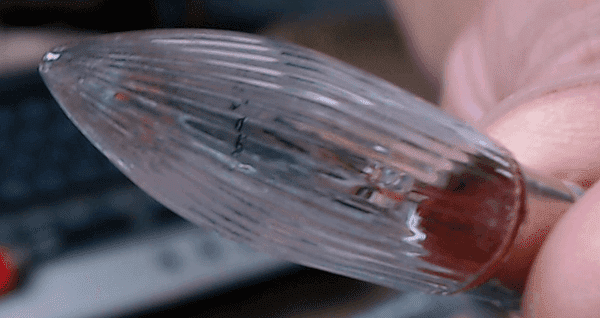 I don't know why this is the case, but it is the case.
Therefore the 0.05A lamp can be placed across the output, parallel to the capacitor.
This will smooth the transformer, provide an 'equipment live' signal, and drain the capacitor when switched off.

The Lamp Modification
This went well.
There is another gain in motor operation.

I ran the motor down to 7 rpm - I think that is the lowest yet seen.
The difference is marginal, but worthy

More Motor Knowledge
Here's the pre-amble explaining how the knowledge was acquired:

Initial Conclusion
1. The LED brightness is driven by current in the circuit.
2. The motor can slow considerably without any significant rise in current draw.
3. There appears to be a point where current begins to appreciably rise.

The LED is of course nearer the motor
Anyway, that apart, I am presuming therefore that it is best not to run the motor at its absolute slowest speed.

But it makes you think about 'torque'.
That ability to deliver power at low revs.

Clearly, lower gearing would allow the motor to spin faster, and deliver the power at a slower speed.
We can't change the gearbox... can we increase the torque of the motor? 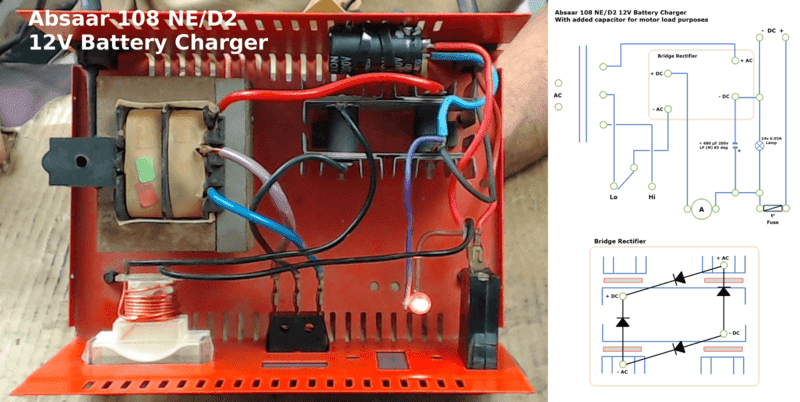 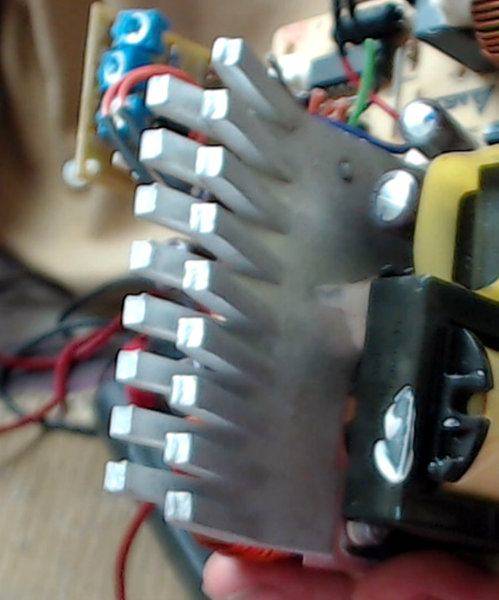 Re the heat paste.
I found it amazing that 30 year old paste around a stereo chip was still a paste under the skin.
However, I'm glad to know that silicone grease works, as I have plenty of that.
jim hardy
Science Advisor
Gold Member
Dearly Missed

Behavior of your lamps and motor can be somewhat counter-intuitive.

Realize that the dimmer knows nothing about the load, it is aware only of voltage across itself. 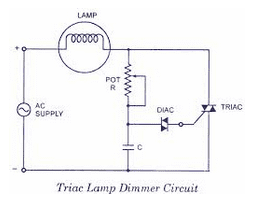 If load changes perhaps because motor sped up, that changes voltage across the dimmer and it will react.

So lacking an osciloscope your empirical approach is best analytical tool you have.

I'd say you're doing great.

Keep your eyes peeled for a windshield wiper motor, though. I think you'll find it's well behaved and doesn't mind continuous duty. 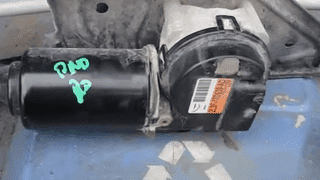 It is very possible that a windscreen wiper motor would be better.

Of course, I am very happy with our project as it is... the difficulty is deciding when to stop learning.
For the brain, it's no longer a question of the specific 'here & now'.
... it's more like "oh... so below a certain rotation, it doesn't work as well... why's that, and is it written in the windings of the motor"?

It's not like we are now under any pressure - the turntable works, and at 12 - 14 rpm it is fine.
The working project is finished.
Anything learned now is just for sharing, and maybe incorporated into a future version.

For that... the windscreen wiper motor would be the better option, as they are available everywhere.
They're also designed to operate at different speeds.
But that's for the future.
I have an engine to rebuild now :)
jim hardy
Science Advisor
Gold Member
Dearly Missed

marcophys said:
the difficulty is deciding when to stop learning.

Isn't this a great time to be alive? So much is known and the communication revolution( Gutenberg to Morse to Bell to Marconi to Internet ) has placed it all at our fingertips.


marcophys said:
I have an engine to rebuild now :)

So many projects, so little time.
marcophys

jim hardy said:
Isn't this a great time to be alive? So much is known and the communication revolution( Gutenberg to Morse to Bell to Marconi to Internet ) has placed it all at our fingertips.

I do agree.
The knowledge at our fingertips is.... enabling.
I struggle for words to describe this dramatic change that we have witnessed

I make sure that I contribute... the engine rebuild is also being shared.
jim hardy
Science Advisor
Gold Member
Dearly Missed

marcophys said:
the engine rebuild is also being shared.

i just bought four Detroit Diesel 6V53's for 30 cents a pound
guess i'll be learning something about them.

See ya in the mechanical engineering threads !

Ha!
Not this time

I do provide general engineering knowledge - particularly specific tips for universal application.
Here's one I put up two days ago that I did live.
Putting it all on the line helps students believe in themselves


So as you can see, the project is a small capacity two stroke.

These engines have their own unique problems that are generally left unsolved.
I'll be showing people how to solve those problems.
There is always crossover, so you might be interested.
I've completed 3 parts so far.

I never envisaged the project for the physics forum.
it's a lot of work, simply documenting everything on youtube... but my vids typically get thousands to tens of thousands of views, so I believe that it is worth the effort.

I will be dealing with some advanced physical aspects (introduced in part 3), relating to our turntable project, but whether it's physics forum stuff, I don't know.
You can always subscribe, and let me know what you think, if you see something that is pertinent.

Here's an electrical one that is probably right up your street, but it's 50 minutes in length.
My excuse is that it was necessary