Could you manage to restrict your music to 10 albums/CDs and be anywhere comfortable with the choice if you were stranded on the proverbial desert island? For the record, I would probably be busy making a guitar out of locally available materials so I could cop Elmore James songs.... Here's what I would grab if my house was on fire and it was the only way to hear it again...

Edit: There is no guarantee that I won't see a reply, and experience a couple of synapses firing and exclaim "there's one I meant to include!"
Last edited: Mar 7, 2007

If I have to listen to it forever, I want something that I will never get tired of.
Ivan Seeking
Staff Emeritus
Science Advisor
Gold Member

Whatever album has http://tvland.classictvhits.com/GilligansIsland/Sounds/GilliganTheme.wav [Broken] song would be a must.
Last edited by a moderator: May 2, 2017
mattmns

off the top of my head there's this one: 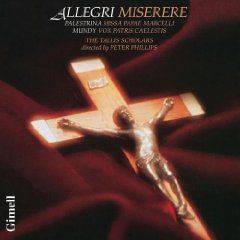 & maybe some biber, glenn gould playing the goldberg variations, pink floyd's dark side of the moon, wish you were here &.... not sure what else. it's hard to decide because i don't always like everything that's on a given album, even if it's one of my favourites.
neutrino

If I have to listen to it forever, I want something that I will never get tired of.

only 10 albums ?!? i hope that when i get stuck on such an island they give me a gun with 1 bullet :P
Moonbear
Staff Emeritus
Science Advisor
Gold Member

How long will my batteries last to keep playing them? :uhh:
eaboujaoudeh

Moonbear said:
How long will my batteries last to keep playing them? :uhh:

Just like the professor on Guilligan's Island, you can make a radio out of coconuts, but can't fix a 3' hole in a boat.

Geez. You just have Guilligan pedal the bamboo generator, until it jumps off it's supports and runs into the lagoon.
BobG
Science Advisor
Homework Helper

How big is this island? I'm torn between two different lists (depending .....)

Reasoning: If the island's too small, going insane is a certainty. May as well do it quickly and violently.

Reasoning: I like these songs. I'd sing along and do all the moves (when appropriate - in fact, the heck with whether it's appropriate or not - if they don't have any moves then I'll make some up). In fact, I already do! They'll all drive you insane, for sure, but at least it will be an idiotic, happy type of insane.
Last edited: Mar 9, 2007
turbo
Gold Member

BobG, if we're both on the sinking boat and you're setting out with a raft for the desert island, I'm taking my chances with the boat.:uhh:
BobG
Science Advisor
Homework Helper

turbo-1 said:
BobG, if we're both on the sinking boat and you're setting out with a raft for the desert island, I'm taking my chances with the boat.:uhh:

There has to better things to do than listen to music.

I would say that I can live without it. If anything, make some instruments or something.

I listen to music all the time and listen to it while I do homework. But I can live without it.
Moonbear
Staff Emeritus
Science Advisor
Gold Member

:rofl: And where else but on a deserted island could you get away with singing along and doing all the moves to those songs every time you play them?

I was thinking I'd need to have at least one Jimmy Buffett and one Bob Marley album to play on my solar-powered CD player made out of coconuts (especially if the coconuts are the kind that come with those tiny umbrellas). :rofl:

An old Paula Abdul album would be good to dance with (I never get tired of dancing to those old songs).

Maybe George Thorogood for when I figure out how to make a still and need something to drink along with.

Let's see, yes, of course a CD of children's songs for emergencies requiring a healthy dose of insanity to cope with them.

Oh, perhaps something by Britney Spears to remind me why I like living on a deserted island away from the rest of society.

Something by Ozzy for when I need to hack away at coconut trees with a pointy rock to build a shelter or whatever else I need.

Perhaps something by Sting, just because he usually has a nice variety of sounds on a single album.

I'm up to 8. I'll have to think a bit longer on the last two choices.
Evo
Mentor

Since I am always making up songs to sing, I don't need to take any along.

I'd rather have the complete set of Star Trek TNG DVD's and a solar powered DVD player.
neutrino

If only the had solar-powered internet connection, I could send out an e-mail with my solar-powered laptop.
radou
Homework Helper

Blah, you and all your solar powered equipment.

If there's not at least one waterfall, then I'm not going.
Last edited: Mar 9, 2007
SticksandStones

I think I could live with that collection :) By the way, can you point out what my favorite band is? :P
Last edited: Mar 9, 2007
turbo
Gold Member

BobG said:
If there's not at least one waterfall, then I'm not going.

Most desert islands are sandy atolls that all but disappear at high tide. Not many waterfalls on those.
Moonbear
Staff Emeritus
Science Advisor
Gold Member

turbo-1 said:
Most desert islands are sandy atolls that all but disappear at high tide. Not many waterfalls on those.

Hey, wait, I don't want a desert island, just a deserted island! I fully expect coconuts and waterfalls (though, no need to power the generator while taking a shower...you wouldn't be able to hear a TV over the noise of a waterfall anyway, and I prefer to sing a capella in the shower). (Of course, I'd much prefer a dessert island, complete with chocolate waterfalls and candy cane trees.)
Ivan Seeking
Staff Emeritus
Science Advisor
Gold Member

My version of a deserted [or desserted] island always involved lots of topless women in grass skirts.
Artman

Not quite physics -- why music sounds musical