How is field flux analogous to electric current?

A current carrying conductor is placed in a magnetic field perpendicular to it. Of the two, what causes the action such that it experiences a reaction form other as per newton's third law.

Yes , atomic currents are there and yes , they too constitute the electromagnetic force field but that attraction is negligible and not taken into account. Moreover , electron flow slowly in metal like the calm sea and the magnetic moment by them is negligible. Also the negative charge of electron keeps on equalizing by positive metal ion. Also electrons flow randomly in neutral substances in any directions. Molecules are aligned in closed chains. Suppose an atom looses electrons but it can again gain electron so THE NET CHARGE IS TOO NEGLIGIBLE TO BE TAKEN IN ACCOUNT. IT CAN BE REGARDED AS EVEN NIL.


How is field flux analogous to electric current?

A current carrying conductor is placed in a magnetic field perpendicular to it. Of the two, what causes the action such that it experiences a reaction form other as per newton's third law.

Field flux is the magnetic lines of force flowing through the unit cross section area of wire. Yes , change in magnetic flux per unit time induces current which changes its direction as long as magnet is moved in and out of coil. Moreover flux is result of current as well.

When current carrying conductor is placed such its DC magnetic field is on plane perpendicular to magnetic field of magnets on either side of it , it experiences torque or couple by which it rotates or is acted upon by linear force also. On this principle DC motor works. There is no application of newton's third law. 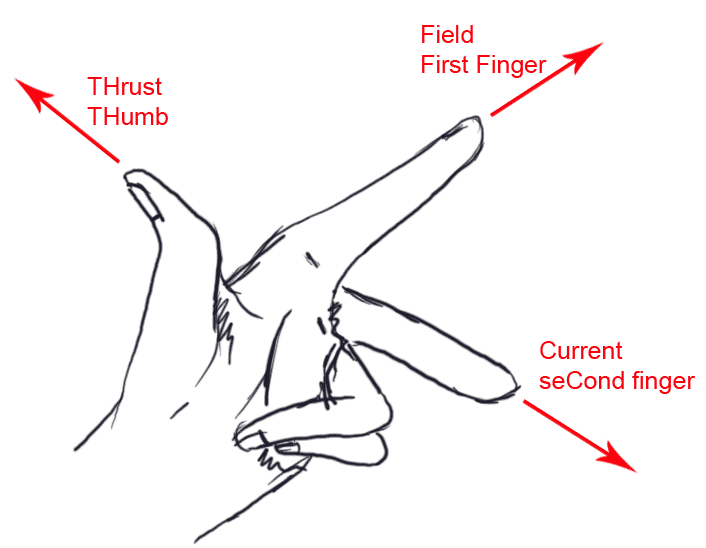 It was proved experimentally I guess. I guess that the resultant component of two magnetic field gives direction of torque. I think this is what is the proof. I will have a look at it.
Last edited: Feb 6, 2012
Log in or register to reply now!

Related Threads on Doubts about Magnetism

I Doubt about Magnetic Field

A doubt about pressure

A doubt about inductors and capacitors

Doubt regarding definition of magnetic susceptibility

B Doubts about the mechanics of walking
2

A basic doubt (about inertial frames)

I Doubt about the 1st Law of Maxwell