In the TIL thread, I posted a link which had a number of imaged of an early proposal for the Apollo program.

I thought I'd use them to do a few renders of what it might have looked like, and point out some of the major differences from the final version.

First, what the craft in fully assembled configuration 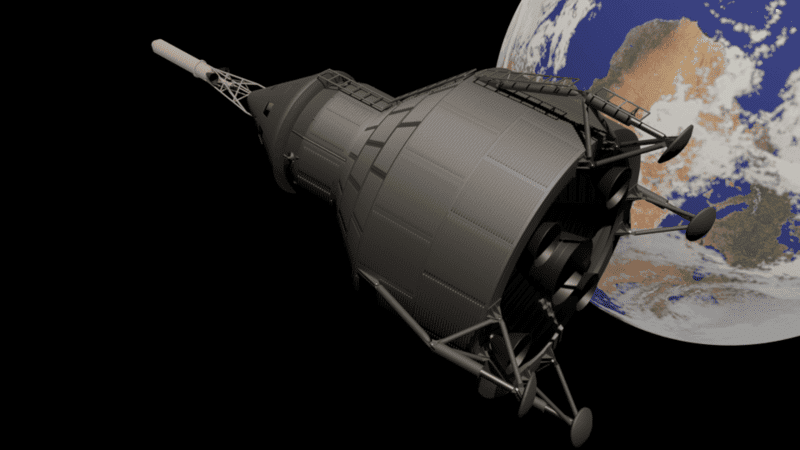 The plans where a bit shy on some of the cosmetic details, so a took some poetic license with that.
What immediately jumps out at you is that the whole Command module/service Module assembly was meant to descend to the Lunar surface. They hadn't come up with the separate lander and Lunar orbit rendezvous scheme at this stage yet.
Another thing to note is the plans showed no means for the crew to reach the Lunar surface, so took the liberty of adding a ladder. The only problem with this is that the designs included an airlock for the Command Module which exited through the nose. I'm not sure how they would have handled getting from airlock to Service Module ladder.

Another notable feature is that the Service Module incorporated hinged radiator panels and stored radar dishes the would deploy at some point. This GIF shows how this would work. The doors covering the radar dish compartments would close again after deployment.

Though there were two dishes, only one is visible here.

Landing on the Moon used a fixed J2 rocket engine and four thrusters mounted on gimbals. The four smaller thrusters were pressure fed from a Helium tank.
In these images the lander legs are in the default extended position. On landing, hydraulic struts would compress causing the legs to splay out further.

The SM/CM would leave the Moon initially by a solid fuel booster pack ( as shown here attached to the bottom of the SM) and four gimballed thrusters. 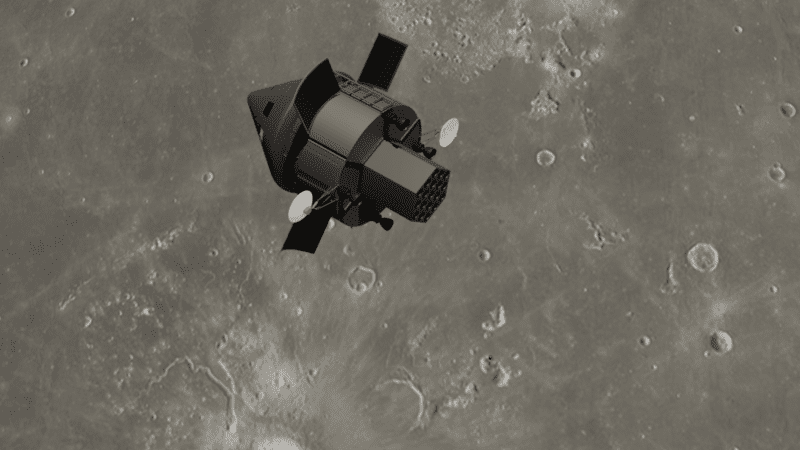 which would then detach, revealing another set of solid fuel boosters: 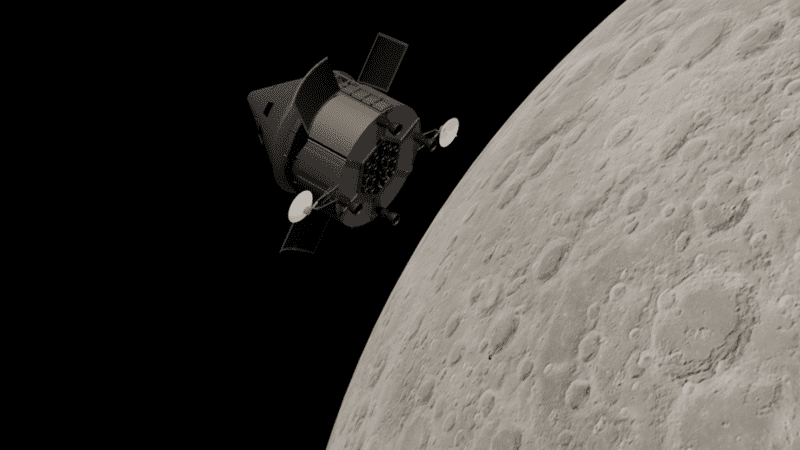 Here is the whole system expanded and labeled: 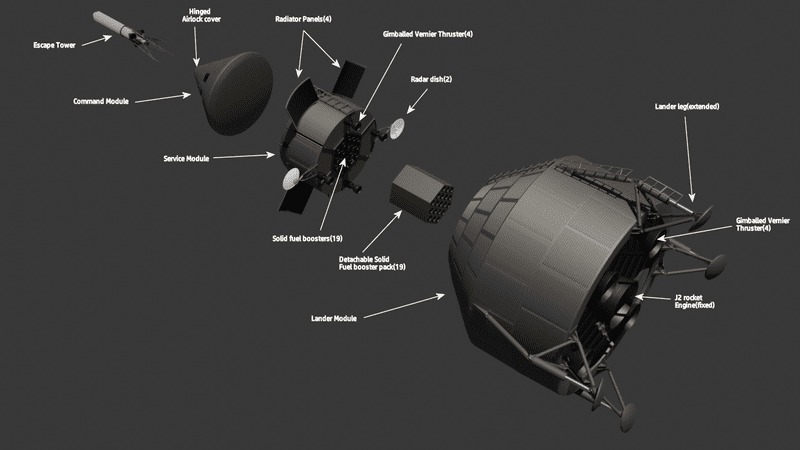 Vanadium 50 said:
That is beautiful.

How was re-entry supposed to work?

The same way it was finally done: The command module separates, turns around and reenters heat shield first. One difference was that it was equipped with a para-sail rather than parachutes.
Janus
Staff Emeritus
Science Advisor
Insights Author
Gold Member

The plans also included a sheet for a "space-lab". I'm not sure exactly what its purpose was.
Anyway, here's what it might have looked like docked to the CM/SM pair. 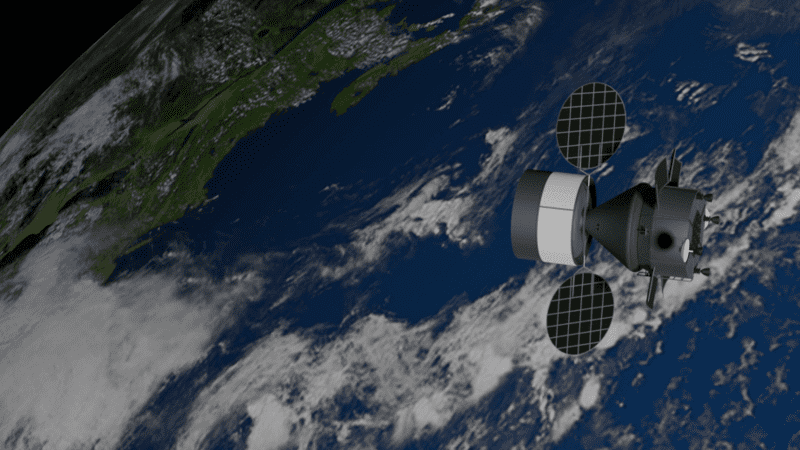 The solar panels would be folded over the end during launch. The arms they were mounted on could rotate on the lab's axis, and the panels rotated on the ends of the arms in order to keep them oriented to the Sun.
Share:
Share

NASA What did Apollo CM use helium for?

Any favorite books on propeller/impeller design?

New type of rocket propulsion design, and why it might not work?

I to design this turbine blade
2

2D vs 3D Method of Characteristics for Rocket Nozzle Design