i was researching einestein's life when it occur to me, who could be einestein favourite physicist, anyone??

I'm always curious why people have such a black and white view of things.

Do people need a favourite anything? Why do people feel the need to assign the title of 'favourite'?

Can a person not have a variety of people they like for various reasons?
jameslat

I agree with you. like my favorite person is myself (bc I'm awesome!).
Idealizing a person only creates a false atmosphere that the said person is perfect.
And with that assumption there can only be room for either perfection or utter failure.
And being that everyone is perfectly imperfect, there is only room for the failure.
humanino

Idk, some dude that invented relativity or something?
:P
JaredJames

w8 stien-I invented the g-4 bomb didn't he!?
or did he cut down tht cherry tree?
humanino

jameslat said:
Idk, some dude that invented relativity or something?
:P

humanino said:
Who is Einestein ?

Einestein’s favourite physicist must have been Zweistein, and he in turn adored the famous Dreistein, and as far as I know they all loved the Rolling Stones.
jameslat

yes those rolling stones were quite the bomb of physics back then.
DevilsAvocado
Gold Member

jameslat said:
yes those rolling stones were quite the bomb of physics back then.

... of course everything is relative and some say there were some beetles or bagels or whatever, that had some impact as well ...
Lacy33

To be sure, for a very long time Einstein's favorite physicist was Mileva. :!)
jameslat

now now let's be rational we want the truth!
then again what is the truth?
can we prove that anything is true?
bp_psy

Lacy33 said:
To be sure, for a very long time Einstein's favorite physicist was Mileva. :!)

That’s true Lacy. But when it comes to the real Einestein, there are rumors that he enjoyed spending warped quality-time with a different lady named Mieleva (and of course playing Rolling Stones at 110 dB and smoking his pipe, in the same space-time).

jameslat said:
can we prove that anything is true?

As far I can see, Einestein has showed us that anything is possible ... true ...

No! Niels Bore was Einestein’s Antagonist #1. They kept on fighting a whole life and the last words from Einestein was:

– You are sooooo boring and soooo wrong! :grumpy:​
jameslat

maybe it's not a question as to who was Einsteins favorite whatever, but why?
DevilsAvocado
Gold Member

jameslat said:
maybe it's not a question as to who was Einsteins favorite whatever, but why?

Well, maybe it’s time to stop the joking and be serious...

after all, it’s jsantos94 first post on PF, and even if it was a funny missepelleing + maybe an 'odd' question:

Niels Bohr was a much respected friend to Einstein, but they were different personalities. Bohr’s scientific work was introduced into the world by constant verbal communication, and he had his 'school' and his 'disciples'.

Einstein was different, he thought of himself as the "lone traveler", and he wrote that after the age of twelve he developed a "skeptical attitude towards the convictions which were alive in any specific social environment – an attitude which has never again left me". Einstein remarked in 1930 on his own:

"Pronounced lack of need for direct contact with other human beings and human communities, I am truly a 'lone traveler' and have never belonged to my country, my home, or even my immediate family with my whole heart. In the face of all these ties I have never lost a sense of distance and a need for solitude – feelings that increase with the years."​
And if we add these Einstein quotes:

"We can't solve problems by using the same kind of thinking we used when we created them."

"If you want to live a happy life, tie it to a goal, not to people or things."​
You’ll see that Einstein was not the 'archetype' for putting big poster on the wall and worshiping "old farts"...

But I’m pretty sure had all the respect for knowledge, intelligence and creativity, and his 'predecessor' on gravity, Sir Isaac Newton, must of course had influenced him. Einstein wrote in his Autobiographical Notes:

"Newton, forgive me; you found the only way which, in your age, was just about possible for a man of the highest thought and creative power."​
For Einstein – Nature was the biggest source of inspiration and admiration – preferably on his own ...

Time to stop all the seriousness, and joke around!

FlexGunship said:
Time to stop all the seriousness, and joke around!

Geeze, can’t anyone take me out of this madhouse...

to many smiles to be non-conspicuous...
DevilsAvocado
Gold Member

jameslat said:
to many smiles to be non-conspicuous...

FlexGunship has all the answers to these kind of questions, my stomach hurts, and I can’t hear my own thoughts anymore, I got to get out of this mess sooooon ...

j/w why is it tht a 100 people will post abt a crazy topic but no one will help me with my homework :(
FlexGunship
Gold Member

jameslat said:
j/w why is it tht a 100 people will post abt a crazy topic but no one will help me with my homework :(

Your question was: "Who was Einstein's favorite physicist?"

You told us that it "just occurred" to you to wonder about this. Now it's homework? So firstly, your premise was essentially a fabrication, and even if we put that aside you're asking us to answer a question that is fundamentally unanswerable by anyone except Einstein!

I suspect the goal of your homework was for you to give some critical thought to the problem and devise a reason why a particular physicist might have influenced or even inspired Einstein to perform the work he did. Now it's a question of your own imagination!

You are asking us to imagine what you might think a dead scientist's favorite scientist would be.

And you're getting on our cases for being silly?
jameslat

i understand this. i didn't ask the original question.

jameslat said:
i understand this. i didn't ask the original question. 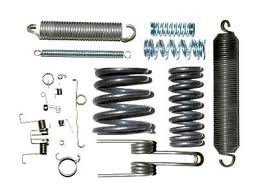 What is your favourite bread?
2

What are your favourite physics/mathematics misconceptions?
3

Is there any physicist doing research who was once an astronaut?

What is the reality of being a physicist?

Who was the most influential and important physicist?