We performed a small experiment in class which had us attach a mass to a string which hung on a pulley which led to a rotating object. 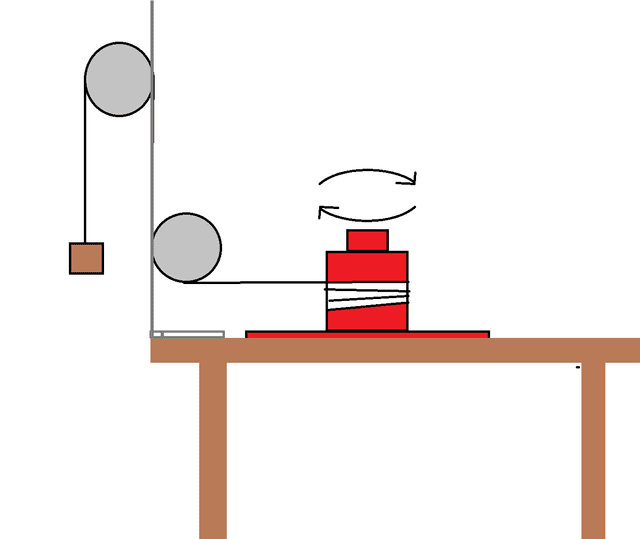 We were then told to write down a conservation of energy equation stating that the initial energy is equal to the final energy. We were asked to include kinetic energy (rotational, translational), potential energy, and energy lost due to friction which we found with Tf=f*r.

This is what I have setup so far.

I'm still a little confused about how energy is conserved if we're losing energy due to friction?

What am I doing wrong here?

f is the force of friction? If so, there are two things wrong with the -f term.
Arkavo

how in the world are you equating torque with energy
Painguy

haruspex said:
f is the force of friction? If so, there are two things wrong with the -f term.

Rotational Motion and Conservation of Energy

A
Energy in rotational motion