If there exists extrasensory perception, might it be immeasurable or itself imperceptible? 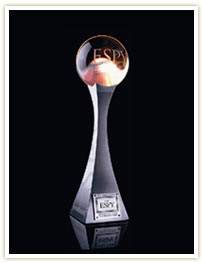 This kind of Espy?
Loren Booda

What kind is that?
MotoH

Yes, but no. I offer that ESP (extrasensory perception) is something akin to an observation observing itself.
Jack21222

Loren Booda said:
If there exists extrasensory perception, might it be immeasurable or itself imperceptible?

If it's immeasurable and/or imperceptible, in what manner can it said to exist?


"A fire-breathing dragon lives in my garage"

Suppose (I'm following a group therapy approach by the psychologist Richard Franklin) I seriously make such an assertion to you. Surely you'd want to check it out, see for yourself. There have been innumerable stories of dragons over the centuries, but no real evidence. What an opportunity!

"Show me," you say. I lead you to my garage. You look inside and see a ladder, empty paint cans, an old tricycle--but no dragon.

"Where's the dragon?" you ask.

You propose spreading flour on the floor of the garage to capture the dragon's footprints.

"Good idea," I say, "but this dragon floates in the air."

Then you'll use an infrared sensor to detect the invisible fire.

"Good idea, but the invisible fire is also heatless."

You'll spray-paint the dragon and make her visible.

"Good idea, but she's an incorporeal dragon and the paint won't stick."

And so on. I counter every physical test you propose with a special explanation of why it won't work.

Now, what's the difference between an invisible, incorporeal, floating dragon who spits heatless fire and no dragon at all? If there's no way to disprove my contention, no conceivable experiment that would count against it, what does it mean to say that my dragon exists? Your inability to invalidate my hypothesis is not at all the same thing as proving it true. Claims that cannot be tested, assertions immune to disproof are veridically worthless, whatever value they may have in inspiring us or in exciting our sense of wonder. What I'm asking you to do comes down to believing, in the absence of evidence, on my say-so.

From "The Demon-Huanted World: Science as a Candle in the Dark" by Carl Sagan
DaveC426913
Gold Member

Loren Booda said:
If there exists extrasensory perception, might it be immeasurable or itself imperceptible?

Well, even if the mechanism is not perceptible, at least the results will be. ESP is easily proven or disproven. Is it indeed a four of hearts, or not? (or other, depending on your preferred form of ESP).

There's little point in looking for a mechanism of ESP if you have not established that it even exists.


OK, say you establish that it exists. Some dude can repeatably produce an ESP result. What is the range? Does anything block it? If so, how big a hole does it need? You can rapidly determine properties of it, despite all its efforts to remain mysterious.
Loren Booda

Z
Especially unreasonable requirements to get your degree