I have 3 questions please

1. Why does Alcohol evaporate easier then Water?

3. Why do liquids when under a lower pressure evaporate easier then liquids which are under high pressures?

Is this homework? If it is, I think you have to attempt to answer yourself first.
IJC7

No it is not homework..finished school over 20 years ago...just starting to use a juice evaporator for concentrate
jetwaterluffy

OK then,
1) a) Water has 2 hydrogens bonded to the oxygen, while alcohols only have one, which means that water can form less hydrogen bonds. These pictures illustrate it. Notice water has 4 H-bonds, while ethanol has only 2.

These hydrogen bonds need to be broken for the liquid to evaporate, so a higher energy, and therefore temperature, is needed for the liquid to boil.
b) Alcohols have a non- polar hydrocarbon chain which gets in the way of hydrogen bonding, which the picture also shows. Less hydrogen bonding means a lower boiling point, as I have said before.
2) If you add salt to water, the dipoles on the water are attracted to the ions in the salt (this is also why it dissolves). These ionic(ish) bonds are stronger and more numerous than the hydrogen bonds in the water. This means it takes more energy to break them, so they are harder to boil. 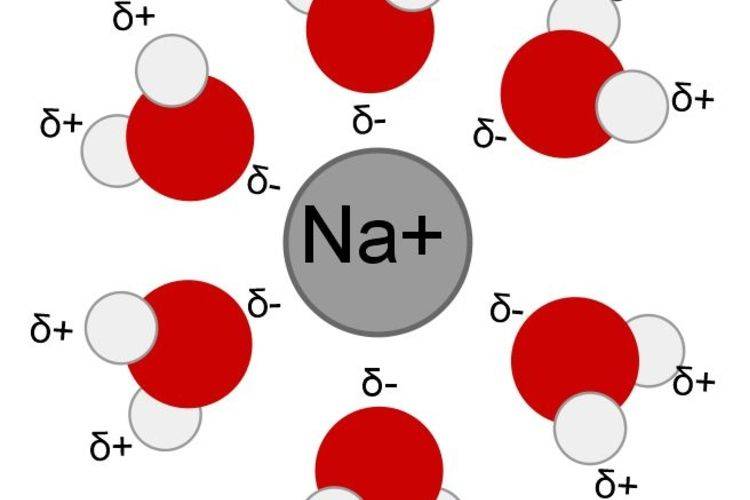 3) Because of dynamic equilibrium. In a sealed system, liquid is constantly changing into gas and gas into liquid, at the same rate, so the ratios stay the same. However, if a change is made to the system, such as a drop in pressure or the gas being blown away, the equilibrium ratios shift to resist the change. Vapour is a higher volume, and therefore generates a higher pressure, than liquid, so a drop in pressure means gas is created, via evaporation to raise the pressure.
If you need further explanations on any of the concepts I wrote above, just ask.
Last edited by a moderator: Apr 14, 2017
IJC7

Thank you for the reply.Much appreciated

Thank you for the reply.Much appreciated

Any drop in pressure makes evaporation more likely, as the liquid will evaporate to create extra volume to try to increase the pressure. As I said, equilibrium resists change. I don't know what the "negative pressure" thing is. If it means the pressure is closer to a vacuum (which I see as 0 pressure, but I suppose if you are counting from room pressure you can have negative), then a more negative pressure means more evaporation.
Habeeb040

Can any one help me in designing 3 effects falling film evaporator
You must log in or register to reply here.

Related Threads for: Evaporation of liquids

What is the time constant to evaporate a liquid

I Evaporative cooling: liquid helium in equilibrium with its vapor at very low temperature

Rate of evaporation and steam tables