General Solution of a Poisson Equation of a magnetic array

Hi,
I'll give some background, say you've got a planar structure of thickness 'd', lying on the z plane. Also say the upper and lower surfaces are y = 0 and y = -d, respectively.
The structure has scalar potentials inside it as so: 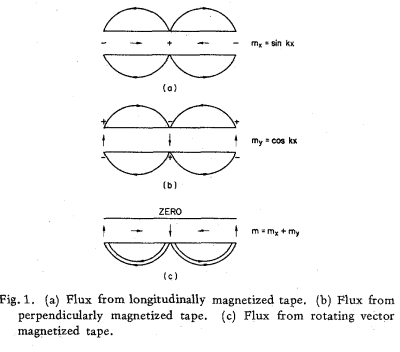 As you can see the vector fields cancel out on one side, As it says below, there is a Poisson equation of: 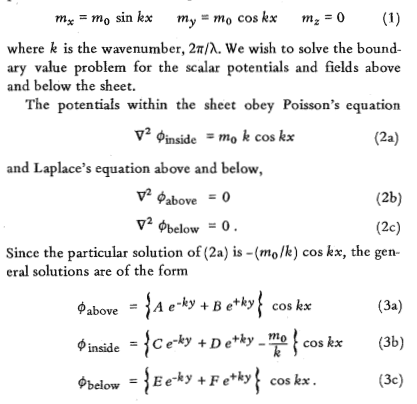 BUT I HAVE NO IDEA WHY that is the poission equation, I get that Fi inside is a scalar potential, but why is mok.cos(kx) the vector field?, not like mx+my or something instead? It looks like they've just differentiated mx and that's the vector function, maybe just a coincidence?
I also have no idea how that is the general solution? Specifically the homogenious part.
I get that for the part of the particular you can solve the Poisson equation of using method of undetermined coefficients with a guess of
(Asin(kx) + Bcos(kx)) and just differentiate that twice for del2:
(Asin(kx) + Bcos(kx))'' = mok.Cos(kx)
therefore: -A.k2sin(kx)-B.k2cos(kx) = mok.Cos(kx)
therefore: -A.ksin(kx)-B.kcos(kx) = mo.Cos(kx) and equating coefficients yields:
B = - mo/k
A = 0
so Yp = - mo/k * Cos(kx)

But why does the homogenous part have exponentials and y in them? I thought they'd just be zero.
If someone could explain that or even just why the Poisson equation is what they say I'd be greatful.
By the way, I understand that a Poisson equation that = 0 is a Laplace equation, but as far as I know The General solution = homogenious + particular, solutions. As you can see in (3b) the particular solution I worked out is in there, but so is the 'homogenous' aspect which I can't figure out. As you can see in (2a) the Poisson is non-homogenous (not laplace) but it must use a homogenous part in the method of undetermined coefficients, I expect, to find (3a) and (3c) as well as the afformentioned aspect of (3b).

The boundary conditions are given later (below) so I didn't think they were used to find the general solution. It would seem weird that I can find half of the solution and not the rest. And that doesn't explain how they came to that value of the Poisson equation. 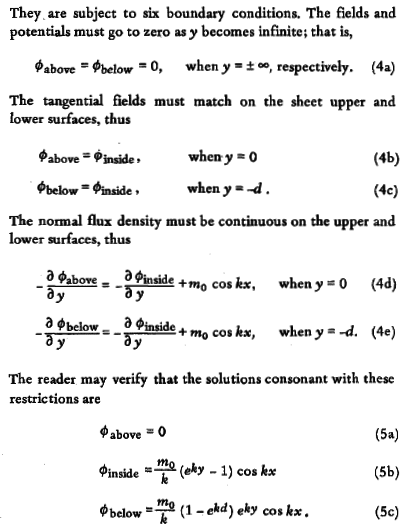 Thanks for the post! This is an automated courtesy bump. Sorry you aren't generating responses at the moment. Do you have any further information, come to any new conclusions or is it possible to reword the post?
Share:
Share

Magnetic Susceptibility of a Solution

W
General Solutions for a particle in a magnetic field

A general problem with magnetism

G
Resistance of a solution between two electrodes

Magnetic flux (and flux in general)

Physical meaning of a solution to the wave equation, related to Maxwell's equations