DaveC426913 said:
I completely disagree. I think the emphasis on technology has been at the expense of good writing. Producers these days are convinced that people will happily pay money to see all sorts of trash if it has enough sound and visuals to dazzle them. Unfortunately, the producers are right.

That is kinda the way I feel about video games now days.
binzing

What I think are stupid are books that get made into video games and vice versa (Tom Clancy, book to game, Halo, game to book anyone?)
TR345

I agree on that, but what is also bad is movies that get made into video games where you basically play out the movie. I bet they're fun for kids though.
binzing

To add on to my previous post about "Radio" I would have to say that Cuba Gooding Jr.'s character is a genius in the way he changes the small Southern town in the movie. Definitely a two thumbs up recommendation on this movie.
Zantra

and I think "Piano" was in the gifted/talented vane, though I never saw it.

But I'd like to point out that there really ARE no movies about really intelligent people who worked hard and succeded. What we have are a ton of movies about wickedly smart loosers wasting thier lives in some mudane lifestyle that they've acclimated themselves to in some vain attempt to deny thier blantantly obvious and sick gifts, until some event changes thier lives and smacks them a few times to remind them of this fact, so they can fulfill thier destiny and impress the mediocre crowd surrounding them, including thier obviously outmatched and unwitting supposed mentors,

Did I not just vaguely describe every movie mentioned in this thread so far?

I bet someone could write a program with the with an algorithm for this genre and churn out the next summer blockbuster randomly.

Personally, I'd love to know where's the movie about the the average C student who studies his butt off and becomes a doctor, or the smart guy who knows it, does what he's supposed to, fulfills his destiny, then gets bored after 5 years of doing his dream job because it sucks.

Zantra said:
Personally, I'd love to know where's the movie about the the average C student who studies his butt off and becomes a doctor, or the smart guy who knows it, does what he's supposed to, fulfills his destiny, then gets bored after 5 years of doing his dream job because it sucks.

There are several movies about kids that were not doing well in school and started studying harder and got better grades. Most of them center around the teacher that was their inspiration.

And I can think of at least a few movies about people who had the "perfect life" and decided it sucked.
_Muddy_

what are "genius movies"?
Darkiekurdo

Real Genius was more comedic than anything else. A little bit too gimmickly and make-believe =)

Pi was pretty cool, but got bizzare near the end.

Next up is "Searching for Bobby Fischer", Little Man Tate, and Proof. After that I'll re-read the thread for more. I prefer the more serious one.


Again, my thanks for the reccommendations.
Last edited: May 31, 2008
stevebd1
Insights Author
Gold Member

I know this is a bit of an old post but I recently saw 'Dark Matter' and felt compelled to add to this thread. 'Dark Matter' is ok and rambles along quite nicely for about an hour or so but the ending had me shaking my head as the change in tone was too swift and there was no real indication that he was in this much trouble. While the director said the film is only based loosely on true events and that he made the film to demonstrate the pressure that Chinese students sometimes feel, I think the shift in tone could have been done better (especially after his end of year presentation which seemed like a wasted opportunity and the possible turning point in the quality of the movie for me) but I would still say the film is worth a watch. It was interesting to see Meryl Streep having dark matter explained to her, even if it was in a very watered down form, and Adran Quinn was good also.

Proof which has been mentioned is also worth a look and another film not mentioned is Primer (which you could loosely describe as being a film about hard working genii(?))which I would recommend and I guarantee will have you scratching your head at about the 1 hour mark, and will require a second viewing.

Steve
cti97
What about "Good Will Hunting"

The main characters in Primer could almost be considered "geniuses." They were engineers at any rate.

The plot will make your head hurt, though.
Pr0x1mo

Jack21222 said:
The main characters in Primer could almost be considered "geniuses." They were engineers at any rate.

The plot will make your head hurt, though.

The Director of the movie Primer, Shane Carruth, is actually a mathematician. He quit his job to teach himself film for 3 years, got 7k, and voila, made the beauty of what is Primer.
Greg Bernhardt
Admin
Insights Author

You mean the one with Fred Savage? lol 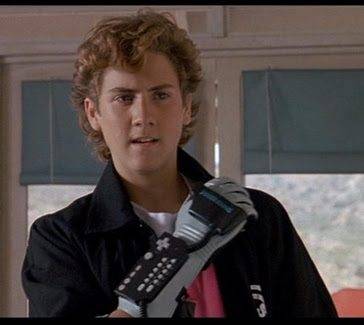 I'm surprised no one has mentioned October Sky. About small town high school nerds in the 50s who have a passion for building rockets. I don't want to give a review cos I might give away too much.
powerflow

Torn Curtain (Hitchcock!): A Western physicist is missing one piece of the problem. There is one person in the world who solved it, but he's a scientist from Eastern Germany. So the Western guy tries to find him and trick him into showing him the trick.

There is also an interesting movie I remember, but I can't think of the title. It is about a young black student who loves writing. One day, he loses his backpack to some writer who has himself enclosed and fears the outside world. The writer corrects his stories. So the young guy starts frequenting the writer's house, they become friends, the writer becomes more human etc. What's the name of this one?
Amar.alchemy

Rudy - not a science movie but definitely an inspirational movie
You must log in or register to reply here.

Movie: A Beautiful Mind (the story of genius John Nash)

Were the geniuses at?
3