Hey, as you might know, some scientists ( or studiers of science ) gain some sort of inspiration from certain sci-fi books ( such as asimov? ). I'm a math student, but I've never *really* been into sci-fi ( especially not the "technobabbley" kind ), but I have to say that I've been reading a sci-fi book at the moment, and it's very inspiring to me! (inspiring my math passion )
If you haven't heard, the two Jurassic park novels by Michael Crichton borrow ideas from math (chaos theory, dynamical systems ) and the second novel even "stars" a mathematician ( Ian malcolm ). I've finished the second one, and now I'm starting the first ( they don't really go in order, and besides, I've seen the movie like a hundred times). I'm already almost done the first so I've been wondering about what I should read next.
Any recommendations? Thanks! :)

( P.S. and remember, I'm not a physics student, I study mathematics )

wisvuze said:
...I'm already almost done the first so I've been wondering about what I should read next.

( P.S. and remember, I'm not a physics student, I study mathematics )

You don't have to be a scientist to enjoy reading sci-fiction (nor a physicist in particular). Still, if you are looking for a...uh...sort of "Math-fiction-esque" book, well then I highly recommend... 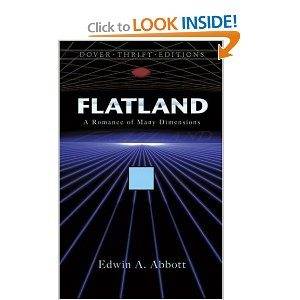 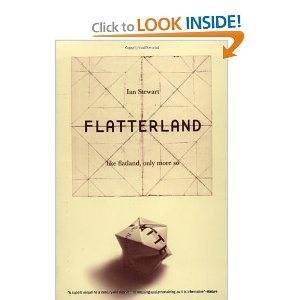 I've spent a lot of time reading sci-fi books lately, so here are the author's who's books I've read:

They're all fundamentally different in writing styles and setting type so here's a small tidbit of information on what kind of books they write (you can look them up too):
Iain M. Banks: The books are based in a utopia society run by AIs. Each book has a self contained story but, as always, references previous novels based in the same universe. He tried to mix up the kind of story each book focuses on, so you get quite a bit of variety throughout his novels. He has a really artistic writing style, which I tend to enjoy.
Alastair Reynolds: He writes really hard sci-fi. His books tend to be kind of gritty in their feel, and have built in limitations to the story such as the impossibility of FTL travel. I believe he's an astrophysicist and from what I gathered out of his books, he likes to incorporate M-theory into the story (I don't 100% support that, but it works).
David Louis Edelman: He is a relatively new author and I believe that currently his only books available on Amazon are his Jump 225 trilogy. They have a much different feel than many other sci-fi books as they are in a corporate setting. I thoroughly enjoyed his books and would highly recommend checking him out.
Neal Asher: I'm still in the process of reading his books (I'm on the second book of the Spatterjay series). The books are set in another society run by AIs, and I would have trouble explaining the basis of his writing, so you should just read up on him.
Peter F. Hamilton: He writes sort of generic sci-fi books. I don't feel like a lot of his concepts have very plausible scientific basis, but if you want something that is thoroughly entertaining, and will use a lot of your time, I would recommend him. He writes really really long books, in that he will create a story out of two 1000 page books, without any real separation between them.

As you may have noticed, I choose my authors based on their ability to kill time. I tend to lean towards authors with multiple books set in the same universe because if I really enjoy one of their books, I find comfort in the fact that there are more of them.

I don't know if that's the kind of thing you're aiming for, but I hope this helps.
mind

http://www.fantasticmetropolis.com/i/division/full/ [Broken]
Last edited by a moderator: May 5, 2017
Borek
Mentor

This looks sweet! I'll totally check it out aha -- thanks
PhDorBust

For hard sci fi, I'd recommend you start with the big three: Robert Heinlein, Issac Asimov, and Arthur Clarke.
Altai

As a boy, I did like Jules Verne's books. And I still do, to say the truth. :)
Altai

I also like the books written by Arkady and Boris Strugatsky (the Strugatsky Brothers) - two Russian sci-fi authors whose books have been translated to English.
http://en.wikipedia.org/wiki/Arkady_and_Boris_Strugatsky
ThomasEdison

Richard K. Morgan (Altered Carbon and the other two in that series if you're interested)

I've read most books by those authors (in some cases all) excluding David and Peter Hamilton.


I might have enjoyed the Neal Asher books the most consistently. When Iain Banks is good ; he's great (second to none,) but he is hit or miss for me. I don't like his recent Culture Novels ; I prefer the older ones like "Player of Games."

I don't consider any listed as Hard Sci-fi except maybe Stephen Baxter or Ben Bova. Maybe Rudy Rucker is; I'm not sure. Rudy Rucker wrote an unauthorized sequel to Flatland called Sphereland which I enjoyed. I loved the original Flatland but I can't get anyone else to read it because they think it's sexist (which it is not.)

There is also Philip K Dick.

Two authors that should not be left off of Sci-fi lists:

King David's Spaceship is a terrific book by the former, The Mote in God's Eye is a great one co-written by the two of them. Niven is a celebrated author, with the obvious recommendation being Ringworld.

It's not true sci-fi, but I just finished the Hunger Games and I found it to be a real fun read. Very simple, but a great lazy weekend style book.
M Quack

Greg Bernhardt said:
It's not true sci-fi, but I just finished the Hunger Games and I found it to be a real fun read. Very simple, but a great lazy weekend style book.

Agreed. I think I knocked out the first book lying on a sun lounger in an afternoon. Aside from some contrived/unconvincing behaviours on the part of some characters I found it a simple and enjoyable trilogy.
Greg Bernhardt
Admin
Insights Author

Ryan_m_b said:
I found it a simple and enjoyable trilogy.

Greg Bernhardt said:
I just ordered the other two books. We're they just as good?

Another good one is Greg Bear's Darwin's Radio.

Niven/Pournelle's Mote in God's eye is one of my all time favourites. I've enjoyed some of Asher's Polity novels (especially the Spatterjay ones), Banks has a few good novels but his style takes getting used to. On the other hand I was disappointd by PF Hamilton - completely predictable.

I will certainly look into some of the other books proposed. Keep them coming :-)
Borek
Mentor

Now that the Niven was mentioned... It is surprising how sometimes writing style changes the ease of reading. I have no problems with reading Clarke (or King, or Grisham, or Clancy, or Archer, or Tolkien, or Pratchett - I list them cause I can see their books from here), but Niven books are much more difficult. There is something funny with his English, which makes understanding him much more difficult.

Note it is just my personal opinion, and English is my second language.
turbo
Gold Member

Herbert's Dune is a classic, though the sequel materials were so-so at best, IMO.
Heinlein's The Moon is a Harsh Mistress is a good read - one of the best books of my teen years. I haven't re-read it since, so I don't know how well it held up over the years.

When I was younger, I couldn't afford to buy all the science-fiction books I wanted, so some friends and I would each buy them as we could afford them and then swap them. Unfortunately, that meant that most of those books drifted away in swaps, and I never got them back.

Somewhere, there is probably a "black hole" person who failed to pass on the books and has a great library of them.
Borek
Mentor

turbo said:
Somewhere, there is probably a "black hole" person who failed to pass on the books and has a great library of them.

Yep. But he keeps them on the floor, as people never borrow shelves, just books.
turbo
Gold Member

Borek said:
Yep. But he keeps them on the floor, as people never borrow shelves, just books.

Could be, though I was leaning toward him storing them in stolen plastic milk-crates.

As Bill, Mark, and myself (and others in our circle) bought and read the books we wrote our names inside the front covers before trading them. That might not have been a good idea, since there was a marginal chance that we might have gotten them back if we had not acknowledged that we had read them yet.

I would love to have some of those classics back, but it would be $$$ to get them. The price of paperbacks has soared.
Evo
Mentor

I just started reading "Tool of the trade" by Joe Haldeman, I'm having trouble putting it down. It's listed as a "sci-fi thriller". So far I'm loving it. Anyone else read this or any of his other books?


Imagine being able to control the human mind. The power, the possibilities, the world-shattering consequences.

From the back of the book

Meet Nicholas Foley--KGB mole, a man living a dangerous lie behind the smooth facade of a manufactured American identity.

Meet Nicholas Foley--secret inventor of an awesome device that gives him ultimate control over the human mind!

Now, as his KGB masters try to activate him, Foley must decide which side he is really on--and who will have access to his device and the mind-boggling power it can wield--for the good of humanity...or for its ultimate destruction.

Author's Biography: Joe Haldeman has served twice as president of the Science Fiction Writers of America and is currently an adjunct professor teaching writing at the Massachusetts Institute of Technology.
turbo
Gold Member

I read some of his stuff that was serialized in pulp magazines. My friend's father subscribed to them, and I got to borrow them.
jim hardy
Science Advisor
Gold Member
2019 Award
Dearly Missed

"Widget Wadget and Boff" a long, heartwarming short story
Ether Breather" series made me laugh 'till i cried
"Never Underestimate the Power" as timely today as in 1950

and anything by Robert Sheckley, most imaginative guy ever IMHO.
Log in or register to reply now!

Good sci-fi movies about the afterlife

Help me remember a sci-fi book