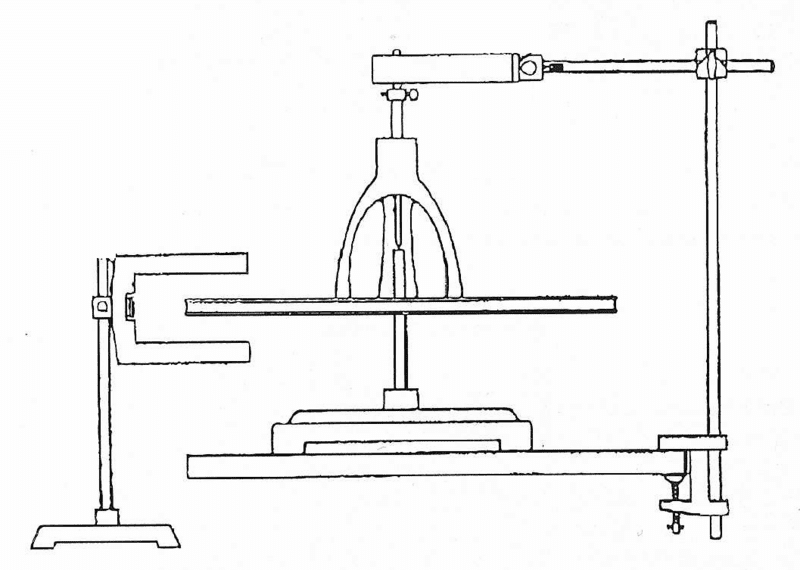 Minus the horse shoe dector on the right hand side. During this set-up up we need to find the point where the balance point and centre of gravity are equal (as I understand) here is exactly what my script say

"Centre of gravity
Now set up the gyroscope so that it is balanced on the V-shape stand base with gyroscope
support pole as shown in the figures below. If the balance point is exactly at the centre of
gravity, then the gyroscope will remain at any orientation without falling or righting itself.

Try altering the length of the gyroscope spindle by changing the position of the locking
screw, as shown in the figure. Identify the position corresponding to centre of gravity. This
will approximately correspond with the line marked on the axle. However, for the following
measurements the position must be known accurately, so make a record using the vernier
callipers."

and the accompanying diagram to show the adjustment. 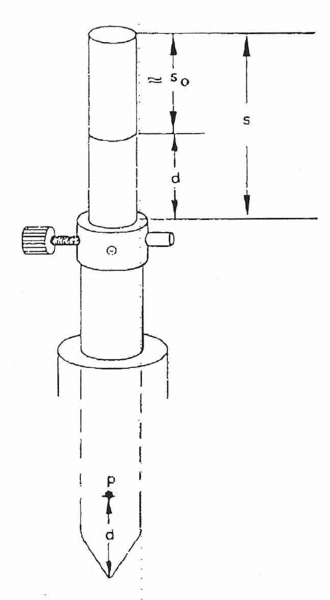 So as I mentioned my understanding of this, is that once the centre of mass is found, say I tilt the gyroscope on the left slightly then it would stay in that position, it would not topple over or correct itself back to its true centre of gravity?

But what I am currently trying to figure out is, dose the centre of mass play a role in the nutation? What I mean by this, say that the gyroscope was not balanced i.e adjust the length as the script has mentioned and it was set into motion and precession was recorded would the nutation effect increase or decrease, I feel there is some relation between centre of mass and nutation but I cant quite seem to fully understand the concept.

Could someone please advise, many thank in advance.

I was not able to figure out how the text relates to the diagram. One cannot see exactly what connects to what and how.
Please repost the diagram indicating which parts constitute the gyroscope, which the V-shaped base, and which the support pole.
In particular, I understand from the text that the gyroscope axle can incline from the vertical, yet in the diagram there appears to be a clamp at the top to hold things vertical.
Log in or register to reply now!

Precession of a Gyroscope

Precession of a gyroscope.