Hello guys happy new year, i need opinions on some mobile phones, im thinking of buying alcatel one touch pop c9 or Samsung ace 4 LTE, i have searched and compred them but i cannot really choose, samsung is known as an original and good company but i think that the phones it produces are overpriced for what they offer, on the other hand this alcatel phone seems to have very good specifications but as far as i know alcatel isn't the best company out there...Any suggestions from users? and other phones that would be good? I dont want to spend over 200euros i think the max money i can afford is 180...but i'd prefer phones under this price..Maybe there are new phones coming soon because of the new year..i dont know..I'd really appreciate your help
thanks in advance :)

If I were to switch to Android I'd definitely go with Samsung. Have you been to a phone store and checked some out?
Kostas Tzim

Ye, i already have...but...you know i couldn't really decide there.The problem with samsung is that this alcatel (one touch c9) seems to have better specs.and its cheaper...I was planning to buy a mobile from an asian online shop that has chinese phones which seem to be number 1 but i had not guarantee and i was afraid of my money..then on the other side o find Samsung phones kind of overpriced.....i'd like more opinions...Are you a samsung user?
Greg Bernhardt
Admin
Insights Author

Kostas Tzim said:
Are you a samsung user?

lol okay thanks by the way :)....So someone else? hehe
Mark44
Mentor
Insights Author

Maybe something like this? Preferably with about a three-foot whip antenna. 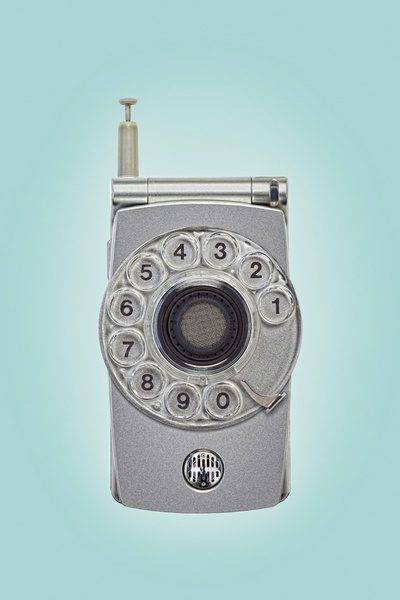 Link to a comparason with the LG G3:

It may be too late, but if you are switching to Android and buying an unlocked phone, do consider the Google Nexus. I have a Nexus 4 (no longer the latest) and absolutely love it. Because its from Google, you always get the latest Android updates. The Samsung phones are also really nice--but they have been branded by Samsung in certain annoying ways, so the software is a little odd. I love everything about the Nexus, including that I can move to another carrier if I want to.
Kostas Tzim

Thanks for your answer i havent bought a device yet, but i consider choosing one right now (january) is not that good an option. I decided to wait a little bit longer in order to see some new phones maybe. I like google nexus device especially 5 but i cant afford it, also samsung phones are really overpriced but sumsung is an authentic company. And im really thinking of buying a phone from an asian supplier...sites like to2c.com or aliexpress or vickmall. but if i do that i have no guarantee :( Anyway id like to see what you think :) thanks for answering btw
harborsparrow

I live in NJ and use the Google Nexus 4. I do not have a monthly plan or a data plan; instead, I have a pay-as-you-go account with T-Mobile. And I bought my phone "unlocked" and brought it toT-Mobile. I get by without paying for data because I live in a town where there is wifi at many places (and I have wifi at home). I don't have wifi all the time, of course, and so in some locations, I have no data, but I can still text and make voice calls. I pay about $150 total per year for voice calls and texting. The downside is, that T-Mobile has very good connectivity along major roadways and in cities, but not so much coverage in remote rural areas. So this would not work if you live off in the mountains or the boonies somewhere, but it would work in most major U. S. metropolitan areas.

T-Mobile is the only carrier that will let you pay-as-you-go without forcing you also to buy a data plan.

The Nexus 4 does not have the latest radios, and so I could not use it with Verizon, but the Nexus 5 does and could be used with most carriers. The Nexus 4 is available via eBay used for much less than a new one costs. I've seen them there for < $150 with the smaller memory size, which is enough for most people.

Another benefit to having a Google-branded phone, besides it always running the latest Android, is that it syncs with Google Calendar, Gmail and my Gmail contacts list. So I never lose data, even if I lose the phone. Google makes it all very, very easy. I had to turn off syncing on some Google apps because it was lowering my battery life, but that is easy to do in the settings. And, there is 0 ad-ware on a Google phone--and tons on a Samsung phone, so it seems.

I consider it a scandal what people have to pay for data plans. That said, I do occasionally really need data. So for that purpose, I have a pay-as-you-go hotspot device from T-Mobile. It is not even the latest device that they sell (only gets 3G not 4G data, but it's fast enough). I can buy a month's worth data from $30 - $60 depending on how much bandwidth I need. I am required to use it every three months or it expires and I have to go to a T-Mobile store to renew it, which is annoying but not the end of the world. I use it about twice per year. The disadvantage is that the hotspot is a separate device. The advantage is, you can connect like 10 devices simultaneously to the internet using a hotspot. And, it's signal coverage is about the same for T-Mobile--works well in cities, not so well in the boonies.
Last edited: Jan 14, 2015
Share:
Share

S
Dial up with a mobile phone

Anyone Here Use Prepaid Mobile Phone Plan to Save $$$?

G
How come my mobile phone recharged in 5 minutes?