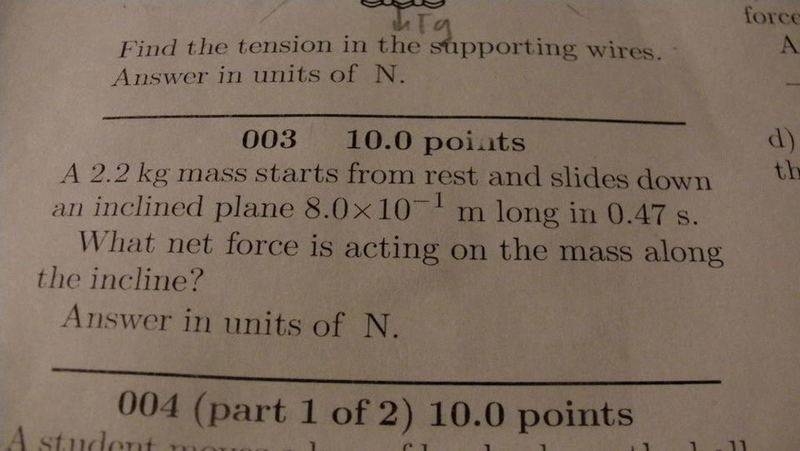 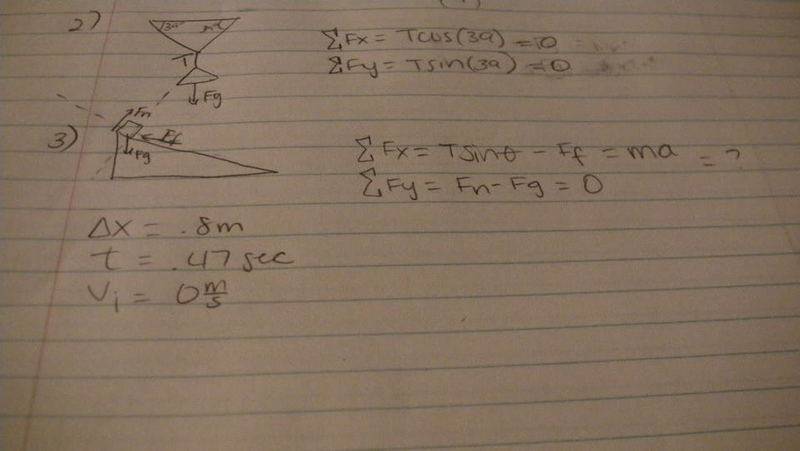 I really am lost after that. Any tips? Did I even write the next force equations correctly? :\

(Hint: the problem statement doesn't ask you to distinguish between gravitational force, frictional force, or any other particular forces. It's only asking you to find the overall net force. Knowing the distance, the time it takes to accelerate over this distance, and finally the mass of the object are all you need to calculate this net force.)

[2nd edit: You could calculate the direction if you knew what the friction coefficient was, or knew you were suppose to assume the plane is frictionless. But since the problem statement doesn't say anything about friction or lack thereof, or whether or not there are some other forces besides the obvious, there's not enough information to determine the direction. I'm guessing the question is just looking for the magnitude.]
Last edited: Nov 9, 2010
Share:
Share

Help with physics homework on forces?

Help with a few homework questions on force: