I have a question possibly someone can help with.

I provide basic remote GSM monitoring for a client of mine which we count pulses from an energy meter to count KWh's. I am able to provide basic energy costs based on the tariffs provided by the utility company. To provide a more accurate cost of energy I need to be able to work out the KVArh.

Here are the known inputs and outputs,

Question: is it possible to work out the KVArh from the KWh readings?

your assistance would be greatly appreciated.

Based on the info you have provided I would say no. You will need at least one more piece of data - depending on how accurate you want the result. Since you are using pulse data I am assuming your data is very limited.
Heafield

Windadct said:
Based on the info you have provided I would say no. You will need at least one more piece of data - depending on how accurate you want the result. Since you are using pulse data I am assuming your data is very limited.

Hi Windadct, is there a key input that would assist me in extrapolating KVArh from KWh that I am missing?

Not to joke but KVARH - if you have amps for example, you could do the calculation ASSUMING constant Voltage - i.e. less accurate. KVWH meters look and behave exactly the same as KVARH - one measures REAL power = Watts = Volts*Amps REAL, one measures REACTIVE POWER = VAR ( Volts * Amps Reactive) .. the REAL issue confuses a lot of people.
There are relatively low cost methods to measure the key parameters - but if the measurement is not there, you can not figure this out based on the data you listed above. - In short a simple pulse stream will not get the data you need.
Jeff Rosenbury

Heafield said:
Hi Windadct, is there a key input that would assist me in extrapolating KVArh from KWh that I am missing?

A number of data could be used depending. Power factor would be useful if it remained more or less constant (or you were able to sample it as well.). What he's using the electricity for could also provide a crude estimate. Power company charges might help as well. (They sometimes charge extra for reactive power.)
jim hardy
Science Advisor
Gold Member
2019 Award
Dearly Missed

Heafield said:
Here are the known inputs and outputs,


If all you have is pulses from KWH meters
then
so far as your computer knows KVARs are not even measured.

Inquire of your client if he has KVAR meters that you could monitor. Sometimes they're called Q-meters.
Last edited: Jun 30, 2015
EverGreen1231

If all you're getting info from are KWh meters then that's what you've got. If you want KVAh, of any sort, I would think you'd need to get something from a meter that's measuring KVAR's...if you had that, then you could derive KVA pretty easily.

NOTE: I'm no expert on metering, this is just from what I catch around the workplace...
anorlunda
Staff Emeritus
Insights Author

Heafield said:
Hi Windadct, is there a key input that would assist me in extrapolating KVArh from KWh that I am missing?

While you are right from an engineering perspective, this seems more of an accounting issue.

The real question is, how accurate does this need to be. Since it's only sampled, I'm assuming not that much.
anorlunda
Staff Emeritus
Insights Author

To measure, there are two approaches.

Jeff Rosenbury said:
Since it's only sampled, I'm assuming not that much.

KWH they'll want to great precision because that's revenue.
KVARh they'd probably accept with less precision because it's an adjustment, but significantly as Anorlunda pointed out KVAR will need to be integrated .
Just to average sampled instantaneous power factor readings would be a mistake of arithmetic

KWH meters perform a real time integration to report energy from a power measurement.
I'm accustomed to the old electromechanical type with a rotating disk. They are remarkably accurate especially considering how long ago they were invented, late 1800's. Ours gave a small number of contact closures per turn of the disk (two or four or six i forget ).
Each turn of the disk represents so many watt-hours and that is indicated on the meter face by Kh . So one adds so many kwh to his running total upon receipt of a pulse. 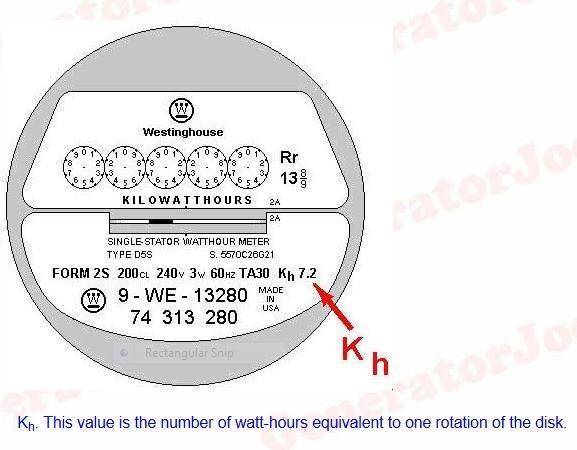 Page 169 of this PDF begins a detailed explanation of the disk KWH meter.
ftp://ftpdoe.water.ca.gov/MandEprojects/Electrical/desarno/public/EEI%20Hanbook/Handbook.pdf

You could purchase a Watt/Var transducer for real time measurements and integrate as needed. Here's one from Omega. 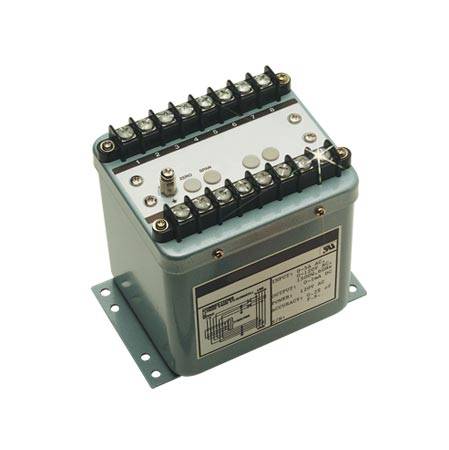 In your original statement you gave the Knowns (3 ph and V) and the Output ( pulses) -- but reading this again I have to ask.... Is the utility billing for VARs and how are they measuring them? If the cost of the energy is including some VAR measurement - then there should be a meter for them, if oyu have acces to the Pule outout of the utilities WH Meter - then you need access to their VAR Meter.
If the customer has installed his own meter to be able to cross check the Utility - and he only has a WH meter - then you can not get a VAR number accurate enough for revenue. If the Customer's self-installed WH meter is a socket type it can be replaced directly with a higher function meter. EI 1262.

Still based on the data in your original post - you can not figure out the VARs without adding metering or finding a new data point.
dlgoff
Science Advisor
Gold Member

Windadct said:
If the cost of the energy is including some VAR measurement ...you need access to their VAR Meter.

Absolutely. For billing, a transducer isn't acceptable.
Log in or register to reply now!

Working out KWh if you have KVArh and PF

How to build a kwh meter?

How to correct for a Leading Power Factor (kVArh)