Lights out on pre-lit tree

TL;DR Summary
I have a very expensive Christmas tree with two dead branches that drive my wife crazy. Help save my christmas!

I have a Christmas tree that's pre-lit. The basic setup is each section of the tree has power, and a strand of wire that comes out and wraps around the tree. That strand passes through a bunch of green plastic connector things, which appear to be a splitter of some sort - the strand goes in and then out of one end, and on the other end another wire comes out that powers all the bulbs for the branch. The splitters have a little green tab that looks like you are supposed to push it, and then something happens though I have no idea what.

I attached a couple pictures that hopefully illuminate the situation.

So I have two branches out of like, 100 that are dead. My theory is that the connector/splitter things are junky- either it shorted, or disconnected internally, or something. I'm worried about breaking the other 98 branches worth of lights doing anything though. So I guess my question is, can I actually disassemble this green splitter and try to rewire this in a way that isn't a horrible idea? In particular is the little tab actually intended to be a way of assembling/ disassembling, or am I just going to break it trying to push the tab and pull the wires?

I don't know what I'm looking at in those pics. 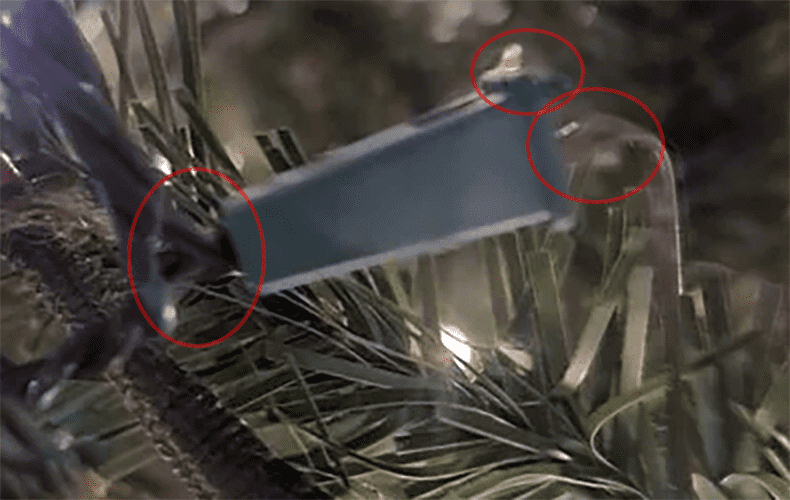 These Christmas string light problems can be frustrating, as you now know.

I would try these two things in order at first:

** use my DVM in AC voltage sense mode to figure out if the bulbs should be getting AC voltage or not. If you don't know how to do that, just ask and we can guide you.
DaveC426913
Gold Member

I think berk is wise. I'd look a the standard causes for string light failure before opening up closed components.
Borek
Mentor

Note: these bulbs have two wires inside, one that glows (and it can burn out) and one (in parallel) that just shorts the circuit. So even if the bulb doesn't light up doesn't mean that's where the circuit is broken (although the working ones definitely don't break the circuit).
rbelli1
Gold Member

Borek said:
one that glows (and it can burn out)

Fuse. The normal voltage across the un-fused bulb is only a few volts.


Borek said:
and one (in parallel) that just shorts the circuit

Anti-fuse. This one is coated with an insulating material that breaks down and shorts once the voltage reaches a suitably high voltage. It is only electrically connected to the circuit once that happens.

Suggested for: Lights out on pre-lit tree

Hanging a basketball wooden backboard on a palm tree

Misc. I want to mechanically detect when an egg-timer runs out - ideas?

Misc. How to thin out the back without making any scratches on the surface (earrings)