do you think there are biological limits to our capacity to understand physics or mathematics?


could it be that in the distant future, no scientific progress could be achieved using the human brain, and we have to depend on superhuman level ai to do the work for us?

A dog brain is incapable of learning everything we know, I don't know why we would assume our brain can learn everything
BillTre
Science Advisor
Gold Member
2022 Award

Its my opinion that any computational thing (like a brain) will have some kind of limit.
Will it be a significant limit? Who knows, or depends.

However, in the distant future, the human brain (or perhaps that of species derived from current humans) may be wired in different ways, which could have different limits. Perhaps a bunch of different ways on different human derived species.

On the other hand, I think human understanding is pretty wide open in its capabilities.
Working out the understanding is the difficult thing.
Once that is done, great and significant advances in understanding can usually become fairly widely understood, if the concept can be "easily" transferred (communicated) to others.

This underlies some science fiction stories I have read long ago (a generation of kids grow up with a new understanding from adults and things change socially).
hutchphd
Science Advisor
Homework Helper
2022 Award 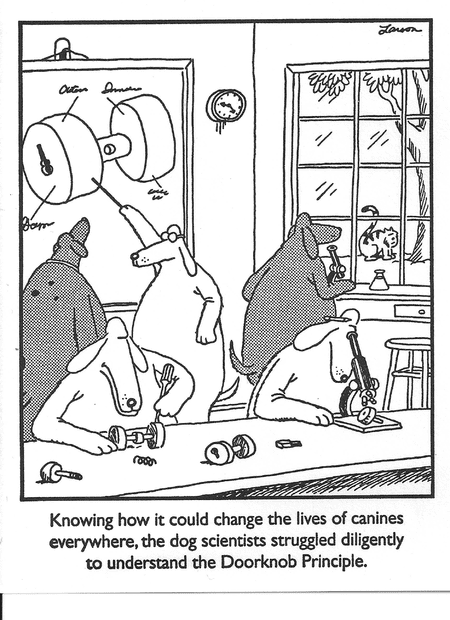 I ended up going with Yes. It seemed to reduce down to a question of whether or not you had faith in the future of science and mankind.
Jarvis323

I guess it's obvious that one human being can't know everything. One way to approach the question though is to look at human beings collectively as a model of computing, and assume our species lives on forever. Then it becomes a more interesting question to me. One question is the problem of taking information then decomposing it into smaller atomic parts that are each understandable, and then take those construct the objects one level higher (can we understand how to do that), and then keep going, making use of abstraction and treating abstract objects as black boxes. This is basically how we manage complexity and are able to build complex things like modern computers and other things. So how far can this take us?

This to me is an interesting topic for mathematics as well. Even now some people submit proofs hundreds of pages long that few can understand or determine the correctness.

As AI begins discovering things and we rely on those discoveries, it will be nice if humans can keep up and understand those discoveries too. So we will need an effective way to communicate with AI. I think, given the challenges we have communicating mathematical proofs that are 100% objectively verifiable, it would be a good start yo revolutionize how we write proofs so that others can systematically break them down, understand them, and verify them. I think we need better formalization and standards for how we construct and communicate abstractions. Once we've achieved this, it could be applied for communicating with AI probably.

If you take human beings collectively, and compare that with computers, then I think humans together might have at least the same power in trrms of computability. But one individual can only do and learn so much.

Edit; Actually it is probably the case that even an atomic object could be too large to fit in any human brain whereas a computer could scale up. At that point it is s question if multiple humans can team up to tackle a single vast atomic/non-decomposable chunk of information. Also even the parameters of one black box can be too vast.
Last edited: Apr 20, 2022
256bits
Gold Member

beamthegreat said:
do you think there are biological limits to our capacity to understand physics or mathematics?

beamthegreat said:
could it be that in the distant future, no scientific progress could be achieved using the human brain,

beamthegreat said:
and we have to depend on superhuman level ai to do the work for us?

@hutchphd, in post #4, are they Weimaraners, by any chance?
Oldman too
Gold Member

I have put no because I am not sure how else the human being can evolve in terms of understanding mathematics and physics biologically. What does that mean? Bigger heads to hold a bigger brain? We are probably already there evolutionary speaking and have been for a long time.
Edit. For the second part. We already depend on computers but it is a human invention, no one gave it to us. It evolves as we evolve scientifically and technologically.
Last edited: Apr 21, 2022
pinball1970
Gold Member

Office_Shredder said:
A dog brain is incapable of learning everything we know, I don't know why we would assume our brain can learn everything

Dogs are good at what they do, being dogs. Running round chasing cats barking and being friends with humans. They have never been any good at computers and or maths. Despite what Chad Orzel claims they have always been rubbish at quantum physics.
Share:
Share

Suggested for: Limits of human understanding

Milestones of a human lifetime on a log scale

"New" theory of human movement as described by Tesla. Right?

Understanding GDP and its practical meaning

What is the most advanced software that simulates human behaviour?

Any texts on the pleasure of studying physics?