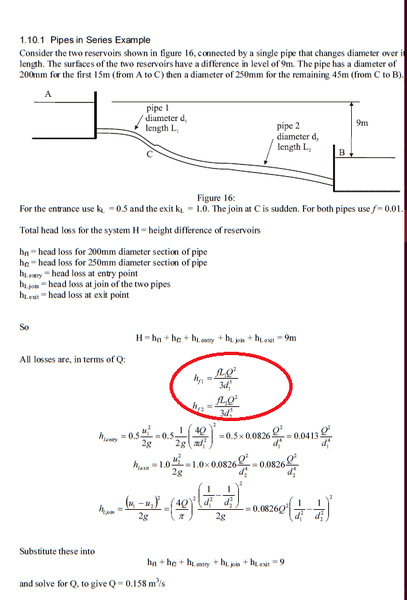 
... that's the idea. Does this make the two equations the same?

what do you mean by same models here ?

You also get equations that look different but are actually the same ... for instance, the volume of a sphere could be written ##\frac{4}{3}\pi r^3## where ##r## is the radius, or it could be ##\frac{4}{3\sqrt{\pi}}A^{3/2}## ... where ##A## is the area of the biggest circular slice through the sphere, or it could be ##\frac{4}{16}\pi d^3## where ##d## is the diameter. You may use one equation instead of another because is is convenient to the information you have: i.e. it is easier to measure diameter than radius, but easier to build a sphere by fixing the radius rather than the diameter.

So do the two authors equation look different because they are actually different or is it more superficial than that?
The question is asking why the authors use the different equations ... that will be related to what they want to use the equations for as well as the assumptions they are making about reality.

I cannot tell if your idea is correct because I don't know what it is supposed to do. You didn't say.
However there is quite a lot going on which you have yet to address.
Share:
Share

Head loss due to contraction