I'm looking for some mellow stuff. Jazz, Blues, that kind of thing. Any recommendations?

It doesn't get any more "mellow" than ambient electronic music.. Look into this stuff; it's awesome. Sample it on DI's Chillout section if you want: www.di.fm.
Smurf

I'm not really into that electronic computer stuff. I like my instruments.
Knavish

Come on! Someone with mature tastes?
neurocomp2003

mmm are you looking for more modern stuff? lyrics or instrumental?
Smurf

Yes, but not exclusively and both.
hypatia

check out his guys page, you may like it
ZapperZ
Staff Emeritus
Science Advisor
Education Advisor
Insights Author

Smurf said:
I'm looking for some mellow stuff. Jazz, Blues, that kind of thing. Any recommendations?

OK, going possibly out of your "box", how about some Italian baroque? I can recommend without hesitation anything and everything by Corelli, especially his string sonata Opus 5.

How about Chuck Mangione.

You know I've always heard him mentioned on "King of the Hill" as mascot of megalo-mart, but never knew who he was until I listened to one of his songs on a jazz sampler cd. The song was called "Viola" and it was pretty cool jazz.

The turtle Island String Quartet is a very easy to listen to Jazz group. A lot of afficionados dismiss them as being "too easy" to listen to, but those are the kind who listen to music that makes tea curdle.

If you listen to NPR, you will hear snippets of TISQ during segues.

While on the subject of NPR segues, another musician that I like (not Jazz) that regularly appears "between stories" is Leo Kottke. I'm not sure if any single album is "great" but you could make a fantastic "collection" of his best works. He's a great guitarist who strddles the lines between classical, folk, and pop. Imagine if Bach tried to play a banjo tune on a 12-string guitar.
brewnog
Science Advisor
Gold Member

Check out the Cinematic Orchestra.

Contemporary jazz. It's absolutely stunning. One of the few things I'd be willing to suggest to someone whose musical tastes I have no idea about is to get onto Amazon right now and buy 'Every Day', I'm certain that you won't be disappointed.

So certain, in fact, that I've found you a link!

It's less than US$14 too, that's insanely cheap. I paid that in £s!
zoobyshoe

Chi Meson said:
While on the subject of NPR segues, another musician that I like (not Jazz) that regularly appears "between stories" is Leo Kottke. I'm not sure if any single album is "great"...

I think his very first album Six and Twelve String Guitar with the armadillo on the jacket qualifies as "great". I was there, so to speak, when it came out, and people were reccomending it and passing it around exitedly all over the place. It was an original, stunning sound, and accessible to anyone who likes music.

Then, of course, in later albums, Leo started to sing along with his playing...(bleh!)
gerben

Stereolab
I would recommend you try the album "Sounddust" first if you do not know any of their music yet.

There are several threads on GD with lists of classical music - probably a few months ago.

I recently listened to "Our Town" (1940) by Aaron Copland (US Composer). Like much of Copland's composition, e.g. Appalacian Spring, it is a beautiful piece of music and very soothing.

There are many classical pieces from which to choose.

I agree with Jelfish - Vince Guaraldi is good.

I second dduardo's recommendation of Chuck Magione and also Chick Corea and his band Return to Forever (jazz-fusion), which included guitarists Earl Klugh and Al DiMeola, bassist Stanley Clarke, among others. Most members of the band have done individual projects or worked with other bands.

Just about anything on the Windham Hill Label - guitarists Will Ackerman and Michael Hedges, and pianist George Winston and Liz Story, and many others play some soft jazz and new age music.

and Higher Octave - http://www.higheroctave.com/
Last edited by a moderator: May 2, 2017
Antiphon

Knavish said:
It doesn't get any more "mellow" than ambient electronic music.. Look into this stuff; it's awesome. 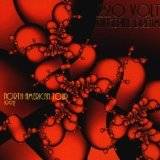 Astronuc said:
Just about anything on the Windham Hill Label - guitarists Will Ackerman and Michael Hedges, and pianist George Winston and Liz Story, and many others play some soft jazz and new age music.

Yeah, the Windham Hill Label is excellent to have as soothing background music (the Winter Solstice moreso than the Summer which is a little faster tempo-wise). I have the sixth edition of the Winter Solstice series, and it can be listened to anytime of the year.

Mellow jazz, like the old-style ballads (Moonlight Serenade, Marie Elena, etc), is generally what I prefer as well. Smooth jazz also works, but I don't want to be constantly reminded of the urban feel of the music. Save the Big Band jazz and swing stuff for dancing. Sing Sing Sing gets one ones' nerves after a while, too over-the-top IMO.

Some of the slower tracks on LoTR, RoTK, and the Twin Towers work remarkably well for study music. Same goes with the last three tracks of the Gladiator soundtrack, any from Mists of Avalon, and also William's The Terminal.

Classically, Vivaldi's slower songs can make good ambient study music. Sergei Prokofiev's Lieutenant Kije is also cool to listen to, a good mixture of classical styles and modernist tendencies throughout the music, though its a little too intensive in my opinion for being "mellow".
Last edited by a moderator: May 2, 2017
Chi Meson
Science Advisor
Homework Helper

I'm looking for some mellow stuff. Jazz, Blues, that kind of thing. Any recommendations?

recently I've bee listening to Jelly Roll Morton's (prominent Jazz pianist back in his days) music, if you're searching for a sample, try listening to The Crave

Otherwise I usually listen to some classical music, pieces by chopin have been a favorite of mine, Debussy, Bach, etc...

A lot of the contemporary versions of Jazz as well as other genres are just "too out there" for me, it's still great music, but I prefer the classics. Rock and Roll classics are also a favorite of mine. Sinatra is nice at times, but its just not something I can listen to repetitively, gets me all emotionally drained.
Share:
Share