zoobyshoe said:
I'm not wedded to that dictionary. If you have a dictionary that defines argumentative as dismissive and derisive,


zoobyshoe said:
I can't let it go with you summing up by misrepresenting me: I am not dismissing the lesson. I stated explicitly that the lesson, as you stated it, it is not in dispute. Here again, as I remarked the last time we had one of these extended dialogs, it's like you're not even reading what I write. I said, explicitly "Not in dispute," and you, never-the-less characterize me as dismissing it.

OK, you got me. Then I am completely flummoxed as to what your stance really is.


zoobyshoe said:
I think you blindly risk condemning him to a semester of science-bashing

How on Earth can you see it as science-bashing?

If, as you indicate above you see the lesson as valid, then how can you assign it such a destructive effect?

I guess, to me, that's the crux of the discussion. Some people see the comment 'remember, science must never get cocky about its conclusions' as an attack, others see it as wisdom.

OK. This is much more clear, and I believe I can follow your train of reasoning. You are not saying that argumentative is defined as: dismissive and derisive. You are, however, saying that whenever we encounter a derisive and dismissive person it is correct to call them argumentative.

If that's what you're saying, though, it is not the case. Argumentative means:

1.fond of or given to argument and dispute; disputatious; contentious:

"The law students were an unusually argumentative group".

Therefore, a person could be both derisive and dismissive without also being argumentative. It could well be that a person is derisive and dismissive and also argumentative, all at the same time, during an argument, but two former qualities would be completely incidental to the latter. The derision and dismissal is not what makes them argumentative. What makes them argumentative is a proneness to argue. Period. There's just nothing in the definition that requires a certain class of tactics. All that is necessary to call a person argumentative is that they be "fond of or given to argument and dispute; disputatious, contentious." Consider: A person might only open his mouth once a day to make a derisive or dismissive remark, and never push it into an argument or dispute. The notion that whether or not a person is argumentative depends on the tactics they use is some kind of red herring you've been sidetracked into following somehow. A person could be argumentative without ever using a remotely negative tactic, by simply chronically, but politely, challenging anything anyone says (their motive being, for instance, they just really enjoy debates).

OK, you got me. Then I am completely flummoxed as to what your stance really is...

...How on Earth can you see it as science-bashing?

If, as you indicate above you see the lesson as valid, then how can you assign it such a destructive effect?

I guess, to me, that's the crux of the discussion. Some people see the comment 'remember, science must never get cocky about its conclusions' as an attack, others see it as wisdom.

"Remember, science must never get cocky about its conclusions" is an elementary lesson that I don't dispute. Any time you hold it up as a good lesson, I don't dispute it. This lesson you keep holding up, though, is not what the teacher seems to be teaching. Instead she seems to be criticizing science for not having learned this lesson. She says: "Science is dependent, therefore, on the probabilistic nature of its observations in supposing them to be definite." That "in supposing them to be definite" claims that science supposes its observations are the last word. It 'informs' the student who reads it that science thinks its conclusions are set, when, in fact, they are merely probable. The message is: don't be cocky like scientists are, be a philosopher instead: doubt everything you think you know, including gravity. That clause, "in supposing them to be definite," ought to have raised your hackles, because we all know science doesn't do that. Hence the remarks about science-bashing. I have never disputed the lesson you point to, I have disputed that the teacher is teaching that lesson. Her lesson seems to be: Science is cocky, Philosophy is humble and circumspect.

"…in supposing them to be definite."
zoobyshoe

Ryan_m_b said:
When reading this I couldn't help but be reminded of... 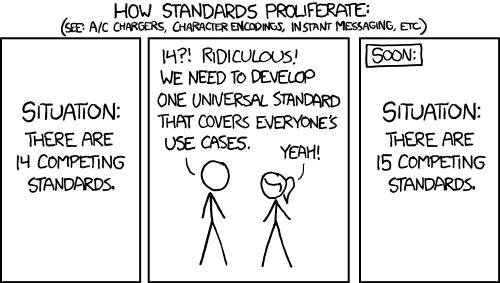 Yep. That old saying:" Nothing compounds a problem like a solution."
hyle
Moonbar. Are we talking about inductive or deductive arguments. With a deductive argument, if the premises are true, and the argument valid (put together the right way), the the conclusion is certain. You are correct to point out that thee are missing premises, but the word to try to clarify is "definite." Would it be true to say that scientific theories are definitely probable? Hmmm.
Log in or register to reply now!

Related Threads on My philosophy teacher

My philosophy of life
3

My teacher told me

Was my Teacher Out of Line?
6

Question about my math teacher

Physics and Religion,my own philosophy

Im in love with my maths teacher
2

My philosophy of learning is killing me