https://apod.nasa.gov/apod/ap210106.html
It sure looks like some strange life form to me.

I can't tell if this is a serious thread.
Jarvis323

Dunes on Mars are indeed weird. Here is another cool image. 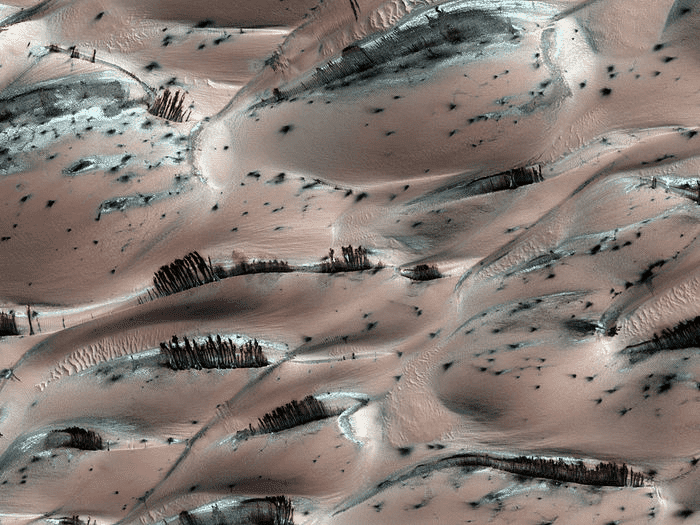 These might look like trees on Mars, but they're not. Groups of dark brown streaks have been photographed by the Mars Reconnaissance Orbiter on melting pinkish sand dunes covered with light frost. The image was taken near the North Pole of Mars, spring 2010. Objects about 25 centimetres across are resolved on this image, which is about one kilometre wide. Close ups of some parts of this image show billowing plumes indicating that the sand slides were occurring at the time of the photo; see center left.

Suggested for: Mystery of Mars' Dunes

Should we hit Mars with The Behemoth Comet?

Mysterious Drones in Colorado and Nebraska

A Mystery re Fluorescent Lights

Marinating meat is a waste of time