SEOUL, April 5 (Reuters) - North Korea threatened on Monday to abandon a search for the remains of U.S. soldiers who went missing during the 1950-53 Korean War, saying Washington would be to blame for the loss.

The statement is likely a move by the destitute North to win cash from Washington, which due to political reasons had suspended joint recovery projects that once brought cash to the reclusive state's depleted coffers, experts said.

"Though lots of U.S. remains are being dug out and scattered here and there in our country, our side will no longer be concerned about it," a North Korean army spokesman was quoted as saying by the state's official KCNA news agency.

In January, the United States rejected a North Korean proposal to reopen talks on finding the remains of U.S. soldiers missing in action (MIA) from the 1950-53 war, saying Pyongyang must first return to negotiations aimed at ending its nuclear arms programme. [ID:nN28120158]

Seeing as that my Great Uncle was killed in a prison camp over there, this makes my blood boil with rage. He never came home, and now he might not forever.
Last edited by a moderator: Apr 25, 2017

He never will come home regardless. A corpse is not the same as the person. That corpse USED to be your great uncle, but it isn't anymore. At this point, it's just a collection of bones.

NK will do just about anything to push the US's buttons. This threat, because it's sure to evoke strong emotions, is just the kind of issue that they will use as leverage.

Just keep this in mind, as hard as it may be to swallow: they're doing it to get a rise out of Americans. Don't give them the satisfaction of knowing they succeeded.
MotoH

Jack21222 said:
He never will come home regardless. A corpse is not the same as the person. That corpse USED to be your great uncle, but it isn't anymore. At this point, it's just a collection of bones.

Why should North Korea spend time and money looking for bones?

Wait until you lose someone in your family in a war and they never come home, and see how you feel then.
Last edited by a moderator: Apr 6, 2010
russ_watters
Mentor

"Never leave a fallen comrade behind."

No US soldier deserves to lay in the hell hole that is NK.
rootX

No US soldier deserves to lay in the hell hole that is NK.

You hold rather personal opinions there that definitely shouldn't be used considered when determining how to deal with NK. As for you uncle, I don't understand why would you be so emotional when you never met him in the first place?
Jack21222

As far as I know, there are no US soldiers in North Korea.

You seem to be ready to start another war, creating FAR MORE corpses, over corpses created half a century ago.

The dead are too dead to care what happens to what used to be pieces of their body. Heck, I'm still alive, and I don't care about the matter that used to be a part of my body. Dead skin cells are constantly falling off. They're no longer "me."

Why do you care so much about the carbon and calcium atoms that used to belong to your great uncle?

What difference is there between those molecules being covered by soil on this part of the planet and the other side?
MotoH

It doesn't matter who is still over there, they need to come home, and the families need to know how their brother, uncle, dad, son, cousin, friend died. It's just closure man. I want to know whether or not my Great Uncle was shot by the NK, died of a disease, or was moved into China and dissapeared.

We shouldn't have to give money for bodies and information. Any civilized country would return prisoners and bodies after the war (like China).
Ivan Seeking
Staff Emeritus
Science Advisor
Gold Member

MotoH said:
We shouldn't have to give money for bodies and information. Any civilized country would return prisoners and bodies after the war (like China).

So your point is that NK isn't acting honorably?

I don't understand the point of this thead. I would think that we all agree that NK is run by a morally vacuous nut.
Jack21222

NOBODY is over there. You have no family in North Korea. None.
Ivan Seeking
Staff Emeritus
Science Advisor
Gold Member

Jack21222 said:
NOBODY is over there. You have no family in North Korea. None.

The desire for families to retrieve the remains of their loved ones is standard stuff. Maybe it means nothing to you, but not everyone feels that way. In fact the US government has often made signficant efforts to recover the remains of fallen soldiers.
zomgwtf

So the Americans won't help NK find the bodies due to political reasons but because NK is threatening to stop looking for remains you get mad? I don't get it... be mad at your own country for leaving them there, not for the enemy deciding it's not in their best interest to continue a 50+ year search for remains.

If that's not how it occured then I'm sorry, that's just what I've gotten out of the story...

zomgwtf said:
So the Americans won't help NK find the bodies due to political reasons but because NK is threatening to stop looking for remains you get mad? I don't get it... be mad at your own country for leaving them there, not for the enemy deciding it's not in their best interest to continue a 50+ year search for remains.

If that's not how it occured then I'm sorry, that's just what I've gotten out of the story...

The bodies are in NK. We [the US] are not at liberty to look for them.
MotoH

@zomgwtf(lol @)
The US is at fault here also, there shouldn't be political goals when you are trying to retrieve remains. But NK has a lot of the remains in storage, they just won't release them. Every soldier, on our side and on theirs, deserves to return home. Not for the sake of the body itself, but for the sake of that soldiers family and friends to finally have closure.
zomgwtf

Ivan Seeking said:
The bodies are in NK. We [the US] are not at liberty to look for them.

That's not what it looks like to me. It looks to me like a joint effort was in progress and Washington pulled out. NK tried to reopen talks about a joint effort and America won't go through because of NKs nuclear programme. That's rediculous. Basically the government is saying that political moves about nuclear programmes is more important than the fallen soldiers.

I think you need to visit France and Belgium. 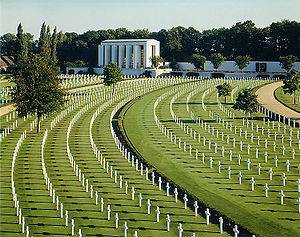 There is a big difference from leaving a dead soldier in a warzone, and laying him to rest in a proper cemetery. If there was a military cemetery in NK, and the dead were buried properly with the proper respect given to them, I would have absolutely no problem with it. I do have a problem with a pile of bones in a cattle car.
Frame Dragger

For the last time, those bones are NOT soldiers. They're inanimate matter! They are no more soldiers than my desk is.

Jack, I don't believe that remains are people anymore either, but who are you trying to convince? This is an emotional issue for MotoH, as he made clear from the FIRST post. If you're trying to antagonize him, congrats, in his place I would have taken down your entire subnet if I were feeling pangs of grief for family.

Everyone except MotoH and Ivan Seeking seem to grasp that there is a political and social value in the return of soldiers. I may not care where my remains go, cattle car, burned, etc...
...
...
What about the soldiers? They're fighting and dying, and killing, being maimed and having their minds scorched with trauma... "no comrade left behind" is an ethic, an axiom, and it is believed to improve unit cohesion, willingness to risk one's life etc.

Not to mention that seeing as clearly MANY people are willing to fight and die for their religion, and how one deals with the dead is a MAJOR part of any religion, you'd just be pissing down the throats of every soldier with that view.

Does 'MAD' make sense?... well... only from a human perspective. We are human, and organized warfare is a very human endevour. If you sign on the dotted line, and not only are you giving away many of your freedoms in return for the opportunity to be the tool of your government, but you're ALSO told, "We're going to leave you where you fall" a lot of people will not sign. Like it or not, logical or not.

Your "chair" analogy is disgusting by the way; a reflection of sophistry rather than actual conviction. If expressed to the public at large, many nations would consider that barbaric. Image IS valuble, and appealing to emotion is as well.


Finally: How many family members have you lost to a (possibly) violent or mysterious death? How many people, period? Have you ever served? Do you have any idea at all what it is that you're talking about?
pallidin

Well, if North Korea would ever stop smoking/exporting opium, maybe the international community could have a SUSTAINED, substantive dialog.
Share:
Share

Graduate Students in the U.S. could face new tax

News Can the U.S. Electorate Be Trusted?

What happens when a building, or town is abandoned?

Is the US abandoning its position as a science superpower?
2

"Heuristics" for Casimir: how close to reality do they have to be?