How can planets exist in star systems with two or three stars? Shouldn't the planets' orbits get severely disturbed by the other stars?

Maybe the planets orbit around the center of mass of the two stars? Not certain though.
phyzguy
Science Advisor

If the planets are close enough to one star or the other, then there are stable orbits because the disturbance from the other star is not enough to make the orbits unstable. Just like Jupiter's moons can orbit Jupiter without being disturbed by the sun. There are also stable orbits that are far from both stars and orbit around the center of mass of the two stars, like Comeback City said.
Comeback City 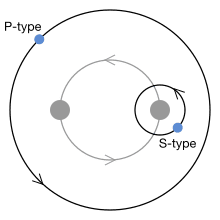 https://en.wikipedia.org/wiki/Binary_star
Wikipedia says there are S-type and P-type orbitals. Could there possibly be an orbital where a planet orbits both stars, but in a "figure-eight"-type pattern?
stoomart

Comeback City said:
Could there possibly be an orbital where a planet orbits both stars, but in a "figure-eight"-type pattern?

It seems like this quote from Wikipedia's Habitability of binary star systems article addresses this question:


In reality, some orbital ranges are impossible for dynamical reasons (the planet would be expelled from its orbit relatively quickly

lifeonmercury said:
How can planets exist in star systems with two or three stars? Shouldn't the planets' orbits get severely disturbed by the other stars?

How can Earth have Moon? Shouldn't Moon's orbit be severely disturbed by Sun?
It is. The Sun disturbs the eccentric orbit of Moon so severely as to turn it completely in less than 9 years.
The matter, however, is that the apsides of Moon's orbit precess through a full circle - while the actual eccentricity remains unchanged.
shihab-kol

Actually the stars rotate about the center of the mass of both. The center of mass is a point on a straight line joining the centre of the stars. 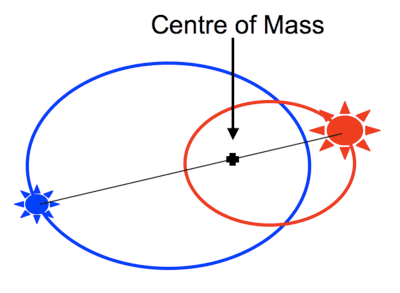 One of the configurations is this. However the centre of mass varies, it could be near the bigger star even on the bigger one but still the other will rotate. In case of the moon and the earth: 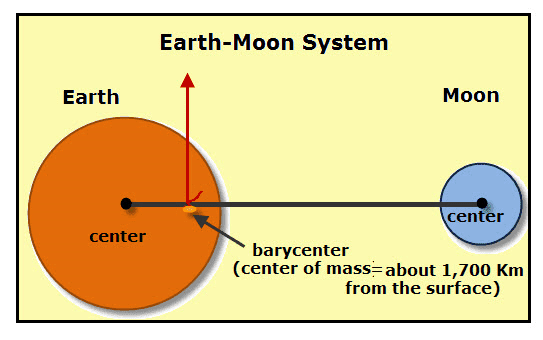 Binary Stars and Their Planets

Stability of a binary planet system

I Planet at barycenter of a binary system.

Part of a binary star system?

I Remains of collapsed stars as touching binary planets?