Hi,
I noticed an interesting phenomenon when I was boiling the spaghetti yesterday.
Please refer to the attachments.
I poured about 200 mL of water into the pot and waited until it boiled.However,you know,it would only take you about 3 - 4 minutes to bring this amount of water into boil from room temperature.But I had been waiting for 15 minutes and it just didn't happen.I got really mad and so I put the spaghetti directly into the water and started the timer.The water didn't change into steam,and when there was about 3minutes left,I noticed that(as I was cooking with my brother,so I didn't see it at the beginning) the right fan of the exhaust hood was switched on,while the left one wasn't.Normally,I will switch both of them on.Thus,I thought the mystery stemmed from this.Subsequently,I pressed the button of the left fan.What really surprised me was that the water came to boil within 5 seconds!

Some additional information:
1.I turned on the right stove and right fan.Did the position of the stove matter?Would it happen if I turned on the left stove and the right fan?
2.At first,I didn't cover the pot.When I got more and more irritated,I covered it.A few gas bubbles seemed to evolve from the water surface,but it returned to be smooth after I had taken the cover away.I didn't think this was relevant because I seldom had the lid on while I was cooking.
3.I switched the gas stove to the maximum output throughout the whole process.

I guess it was related to the pressure of the surrounding instead of the temperature of water,because the rate of heat loss to surrounding will increase if both fans are switched on,and this will lower the temperature of the liquid further?Moreover,the water came to boil in an unbelievably short time,which suggested the water in the pot had probably exceeded 100 degrees Celsius.

I am not an engineering student,but I still want to know why this would occur.Hoping for someone to share their thoughts! Thx. 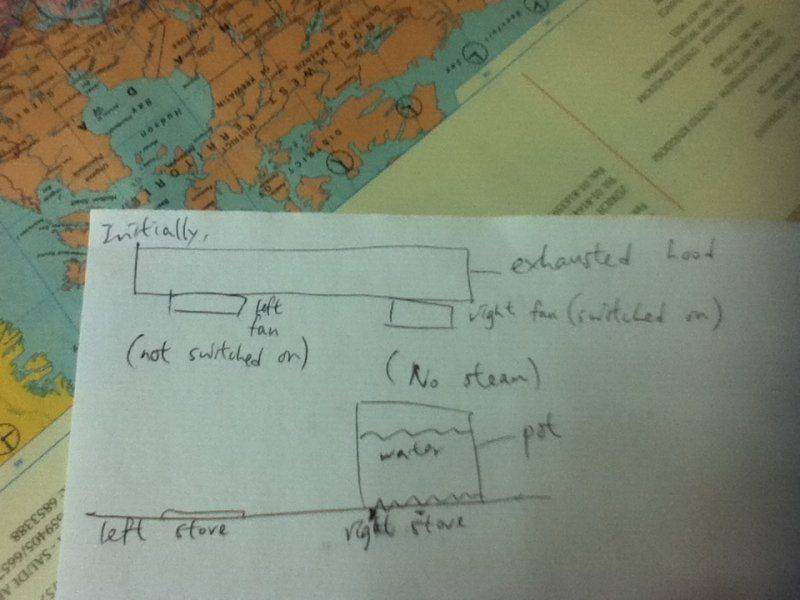 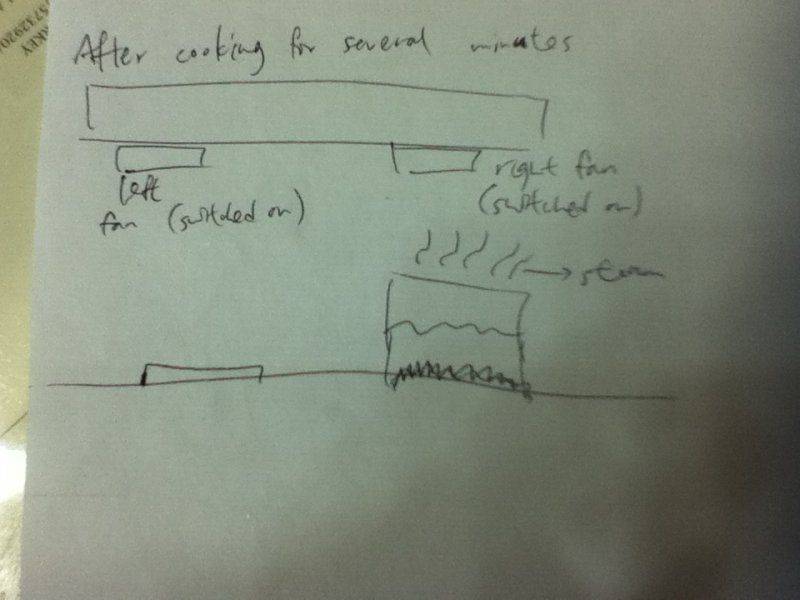 Was it a gas burner? At my local scout campsite the main gas cooker has had to be crosslinked to the exhaust fan because there was insufficient natural ventilation on the kitchen for the gas burners to have an adequate air supply.
This would fit with your experience of the heat output increasing with the increased ventilation.
davon806

Thx,but I didn't think it is the reason.I would either close all the fans or have all of them switched on.Yesterday was an exception.In fact I have had quite a lot experiences of heating with the gas stove without bothering the range hood,and eventually I was able to get everything sorted.
mfb
Mentor
Insights Author

The air pressure is constant, you cannot change it with the exhaust hood - even if you would completely make your kitchen air-tight, the effect would be negligible.

The mechanism bhillyard suggested looks very reasonable - if the amount of gas available depends on the exhaust, it can explain all observations. The water was probably close to 100°, where relevant temperature differences become tiny - increasing the input heat can start visible boiling quickly.
Share:
Share

Suggested for: Question on boiling water

What happened to the boiling water

I Why does a drip of water into water make a noise?

Force on an object that is stationary in flowing water

At what wind speed will salt water "boil"?

A A Question on a Wikipedia article on Bertrand's theorem

I Water flowing through a funnel