I know it did not rain on Tatooine and the planet does not exist.

My question is would a rainbow look like on a planet in a binary star system?

Assume that it does rain, the raindrops come in a broad range of sizes including some showers with fairly uniform drop size, and that there is an atmosphere with similar density and light scattering as earth.

I believe the rainbow would be identical to a rainbow on earth at the point where the bow's tangent line is parallel to the line connecting the stars. I am not sure what happens on the rest of the arc. Would it look like a reflection rainbow. Except that the arcs would not converge at the horizon. 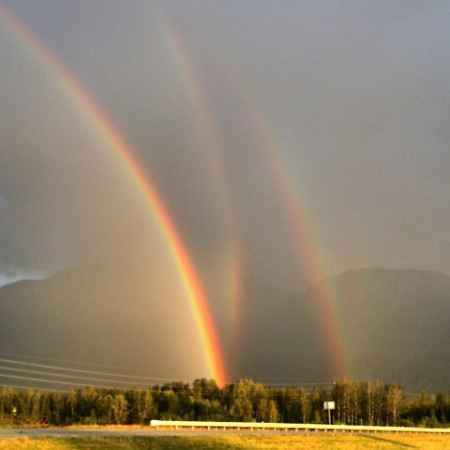 It is also not clear to me what supernumary rainbows would look like. They are created by an interference pattern but does that mean a binary star system has more of them, less, or relatively the same? 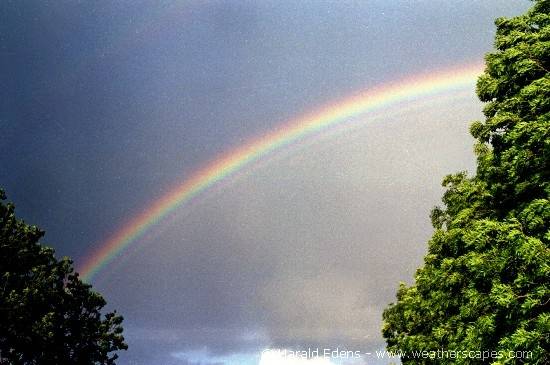 Feel free to add any ideas on what effect a different atmosphere would have.

It also depends on the atmosphere, but in general: sure.

Multiple stars in the sky simply lead to multiple independent rainbows. If their brightness ratio is large, it will be hard to see rainbows from the dimmer star.
Share:
Share

Related Threads on Rainbows on Tatooine

Are there rainbows in space?

N
Weigh on sun than on earth

I Age on our moon and on Mars

No storm on Earth lasts like the one on Jupiter

C
A On the Pioneer Anomaly onset