I'm new to the physics community and completely useless in the subject area, however I am extremely interested in physics.

After turning off the television just now I noticed something odd.

In the television I see the light with bar like rainbow coloured divisions, each one containing repeating colours of the rainbow.

Can anyone explain whats going on here, I see nothing on the tv screen that is segmenting the coloured bars of light, and cannot explain how they have taken the arrangement and resemblence of dragonfly wings, or Xfighter wings from Star Wars :p

Looking forward to the replies. See attached pictures for the visuals. 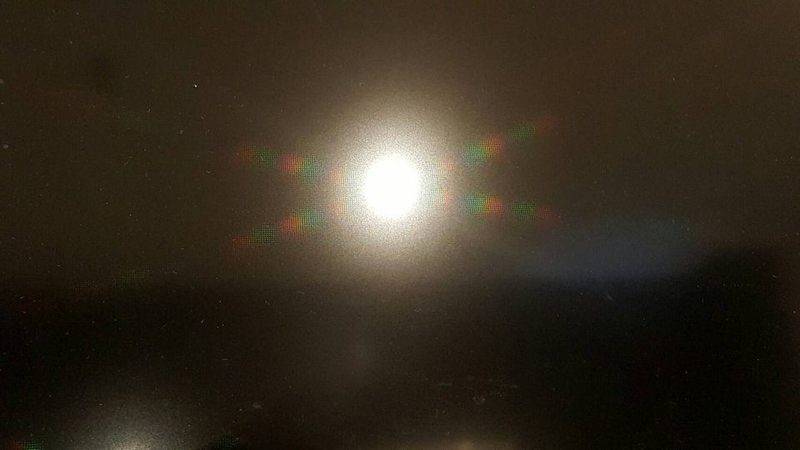 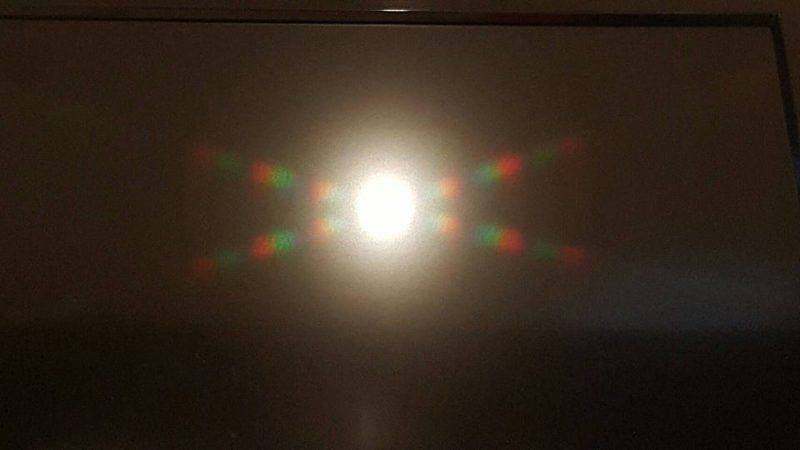 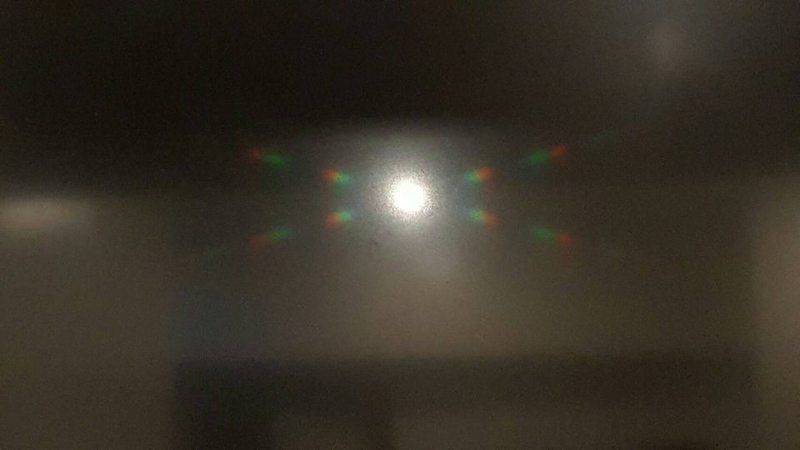 If I had to guess, I'd say the pixels on your TV are acting like a diffraction grating. This would explain why different colors get reflected to different locations. You can see something similar when you use a smartphone as a mirror. At certain angles you see a rainbow effect too.
Dazzletoad

Yeah I've seen that too but this is in a fixed position.

Whats weird is why that shape? If its pixels then what is stopping the rest of the screen producing the effect elsewhere even when i look at the screen from different proximities and angles?
jfizzix
Science Advisor
Insights Author
Gold Member

It's the same thing with my smartphone. I have to look at it at specific angles to see it. The glass on the TV screen might be acting like an interference filter, which is the same thing responsible for the rainbow colors on oil slicks.

As far as the particular shape of the pattern goes, I'll admit, that's pretty interesting. A single rainbow band on either side would be a classic diffraction pattern. The x-shaped rainbow bands, where it's not at 90 degree angles is harder to immediately explain. If it were at 90 degrees, that'd be another classic diffraction pattern. It might just be an effect of the angle of incidence. Do you see it if you shine a light on the TV and look at the direct reflection?

I did a little experiment with my own TV, where I shined a small flashlight on it from different angles. The pattern definitely changed with angle, and I was able to get a pattern similar to the one you have. We can definitely chalk this up to the pixels acting like a diffraction grating.

Out of curiosity, what do the individual pixels look like? Mine look like zig-zag stripes of red, green, and blue.
Dazzletoad

I am in the Philippines at the moment and its after 1am. I shall check tomorrow and report back with the results.

Strange optical phenomenon: lighting a candle in front of a TV screen

Shining Light - The Physics Behind This Phenomenon?

Is there any phenomenon capable of replacing light?

Strange Optical Phenomenon (diffraction or something else?) (solved)

What causes this curious light phenomenon? (video inside)