I was waiting in a old courthouse hallway with alternating white marble and black granite tiles, when I noticed some interesting spirals etched on several of the black granite tiles. No cameras so no picture but I can describe it fairly simply, I think, since I have basic understanding of the operation and physics of rotating floor buffer in gyroscopic equilibrium. The spirals don't appear to be very common for such an old, over-buffed to "bull-nosed like" tile edges, so I take that to mean there are specific density and diameter particles responsible which I think corresponds to the ~6mm-8mm circle of origin from which the spiral emanates increasing outward to 20-30 mm separation after 2-3 revolutions. (fairly analogous to a seashell spiral) It could start at the largest radius and decrease radius inward to a circle and that is probably what is causing my dilemma... I don't even know which direction makes sense! So why not work it through both ways. From what a remember of "playing" with an old-fashioned floor buffer as a child when you "hit" a hard particle (obviously I was not doing it correctly) the buffer jerks quite forcefully and it is thrown out of equilibrium. I would obviously let go of the switch and after a short time the buffer comes to a stop. I would remove the pebble and go back to "buffing". The one thing I am sure about is that the center circles were etched much more deeply than the thin line of the spiral which leads into or spirals out from the entire buffer rotating off-center for a number of revolutions. Can anyone say for certain which direction makes more logical sense or if either way works the same?
Last edited: Feb 6, 2016 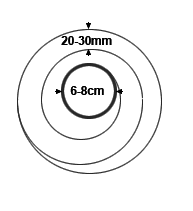 As a first guess, I would assume the the particle making the mark starts off at the outer perimeter and works its way inward. Once it reaches some point, it stops moving inward and carves a circular groove for a few turns until it is shut off, or otherwise dislodged.

It seems to me more likely that a particle would initially be acting under dynamic forces, and thus moving, until such time as it settles into equilibrium, rather than vice versa, where it starts unmoving and for some reason starts spiraling outward.
jerromyjon

Yes the measurements are in the right spot but the image doesn't portray it... and the outer circle does not connect, so it probably makes more sense like you say, the object gets in between the buffer and the floor and spirals into a new equilibrium where the buffer would rotate on the object rather than its normal center axis, which leads me to believe it can only occur fairly close to the center of the buffer. This spiral has similar dimensions, except for the center circle which seemed to "hop" over the groove leading into it but otherwise a perfect circle and much deeper than the rest. I'm going to try tinkering with algodoo later to see if I can recreate the conditions but otherwise I don't know if or how to model it with math. 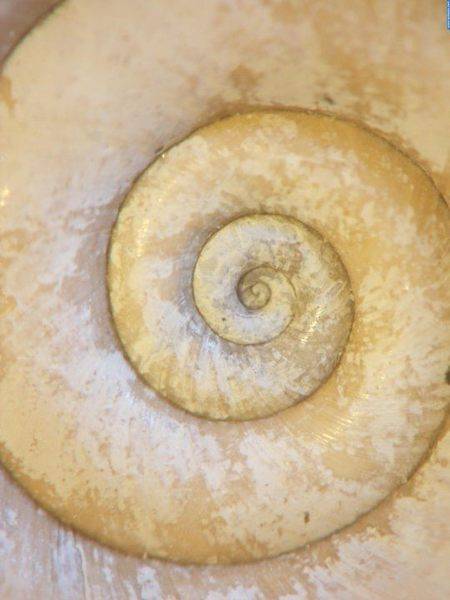 Marble spiralling inside a cylinder
2

Use Archimede's Spiral For Accelerate An Object.

I How a spiral torsion spring works

Have a strange question

A strange optics (or math) problem