Systems Physics is much more than System Dynamics. It means a fundamental approach to the laws of phyisics as it is used in the new multidomain modeling language e.g. Modelica. An overview of the field can be found here: https://www.academia.edu/7202284/Systems_Physics_a_Modelling_Approach_to_Fundamental_Concepts (text) or (video).
Hellmut1956

Hi friends. I wouldn't dare to say I know what Systems Physics is, but I can definitely tell you that I am digging into it because of a couple of reasons that are important to me! There are at least 3 fields that share the same principles. I am, as a hobby, dealing with building a model sailboat as a platform that gets me into diverse technologies. So it is not my main motivation for the hobby to build sailboat models and go out to a pond to navigate them. It is the red line I follow and alongs its path full of twists I get in touch with technologies in which I go and try to learn.

So in this context I have the intention to design the control system for the sails the same physical way it was done on the original sailboat Endeavour, a sailboat class of the very reach and the beginning of the last century. So I found along this path a methodology called "Design by Modeling" which I am convinced wii get my to the goal of constructing a control system for my sailboat model that will be able to operate.

When I started to dig into the subject first thing I found where tools I considered adequate for dealing with the design by modeling methodology, examples being Matlab/Simulink from mathWorks and its rich set of libraries, Maple/MapleSim from maple and Mathematica/SystemModeler from Wolfram. At the time I started to investigate this tools only for the software from Wolfram there was a none commercial license offered that was financeable for a hobbyist like me. So I learned that Wolfram uses the Modelica language, which is called the only "object-oriented, equations based modeling language"

Early in this process I found out that all this software tools, as does the design by modeling methodology demanded a certain level of mathematical proficiency. As since my days at high school and later studying mechanical engineering nearly 4 decades had passed. While at a beginning of a career often the technical knowledge and abilities are the door openers, later getting up the career ladder mathematics move to being irrelevant. So my mathematical abilities have eroded, the field of the mathematics had evolved quite a lot and the penetration of mathematics as "the language" in all scientific and engineering studies had increased to a level that demanded from myself to get up to speed in the fundamentals required. So I found the book from professor Gilbert Strang from the MIT as being the suggested readings for the MIT courses of Single Variable and Multivariable Calculus offered for free with videos of the lectures and assignments in the self paced courses 18.01SC for Single Variable Calculus and Multivariable Calculus. Additionally Linear Algebra taught by professor Gilbert Strang himself, a self paced course 18.06SC. Differential Equations at 18.03SC and so on. So I have spend a bit over the last year to dig into the courses, slown down by health problems I suffer.

Next in relevance is the self paced course 15.988, Systems Dynamics which is based on a software tool named Stella. You find valuable data investigating the presentation of this course for free from the MIT OpenCourseWare. The course Engineering Dynamics. famous is the report from the "Club of Rome" about the limits of growth which used the methodology I will be referring to now and which is one of the fundamentals of System Dynamics, of System Physics and of the modeling language Modelica. This methodology that can be wonderfully applied to describe/model dynamic systems is based on reservoirs and flows and is called "Berkeley Madonna". So to emphasize. The principle of reservoirs which contain magnitudes that are accountable reflected in the amount of content in the reservoir. The flows are the path by which the content of the reservoir are filled, or emptied, depending if the flow contributes to the content of the reservoir or if it takes from the reservoir! 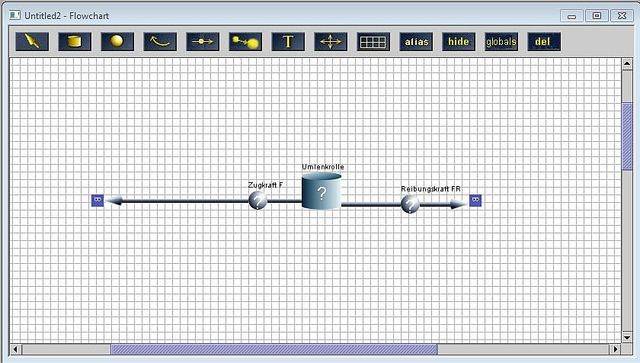 Here a picture of a simple "flow chart" I have drawn in Berkeley Madonna, full functional for free but unable to store any think that shows the reservoir and 2 flows. Sorry for being in German language. basically what I plan to do is to model a pulley starting by modeling a disc around which a rope turns a certain angle. On the rope there is a force originated by the pull force coming from the wind blowing into the sail of may sailboat model and on the other side is the force that comes from the fricción between the rope and the disc. 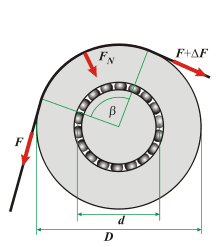 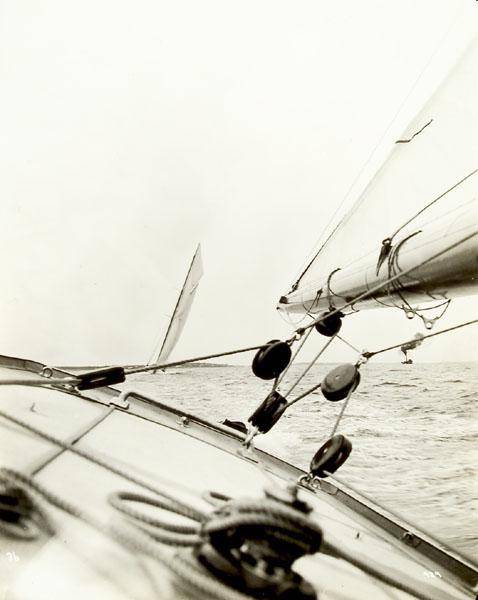 You can see on the picture the 7 discs as build into a set of 6 blocks and how the rope embraces those 7 discs, each basically over a different angle. So creating a model the reflects the behaviour of rope and discs in the above pulley would use 7 instances of the same disc model.

What is yet totally missing so far in the flow chart generated in Berkeley Madonna are the influencing aspects, formulas, that in sum generate the effect that this model allows to simulate a disc getting quality data out of the simulation.But the tool allows to graphically depict the diverse influences and the "question marks" indicate that there are not yet the formulas in place that allow all parameters to be computed.

Dynamic system are often also called complex systems with a huge number of feedback loops. So tools equivalent to the one I mentioned, Berkeley madonna help by providing also visual tools that allow to identify the influences and that assist in the process of implementing the formulas required to reflect those numerous feedback loops and other factors that impact the modeling of a complex system, as the "Club of Rome" did to study and simulate the limits of growth of the human societies on our planet!

7 magnitudes are said to be accounted for in the reservoirs: 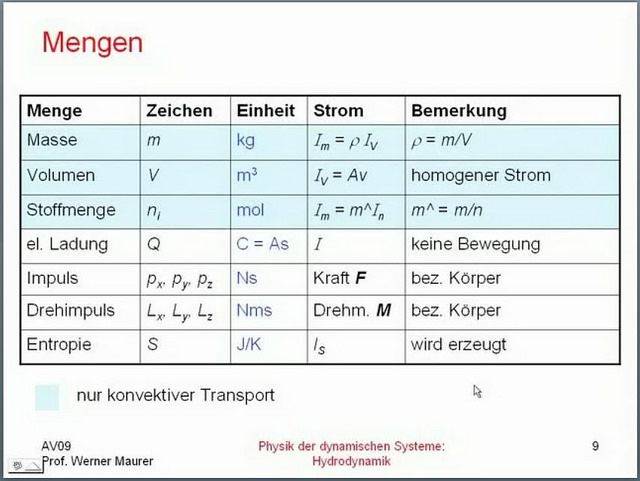 I will try to translate in this table the meaning of german terms as far as they are not self explanatory:

The link to the System Physik Portal, even as it is in German language, use google translate, gives you access to information, specially the links on the right titled "Verzeichnisse" where the topic is presented for the fields of physics treated.

Same applies to this sites and pages:

To close this contribution: The System Physics are the result of efforts developed for the purpose of new and improved teaching methods as reflected in the Karlsruher Physikkurs site. Professor Werner Maurer from the university of ZAHW in Winterthur, Switzerland, has adopted the methodology and does apply it to work on defining and promoting the system Physics as a result of applying the methodologies in development by the Karlsruher Physikkurs. The main motivation he has to do so is that he believes the methodology and principles used in the filed of system physics, which are strongly based on methodologies developed in the filed of System Dynamics and perfectly implementable in the modeling language Modelica that is having a strong momentum in Engineering, benefits from the discovery that the same structures representable in the models using the methodology from system dynamics can be found in all fields of physics.

Due to the fact that the origin of system physics comes from the efforts of the german university of Karlsruhe and are being pursued by professor Maurer at the ZAHW Winterthur university, the main research and the findings can only be found in german language! Following the links availble at the sire of the Karlsruher Physikkurs, reference can be found in Spanish and English too.

For me I have come to the conclusion that System Physics, the methodology coming from system dynamics and called design by modeling and that has powerful tools available, be it those that are referenced to from the Modelica Organisation Website and that prestigious companies like Wolfram, Maple, MathWorks and Dassault, just to name some, have decided to base their software products on Modelica, which also reinforces and ensures the future of system Physics. You cannot model physical/mechanical systems of the real world in modelica efficient and smart if you are not aware of system Physics.
Share:
Share

Quantum Self education in modern physics

Mathematical treatment of signals and systems