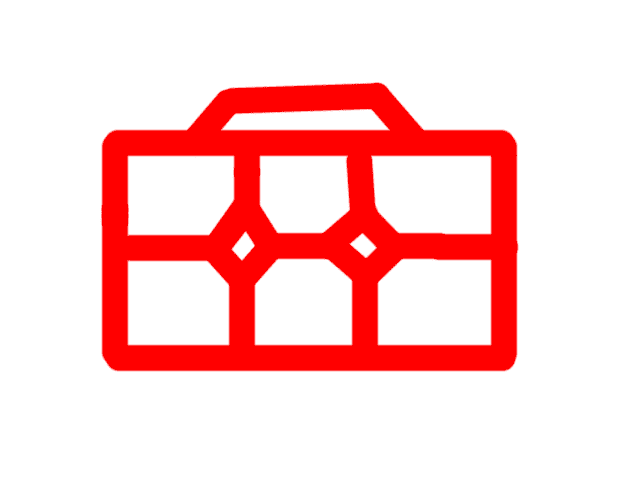 This has bothered me for quite some time. This drawing represents the plastic ring around your typical 6-pack of Dr. Peppers, Coke or most any 6 pack of something. The ring consists of 6 loops for the drinks, two small internal loops, and one handle loop. As any good dolphin lover would do I take a pair of scissors and make cuts through the plastic to "un-loop" all of the loops. It always takes a minimum of nine cuts...double cuts through more than one side is not allowed. Nine cuts!

I swear I did it in 8 cuts one time, and I was and have always been careful in my count, because I want to know. I have never been able to recreate the sequence of cuts that resulted in just 8 cuts. It always takes 9 no matter how I go about it. My question is this...is there a mathematical topographical way to prove the minimum number of cuts necessary to eliminate all of the loops? If so what's the answer. Is it 9 or can it be done in 8? Here is an even better question...if 8 is possible, why is the sequence of those 8 cuts so elusive? What makes that sequence so special that it's so hard to find, assuming its exists as I am convinced it does?

So until proven otherwise I am going to call this the Texan Conjecture which states..."Given the above diagram, there is a number of cuts less than nine that will result in a complete unlooping of the given loops".

Now, I go to start my Wikipedia page....

I believe this is the Betti number associated to your space.

This invariant was introduced by Riemann, in his 1857 paper Theory of abelian functions, where he proves that any transverse cut on an (n+1) connected surface transforms it into a n connected one. Since your surface is by his convention 10-connected, it would be transformed by 8 admissable transverse cuts into a doubly, but not simply connected one. So it would seem that either your memory is wrong, or you made at least one inadmissable cut. An admissible transverse cut is, according to Riemann, one that begins at some boundary point, ends at some boundary point, and lies otherwise in the interior of the surface. (To be useful in reducing the connectivity, it should also not cut the surface into two pieces.)

This invariant is equivalent to the Betti numbers essentially introduced by Enrico Betti in his 1871 paper, building as so many 19th century mathematicians did, on earlier ideas of Riemann, and so named later by Poincare'.
(The Betti number of your region, which is homotopic to a wedge of 9 circles, is 9.)
https://mathworld.wolfram.com/BettiNumber.html

See also page 6 of Riemann's paper, where it is stated that any "Quershnitt" (crosscut) transforms an "n+1-fach zusammenhangende Flache (surface)" into an "n - fach zusammenhangende" one, where the z - word means "connected" or "hanging together".
https://www.maths.tcd.ie/pub/HistMath/People/Riemann/AbelFn/AbelFn.pdf


intuitively, look at it this way. a single cut can at most go from the edge of one loop to the edge of another, thus forming from those two loops plus the two edges of the cut, a single new loop. I.e. the only loops affected by such a cut are the one it starts at and the one it ends at. Thus after one such cut the number of loops is reduced by one. If a cut starts at the edge of a loop and ends on the outside border, it removes only that one loop. If it begins and ends on the outside border, it leaves all the loops alone and removes none. If a cut begins and ends at the same loop, no loops are removed, and in fact the surface is separated into two pieces, ( just as when the cut begins and ends on the outside border). Since there are 9 loops to begin with, amd each cut reduces the number of loops by at most one, it takes at least 9 cuts to reduce to no loops. (Actually this is pretty close to a proof.)

The only way to do it in fewer than 9 cuts is to cheat by allowing cuts that just "nick" one or more internal corners; then you should be able to get it down to 4 straight cuts (or one with a lot of curves). 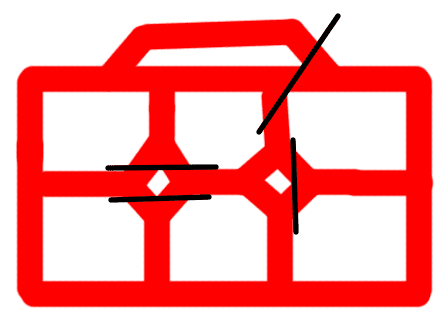 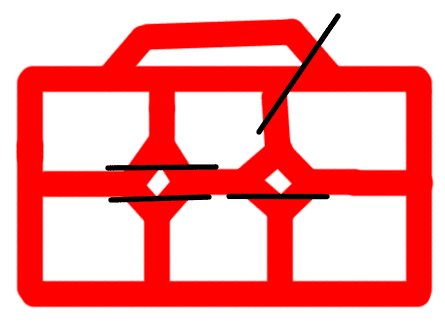 yes, according to riemann's definition of where a cut ends, one that nicks a corner must end there, so each "nicking" cut would count as 2 or more cuts, ( the doubly nicking cut above counting as 3). Hence that example is a nice verification of the correct count: three double cuts and one triple cut, makes 9.
Last edited: Sep 22, 2022
Share:
Share

Suggested for: The Texan Conjecture

MHB Calculate the volume of the set M

I Doing proofs with the variety function and the Zariski topology

MHB Is the convergence uniformly?

MHB Points of the surface with minimum distance to the point (3,0,0)

I The asymptotic behaviour of Elliptic integral near k=1