There are no evil Bobs

I have this theory that there are no evil Bobs. I base this on the fact that I never met a Bob I didn’t like. Historically, the name Bob does not lend itself to infamy. There are no “Bob the Rippers”, no “Bob the Impalers”, etc.

This is not to suggest that there are no evil Roberts. I’ve known a few. But Bobs are special. Bobs are an extremely good-natured subset of Roberts, and I have never known a Bob that was the slightest bit evil in nature. I have discovered that I actually have a Bob bias. In fact, when choosing a professor, I'll seek out the ones named Robert and if I can find out that he goes by Bob, I'll sign up for the course immediately.

So prove me wrong. Post your evil Bob stories here.

Bob Newhart is truly evil. His phone call to Sir Walter Raleigh was so funny it made me start smoking.
brewnog
Science Advisor
Gold Member

The only Bob I know is sound as a pound. He's so nice that we can call him Ugly Bob, and he doesn't even care! In fact, he likes it!
BicycleTree

brewnog said:
The only Bob I know is sound as a pound. He's so nice that we can call him Ugly Bob, and he doesn't even care! In fact, he likes it!

So far looking good. I do not know any evil bobs either!
zoobyshoe

Math Is Hard, you are on to something. It is fully supported by this well know Hollywood lore I just made up:

On the set of any film where Robert DeNiro plays a good character, everyone refers to him as "Bob". But when he plays evil people, like in Cape Fear, everyone on the set calls him "Robert."
Pengwuino
Gold Member

My uncles name is Bob and hes great! I also knew a few roberts back in high school and they were all cool.
zoobyshoe

And, whooaaah! Check this out:

But "Bob" spelled backward, is:

Does The Dread Pirate Roberts count? 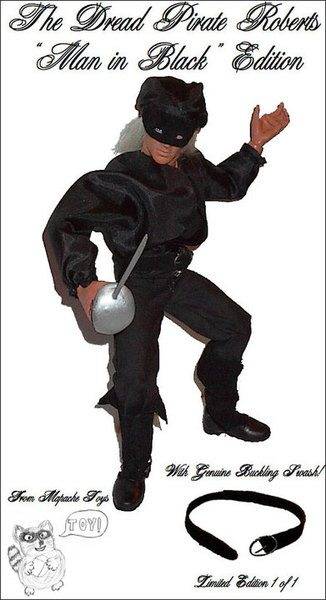 No, it doesn't, actually. I want examples of evil Bobs. Eeeeeevil Bobs! I don't think there are any.

And, thanks for your input Tom, but...

p.s. I'm not sure there are any evil Toms either, but I'm not ready to present that theory yet. I need more evidence, and I still have to work around that "Uncle Tom's Cabin" problem.
gonpost

He hit his children...my mother never even knew it...

gonpost said:
I once knew an evil Bob...

He hit his children...my mother never even knew it...

Thank you. I appreciate your being so candid. This is the stuff that could dismantle my theory. I can't help but wonder how others perceived him, even though you knew the truth about him.
Janus
Staff Emeritus
Science Advisor
Insights Author
Gold Member

Math Is Hard said:
No, it doesn't, actually. I want examples of evil Bobs. Eeeeeevil Bobs! I don't think there are any.

And, thanks for your input Tom, but...

Well, there is this guy:

And a google search yields http://chicapanzy.keenspace.com/.
Last edited by a moderator: Apr 21, 2017
mattmns

Damn! My theory weakens. I must call the university and postpone the reading of the thesis. And cancel the caterer, too. I'm not ready to defend. :grumpy:

However, let me just say this: I'm not completely convinced, except for one instance, of evil Bobs occurring in nature. In the fictional cases, I think that the authors merely desire to create a humorous irony in juxtaposing the name Bob with our traditional concepts of evil. It is the very "non-evilness" of the benign name of Bob that leads him/her to do such a thing in the first place.

I know of an evil Bobby who cheated on his wife and ran out on his kids without paying child support (car salesman to boot), but as far as I know, he never went by the name Bob.

But the Bob I know is the most laid-back, mellow sort of person you've ever met.
Lisa!
Gold Member

Your theory is great and I think there are lots of evil Bobs because I hate this name :grumpy: I think you shouldn't start proving your theory here by asking members' oppinion.you know you should ask some of members "what's your name?",so you were able to develope your theory better.I mean there was no need to redo everything for evil Toms...
Math Is Hard
Staff Emeritus
Science Advisor
Gold Member

I found something kinda interesting this morning:

"Generally, the longer a man's name, the more likely it is that he will be viewed as honest and accomplished. However, for people who want to be considered part of a group, it is better to have a short name or use a nickname, a lesson that both Bob Dole and Bill Clinton have learned."

And its seems that Bobs are non-presidential as well as non-evil:

"There have been three American presidents named William - McKinley, Taft and Clinton - and none named Robert."

"As a rule, Bobs are generally good-natured people, despite some of the goofy nick-names people come up with for us. It seems that some people can't be satisfied with just calling us "Bob". They have to add stuff to it, like "Bob-A-Loo", "Bob-A-Reno", "Bob-A-Linsky", and other odd variations. And, there's always someone who thinks they are being original by calling a Bob "Boob". It's B-O-B. It's is not hard to spell, and even easier to say, but some folks just can't get it right no matter how hard they try! Being the good natured souls that we are, however, we just nod and smile and go on with living the life of Bob."
JamesU
Gold Member

yomamma said:
MIH, do i detect a hint of BToli?

yomamma, I swear I am being sincere. There's something to this Bob thing.
JamesU
Gold Member

could this be an effect of the zoloft?
Log in or register to reply now!

Related Threads on There are no evil Bobs

There are no evil bobs, but all joes are evil

I am an evil Bob

Sin of doing evil or the sin of not preventing evil

Proof that girls are evil

Are you an Evil Genius?
2