On an old forum I used to read someone's signature was "Use your turn signals! You people act like it's sharing information with the enemy!"
BillTre
Science Advisor
Gold Member
2020 Award

I was trying to figure out where that came from and eventually ran across this one.

Borg said:
I was trying to figure out where that came from and eventually ran across this one.

It is from the movie "Shoot Em Up".

TIR (ecognized), that it is a very thin line that prevents us from even more people trying to prove conjectures in number theory. Wiles was able to decrease the number of FLT provers, so they seemingly all ran over to Collatz. However, there are many more unproven, and very easy to phrase conjectures. But they use ##\equiv ## and ##\mod n## instead of ##=##. So it's literally a thin line that prevents us from people who try to prove, e.g.
$$
p \in \mathbb{P} \Longleftrightarrow \sum_{k=1}^{n-1}k^{n-1} \equiv -1 \mod n
$$
Stavros Kiri

DaveC426913 said:
TIL our Sun switches magnetic poles every 11 years.

Finding that out is a little like being a biology enthusiast for decades and then one day discovering the existence of rodents.

Thus, the (plus, minus, plus) full-cycle polarity period is actually 22 years ...

Also the age of some trees on the Earth is actually reflected via the 11 year cycles ... (with equal number of homocentric rings/circles inside their trunk core [1 circle for every 11 years of age] ...) !

Another not commonly known intersting solar phenomenon/property is Sun's differential rotation (e.g. the period of rotation at the equator is not the same as at the poles ... [~25 vs 38 days ...]) ...


BillTre said:
What are these rodent things?


Hornbein said:
As far as being embarrassed about not knowing something, for the first sixty years of my life I thought Jupiter wasn't visible to the naked eye.

TIL that there is a

radiodont Cambroraster falcatus, so named because its head carapace is similar in shape to the Millennium Falcon from Star Wars.

It lived in the Cambrian period (time of first widespread complex animal fossils).
The head carapace is like the large shell on a crab (as seen from above).
kyphysics

PS. After all these years, I still can't follow directions:(:(

A Swedish genie is a bit of a stretch, but what the heck.

My fave bit is when she spoke in Farsi. But it didn't last.
Hornbein

Today I learned that influenza was spread through the air.

I am divorced and do a lot of dating. When meeting someone new, I always insist on a coffee date for a first meet. After getting catfished a number of times I learned not to commit to an expensive dinner or similar until I know if the person online is who they say they are. Most women are fine with that as it protects both of us. But I made a very rare exception to the coffee date rule when I met my current girlfriend a year ago. I had a good feeling about her and asked her out for a nice dinner on our first date.

TIL that had I insisted on a coffee date first like I normally do, she never would have gone out with me.

TIL about the rooftop racetrack of Fiat’s Lingotto factory:


https://www.amusingplanet.com/2015/12/the-rooftop-racetrack-of-fiats-lingotto.html said:
The manufacturing plant’s assembly line itself was unusual, and the test track was an integral part of it. Production started at the ground floor and continued sequentially up through the upper floors. As each floor passed, the cars approached their final shape until they emerged as a finished product at the rooftop where they were ready for testing. 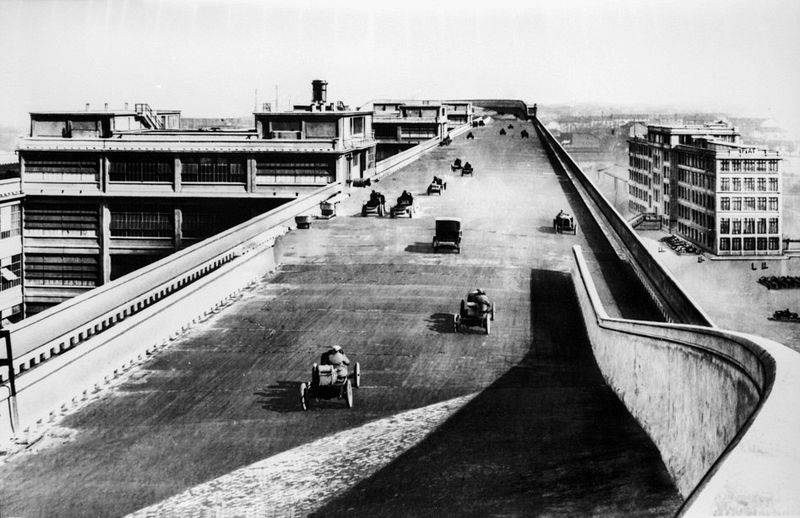 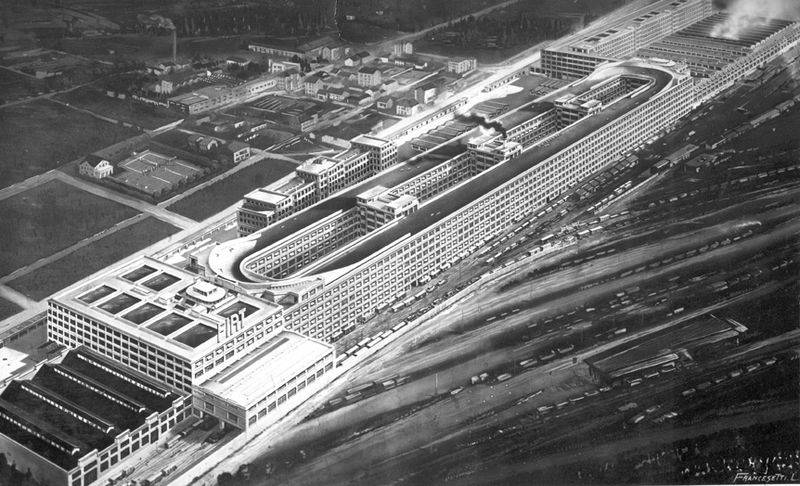 TIL that people in the food tech world actually talk about the thermodynamics of a sandwich.

So just what is the R value of bread... and the heat capacity and thermal conductivity of mayo?
Hornbein

In Japan students are not allowed to ride automobiles to or from school.

The students clean the school. There are no janitors.
Astronuc
Staff Emeritus
Science Advisor


Seventy-five years ago (in 2016) on Nov. 25, 1939, Electro-Motive Corp.’s FT demonstrator diesel locomotive No. 103 left its birthplace at the company’s La Grange, Ill., plant. Nobody, not even its builders, knew what the new creation could do. True, the 17-year-old Electro-Motive had been a pioneer in diesel propulsion for railroad use, having built a successful line of self-propelled passenger cars (doodlebugs), diesel switchers, and diesel passenger locomotives. But the new FT would make the company’s fortunes soar. No. 103 became the prototype for, in the words of Trains Editor David P. Morgan, the world’s first standardized, mass-produced line of diesel freight locomotives with “no equal in railroading.” The tour was more experiment than demonstration. The builder’s tone was, “We’d like you to help us find out just what we’ve got here.” They learned that the locomotive not only could pull record tonnage in record time while using half the fuel of a steam locomotive but it also needed minimal maintenance and had excellent reliability in all kinds of weather. It was equally adept at hauling passengers as it was freight. By the time the FT returned to La Grange in October 1940, 83,764 miles later, the diesel locomotive revolution had begun its meteoric rise. Sixteen of the railroads that hosted the FTs ordered them as soon as possible after the tour. Many roads on the trip that didn’t buy FTs later became big EMC customers; based on the tests, eight other railroads bought FTs for a total of 1,096 units. By 1947 the now-Electro-Motive Division of General Motors was cranking out four to six diesel locomotives a day. It’s appropriate in this 75th anniversary year of that fateful tour that the original FT, No. 103, is still with us. After a career of lugging freight on Southern Railway, No. 103 was donated in the early 1960s to the Museum of Transportation in St. Louis. The locomotive, “the diesel that did it,” took a place of honor during this year’s “Streamliners at Spencer” festival, celebrating the sleek, smooth look of early American diesel locomotives. Norfolk Southern is repainting the unit at its shop in Chattanooga, Tenn., before returning it to the museum St. Louis. No. 103 is a prized artifact in the history of American railroad technology, one of the true forces of technological change.

Hornbein said:
In Japan students are not allowed to ride automobiles to or from school.

Yikes. What do they do when it rains?
gmax137
Science Advisor

berkeman said:
What do they do when it rains?

Japan has more umbrellas per capita than anywhere else I've ever been.
Hornbein

berkeman said:
Yikes. What do they do when it rains?

Use umbrellas and rain clothes.

Tokyo is full of abandoned umbrellas. Recently I passed a convenience store that had thirty of them in their trash.

There are abandoned bicycles all over the place. When people move there is often no practical way to take the bike, so they are left behind. You can buy a new one for $140 so it isn't a big deal.

Many people don't oil their bike's chain. They get caked with rust. I feel like starting a League for Prevention of Cruelty to Bicycles.
Last edited: Sep 14, 2021
Hornbein

Today I learned that jazz trumpeter Dizzy Gillespie was of the Bahai' faith.

Hornbein said:
Today I learned that jazz trumpeter Dizzy Gillespie was of the Bahai' faith.

In related news (which I didn't learn today) Tina Turner belongs to a fringe Buddhist sect while Prince was a Jehovah's Witness.

Today I learned that Chick Corea didn't write Spain. (He did co-write it.)

Yesterday I learned that John Denver didn't write Take Me Home Country Roads. (He did co-write it.)
Hornbein

Today I learned that nobody wrote "In America the poor think of themselves as temporarily embarrassed millionaires." It is a highly condensed and paraphrased extract from a book review by John August.
Ivan Seeking
Staff Emeritus
Science Advisor
Gold Member

YIL where we get tartaric acid and cream of tartar.
DaveC426913
Gold Member

Ivan Seeking said:
YIL where we get tartaric acid and cream of tartar.

Related Threads on Today I learned

What did you learn today?
2

I had a colonoscopy today
5

J
I wore a dress today
3

I closed on my house today!

I had an Evo moment today
2

I cheated on my exam today
4