Today we are all Egyptians

Greg Bernhardt said:
Face Palm! I think there will be revolution in this family when the kid hits 7-8 and is humiliated.

Oh, come on. Corny? Yes. But heartwarming. Hopefully, they gave it another name or two which can be used later. My ex and I couldn't agree on a name for the life of us, and on day two in the hospital, hours before our release, having worked our way through to yet another letter of the alphabet of the birthing unit's "book of names," I stared at a name that literally lept off the page. I said it out loud, and that was it.

We still gave him two middle names, one her first choice, one mine, just in case... :)
nismaratwork

They were lucky! Their father’s name could have been Sheik Yerbouti! 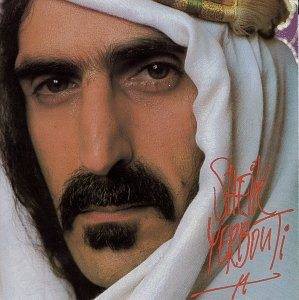 Ivan Seeking said:
But Reagan was a dedicated American in the truest sense - a lover of liberty for all, including non-Americans.

But that only works if you’re fit as a fiddle, right...?

DevilsAvocado said:
But that only works if you’re fit as a fiddle, right...?

Proton Soup said:
exactly. fitness is a sign of righteousness. an outward sign of an inward reality.

You're joking, right? Because... if you reverse that logic...

arildno said:
Irrelevant.
NOW they have elections, and those are followed.
Thus, all there is to be said about "democracy" has been said, right?
We could also add wonderful Indonesia, which is also one of these new-fangled "democracies", with a merely regrettably upsurge in sectarian violence against religious minorities (last week, to the frenzied screams of "Allahu Akbar", three Ahmadis were brutally murdered..).
Not to mention the hopeless position of post-Saddam Assyrian Christians..

We have no reason to expect anything different to evolve in Egypt, if given "democracy".

Democracy I see like capitalism. Capitalism, by itself, is just another form of serfdom. Capitalism is a component for economic freedom, but by itself, is not good. It must be paired with a free-market and developed financial system.

Democracy I view the same. By itself, it's just another form of tyranny. Rule of the majority as opposed to rule of the minority. Democracy is a component for freedom, and must be paired with things that will protect the minority from the majority, and structured in a way to work on a nationwide level (like a republic for example).
Ivan Seeking
Staff Emeritus
Science Advisor
Gold Member

DevilsAvocado said:
But that only works if you’re fit as a fiddle, right...?

The video wouldn't play but I can see the title. Don't confuse differences in philosophy with a betrayal of principles.
Share:
Share

Related Threads on Today we are all Egyptians

N
Are we going to have a Happy Easter chat today?

Do we have free will? If not, then we are all puppets and every

S
What sort of hero do we need today?

N
Today, we watch the downfall of a car manufacturer.
2

Why the map get this direction as we see today?

O
What new technical things will we know in 2030 that we don't know today?

O
News Why are we concentrating on gay specific bullying instead of all bullying?
8

Can't we all just get along?
2