Unification - a matter of metrics

String Field Theory may be thought of as a theory of abstract entities such as strings and vibrating membranes. It may also be thought of as a theory of Resonances in the projective fashion of a holographic theory of fibers/fibrations and unitary measures. Since I am too tired at the moment to construct a thesis here [zz)] but am inspired to "drop a few lines", I will merely point out some fields that may be criticized and perhaps noted as potential landmarks for future progress.

Also: ......................a microvector..........use those instead of those gaustly eigens. Microvectors will work in a Besicovitch fractal set. Oh yeah.....the Besicovitch set will contruct that pesky SU(3) holonomy group for defining manifolds in the form of graphs [and graphs into manifolds, no prob]. Hecke's "cell graphs" will be found to correspond to ribbon tangles in quantum groups. Besicovitch-Kakeya sets, geometrically universalized into conical and affine cylindrical measures, are to the light-cone gauge what Hopf fibrations are to the Riemann sphere. They are contextual symmetry point maps for a complete group. There are eight points for the branches of every cone and ten areas if we include the diameter of the trunk. Main branches make up four simplicial groups that contain two representations each. And their are elements for representations and groups hidden within the trunk that are actually holonomy groups.

Microvectoring = "something that will allow the Planck lenghth and the light-cone gauge to make more babies ie. the Planck-cone or h-cone." This I like to call the initiator of the graviton.

In order to merge quantum superstring theory with holographic theory, indeed both theories are shared by the view of resonant harmonics, we must 1. find a point of origin for a 12-dimensional O(10, 2)-metric in terms of a non-Lorentzian function space, and 2. somehow take this point of origin and unify it’s distributive measure as a lattice with the holographic phase space. 1. is provided by a symmetry between manifold spaces where the holographic model for large body tensors is a nonorientable compactification of 18-dimensions down to two. This symmetry is a symmetry by a margin of two dimensions where 18 and heterotic 10-7 is compactified down to 16-dimensions leaving another two-dimensional margin between 18 and 16. It is the orientable two-dimensional wormhole manifold on a T2 fiber map which is the holographic optical fiber of the Poincaré map or section of the nonorientable Klein Bottle universe (the Poincaré section is mapped into a three-dimensional "holographic" m-torus). 1. is the result of a topology over a harmonic function space set in LXxLY Orlicz symmetry where the antisymmetric circumvented perturbative tensor is a mapping between a two-dimensional coordinate symmetry group and the K3 on T2 symmetry tensor K3 x T2 product.

By simply converging Orlicz space into the Lorentzian metric via non-intervening measures we can develop a complete Orlicz metric.

Orlicz space convergence in 12-dimensional O(10, 2)-metrics is a convergence under a measure space without Vitali conditions. We also adjust the distributive measure basis into one without an intervening measure through complex cell functions which not only alters the basis of the s and m measures but also provides a transformation in Euclidean space that is six-dimensional rather than four-dimensional. For this we compactify four down to three and find symmetry between six-dimensional Calabi-Yau manifolds and the O(10, 2)-metric.

The second task for integrating the resonant harmonics of quantum F-theory with holographic modulation theory is by transformation of the holographic phase space bubble with six-dimensional manifold spaces in quantum superstring theory. In other words the reduction of manifold phase space.

The phase space reduction integral is continuous under the intersection method whose basis is of a fine partition under a premartingale sequence. Any element of the intersective partition that reduces holographic phase space is a cell. These cells are measures of finite measure basis’ for sigma-fields. Cells of intersective partitions in the reduced phase space prove to be the elements of the reduction to a classical measure. Hence the classical measures s and m for phase spaces can be dissolved into smaller measures for the singular point particle region of the reduced phase space pinch. Cell functions define the fine intersections of strings in a presmooth manifold in any phase space. They also define the four string interactions on a sheet because they are fine enough to parametrize their conformal mapping. Cells form whole partial sums of measure derivations and topological phase spaces. They are the abstract intervals of sections and intersections and for all partitions for intersection. - See C.A. Hayes and C.Y. Pauc on Derivations, Martingales, Cell functions and Star Blankets.

Cell functions are the interactions of regions in phase space with the reduction partition of elements. Here we can see how cell functions allow for the breakdown of classical topological measures into ultrafine microquantizable measures. This in itself is the fractal topology of holographic universe theory. Fractal topology [F-theory, "F" for Fractal]

As a result of their finess, cell functions permit strings to pass through the light-cone gauge and hence allow their graphs to merge without disturbing the laws of conformal invariance. Stochastic cell functions do not negate the analytical properties of functions under sigma-additivity but instead provide a field where smaller scale operators for smaller scale interactions can be smoothly integrated into a Hamiltonian for an otherwise grainy quantum coherent reference system.

Both microvectors and cell functions are projected into graphs which have similar conformal variations. In order to map the phase space of holographic transformations in superstring theory under the ultrafine parameters of cell functions we must begin by 1. generating a cell basis where curves of strings can be measured in a Hamiltonian reference system, and 2. showing how the phase space of non-Lorentzian transformation in Orlicz space "conformalizes" to a quasi-analytical smooth topology.

Basically it just means that number theory can be reallized as an evanscence condition for things I call "buffer cartridges" which assist in deffinition for zero-point metrics and the unification of classical mechanics with heterotic strings and heteroclinic dynamicals.

3. Dark Matter....what in the hell is the stuff?
[zz)]......don't mind me. Neutrallized light = Dark Matter. Neutrallized light = light that does not move at the speed of light. Also............... ....90% of the universe is Dark Matter, 90% of DNA is junk/intronal and 90% of the human brain is not used. Note: the Gaussian random field, note the cosmological distributive Poisson proccess for galactic superclusters. And the universe is bounded harmonic function/ bounded by dark matter. It's edge can be reallized; note: polytope theory and coputational algorithms + combinatorial graph theory. Also note; HII regions, ionized hydrogen and "the aliens".....lol..........who tampered with the universe?. Axonal webbing, note: dark matter stored in the human brainstem, the human reptilian brainstem that is. Oh and Shroddies kitty IS alive and well. 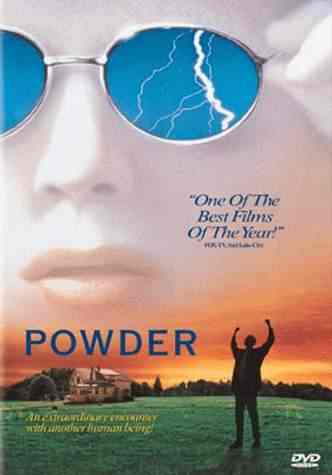 Jesus Christ, how does one fit all that information in their brain?
Fifth Element and its Archetecture

Sol
Last edited by a moderator: May 1, 2017
Kaku is Very Helpful Here


And last but not least, http://www.superstringtheory.com/forum/metaboard/messages18/179.html [Broken]

Sol
Last edited by a moderator: May 1, 2017
jeff
Science Advisor

Suggested for: Unification - a matter of metrics

Unification of gravitation with other forces

I Is Matter Really made of Matter?

B Phases of matter

Antimatter - a kind of a matter?

The ToE: Unification or Replacement?

Doubt on states of matter