what is a spectral line of a molecule?

can this be used to work out the wavelength and frequency of the incoming light?

My understanding of it is its an extremely narrow range of wavelengths of the electromagnetic spectrum. You know those orange street lights that are everywhere? They're high pressure sodium lamps and that orange light is sodiums emission spectrum. If you shine a HPS lamp through a prism it won't separate into a rainbow like sunlight does, instead it'll separate into a handful of "spectral lines" which are different colours because they are different wavelengths. Its only when you combine all these wavelengths that you get that orange light that sodium gives off. Every element has its own unique emission spectrum. For example heres a mercury lamp: 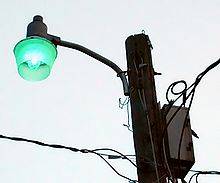 as you can see mercury emits that bluish green light. If you shine that through a prism heres what you'd see: 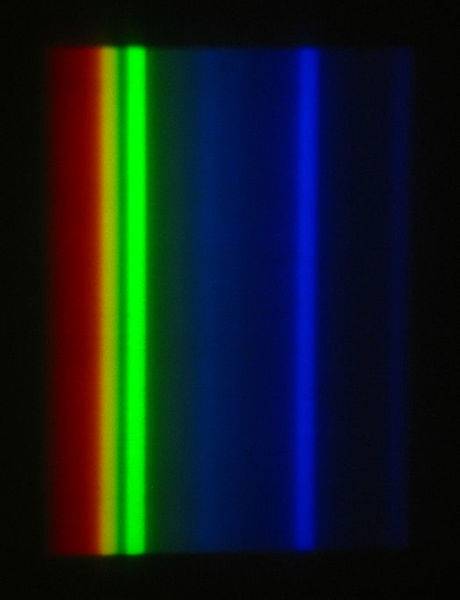 which emits that orange light. Shine that through a prism and you'll see something like this:

in that picture it looks like a single spectral line but its actually 2 spectral lines. They're both in the orange region of the visible spectrum:

so its not surprising that when they combine, the light looks orange.

I've heard people refer to them as "single wavelengths" but that makes no sense at all, if a single wavelength actually exists it would probably be narrower than 1 x 10-googleplex meters but saying there can be a single wavelength is like saying that if you keep counting you will eventually reach the largest number in the universe. If I'm not mistaken, different parts of a spectral line are more intense than others and there will be an area of the spectral line that is the most intense. This is the wavelength that they use to label the spectral line. For example sodiums 2 orange spectral lines in the visible region are said to be 588.9950nm and 589.5924nm. In reality theres no limit to how far you can zoom in so a computer could give you a number with a thousand numbers after the decimal so for example it'd be 588.99504367527234673474293568245723463246723587182469356934866...... nm.

that intense spectral line at around 250nm is invisible cuz its in the UV spectrum:

EDIT: I'm getting a bit carried away with this reply here but I thought I should add this picture:

if you've never burned strontium before, look it up on youtube. It emits red light. As you can see strontium has a few spectral lines in the red region of the visible spectrum but it also has a few blue ones. The reason the light appears red is cuz its red spectral lines are way more intense than the blue ones. Take a look at mercurys UV-Vis spectrum again, you can see that the spectral lines in the yellow region are much less intense than its green and blue spectral lines which is why mercury light appears bluish green to the eye. I'll shut up now, as you can see I have a bit of an obsession with emission spectra lol.
Last edited by a moderator: May 5, 2017
Share:
Share

H
Help finding out Whats in this?