When will we not be human

I was reading about a tribe in Africa and how they have not changed there ways for thousands of years. There are a few of these tribes left in the world. All these tribes can only have 3 outcomes. They breed with us, they go extinct, or they remain the way they are. If the third prevails then it is just a matter of time before we can no longer call ourlseves human. They will be the humans as they are the ones not changing. After some time we will not be able to breed with these people. (I hope no one takes any of this as racist). What I want to know is how much of our DNA has to be different before we can no longer breed. Have then been DNA testing on any of these tribes? Do we know how long this will take? do we already know what we are going to call ourselves?

Careful not to confuse society/technology with genetics. I think it would be safe to assume that these tribes would be really no different from you genetically than your next door neighbor.
binbots

Yes that is true for bnow. But evolution says that a species divided by say a river will eventually become 2 different species. So we may be similair now but at some point we will be different.
hypatia

Maybe in another hundred thousand years we may be different. So its a little premature to come up with names.
binbots

Yes but some of these tribes have already been isolated for thousands of years. Wouldnt it be wise to start mapping this change now. If not now when. Are we that confident that it will take hundreds of thousands of years. what about taking a tribe from south america and another from africa. They have been seperated for even longer. even if we find tiny differences would it not help in predicting how long it will take?
russ_watters
Mentor

According to this timeline: http://en.wikipedia.org/wiki/Timeline_of_human_evolution#Homo

These are the types of timeframes likely needed for new species evolution in humans. So a tribe that has been isolated for a few thousand years has a long way to go to have a substantial alternate evolutionary path. However, there are some minor yet more obvious traits such as skin/hair/eye color and size that have had noticeable variation over just a handful of generations.
lisab
Staff Emeritus
Science Advisor
Gold Member

binbots said:
Yes that is true for bnow. But evolution says that a species divided by say a river will eventually become 2 different species. So we may be similair now but at some point we will be different.

I'm not a biologist, but I think you need more than just separation. I think there has to be different environmental pressures on isolated populations, in order for those populations to diverge into different species.
Andy Resnick
Science Advisor
Education Advisor
Insights Author

I wonder why nobody has mentioned the pod people.... maybe because it's already too late!
zomgwtf

BoomBoom said:
Careful not to confuse society/technology with genetics. I think it would be safe to assume that these tribes would be really no different from you genetically than your next door neighbor.

This is a large support for the 'out of Africa' model. Africa has the greatest genetic diversity whereas native Americans have the least. Makes sense if you think about it. The amount of genetic diversity goes down as you follow our ancestors migration.
MotoH 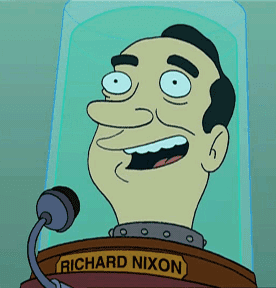 Suggested for: When will we not be human

Bacteria in the human body: when we die and when we are born

A Human or Not?

Will we be eating CRISPy food in the future

Medical Why do we vomit when we have appendicitis?

Why are we (human) don't have mating season?

What will human become? A Chinese girl needs your help
2