Who shipwrecked the economy?

This is an excellent show, IMO.


Economic Malpractice and the Millennials

How economic inequality destroys opportunity for the Millennial generation

Bill Moyers looks at the holes in our sinking economic ship, who created them, and ways to save the boat.

This is a bit long - how about taking a few points as they're discussed?

She begins by commenting that 'we lost our social contract' - I'm not sure what that means?

Apparently she wasn't affected as evidenced by her educational background - Yale and UC Berkeley - given her distant relatives were slaves, then great grandfather worked in steel mills, grandparents retired from public sector jobs in Chicago (police and social services)? She seems to be positioned more favorably than her predecessors?

Now that I listened more - she's claiming the Reagan policies have failed us - and I thought it was the social engineering of the Dems.

I had no idea that college loans were subject to 18% intererest rates? I better double check our Parent Plus terms.

Apparently lobbyists derailed President Obama's attempts to reform student loans? She thinks the student loans should be dischargeable in bankruptcy - to give people a chance?

She also wants to re-imbrace the unions - to give people a voice and power in the workforce.

She said the unspoken disaster in our lifetime - is the de-industrialization of our cities - somehow race is part of the problem - can anyone explain this - or support her comments?
Last edited by a moderator: Feb 12, 2012
MarcoD
A side remark. It looks to me that if you have kids, and they are getting ready for college, you could consider sending them to Europe. Tuition fees vary between Euro 1000 and Euro 10,000 a year though.
WhoWee

Because (she says) the CEO of WalMart makes $thousands per hour and the laborer in India/China makes pennies per hour. The higher priced goods on the shelf are beter - translated to wages the CEO is better than the worker?

She wants a WPA type jobs plan from President Obama - thinks this will get him re-eected by her generation?

She thinks public solutions for our problems will start with a clean-up of Washington - wealthy people and political elite are the problem - new leadership is required - "debt be damned".

Bruce Bartlett also weighs in with some Bush bashing - me thinks he forgot to factor in the challenges of 9/11?
Last edited by a moderator: Feb 12, 2012
MarcoD

Every economic disadvantage is always offset by an advantage somewhere. As long as people have jobs, clothes, food, or xboxes even, all money problems are just paper exercises and these things normally level out over time. The real economy in the US is very rich, so I don't really buy doom and gloom here.
WhoWee

Bartlett quotes Reagan regarding taking the US credit card away - and blames our problems on Bush and Congressional Repubs. Moyer reminds us of "no new taxes" - and says he showed courage against the wishes of the base. Says the "TEA Party" are basically mindless followers of the Conservative ideology - related to the tax pledge.

Bartlett says a lot of Christians are Repubs - because you have to believe in the ideology? I guess the Lib Dems have a different reason (not religious conviction?) for believing in left ideologies? They further discuss point that people reject facts because of their beliefs - cited a university study.

Bartlett says he doesn't think politicians are bought - just swayed by the community of shared interest.

Bartlett says if the wealthy don't pay more - then the rest of us will have to pay too?

Moyer asks a lot of pro-Dem/anti-Repub and pro-99%/anti-1% questions - doesn't he? Moyer seems to be VERY biased after 46 minutes - IMO.

Bartlett says FOX News has created an "echo chamber" - basically propaganda - Moyer agrees - big surprise? This is a lead in to a discussion of FCC fairness (lack of) - and Washington has made the richer richer, etc. - jumps too fast to follow?

:rofl:TEA Party people are elderly and concerned about Medicare - and will soon join Occupy Wall Street?:rofl:

Moyers continues with the evil billionaires and a promo for radicals (something or other?) - again Classic (crap) - IMO.
Last edited by a moderator: Feb 12, 2012
SixNein
Gold Member

In my state, the government is taking away funding from education to support other programs like health care instead of raising taxes.
ThomasT

Interesting discussions with McGhee and Bartlett. The essential culprit is identified as the control of big money big corporation influence wrt government policy.

In his closing remarks, Moyers referred to New Rules for Radicals by Sara Robinson.

Additionally, though Moyers didn't refer to it, Ralph Nader's most recent plan from his most recent book -- for average Americans who agree with Moyers' assessment and are wondering how they, personally, might contribute to positive changes wrt the status quo.
rhody
Gold Member

Very good show, Evo. By a staunch Reagan Republican who served for Bush I.
WhoWee

Hey Rhody! I thought the timeline related commentary was more fun than the condensed version.
WhoWee

turbo said:
Very good show, Evo. By a staunch Reagan Republican who served for Bush I.

McGhee blamed Reagan's policies for our problems - do you agree with her?
turbo
Gold Member

I was referring to the Bruce Bartlett interview.
gravenewworld

Long but quite informative:
http://www.law.umaryland.edu/academics/journals/jbtl/issues/4_2/4_2_301_Silvers.pdf

turbo said:
I was referring to the Bruce Bartlett interview.

It is a bit confusing as the two interviews had nothing in common. Out of curiosity, did you support Bush I before or after the "read my lips" reversal?
WhoWee

For a moment there I thought you were going to give Bill Clinton credit for unleashing Wall Street.
OmCheeto
Gold Member

The full transcript is online.

I think much of what the guests point out as problems has been discussed here at PF, so probably everyone has an opinion about who shipwrecked the economy. In my opinion, we were all at least a little to blame. Though I think much of the problem was an abuse of our trust. We put our money in banks, trusting that the bankers knew how best to protect our investments. Then 2008 happened. We trusted our politicians to keep our country running smoothly(ok. maybe not lately) and efficiently(ref). Then we find out hundreds of them go on to become lobbyists. Hmmm... Did they ever have us in mind?

Expanding on ThomasT's reference to "New Rules for Radicals":

5. Focus on our goals, not on our enemies.
......
But we’ve got a lot to do, and are strapped for time, energy and resources to do it with. Every moment we spend focusing on How Evil They Are is a moment we are not focusing on creating the next America where we (and they) will all be spending the future. Yes, absolutely: we need to name our villains, clearly call out the threat they pose, and put names to the tools they’re using to stop us. But vanquishing them is not the ultimate goal. We’ve got bigger, better, more rewarding work to do. All they are to us is in the way. And all the energy they deserve is however much it will take to get them out of the way.

I think I'm now in love with a Kanuck. (Hometown: Vancouver, BC)

I've been joking with everyone about my ONE BILLION DOLLAR idea: here, at work, friends, relatives. So far, everyone has told me not to wait the 870 days until I retire. Everyone, without fail, has said; "Get started. NOW!"

So I may have some questions for business owners in the near future.

ps. I started this post about 4 hours ago, but had to go change the oil in my truck before it started raining. Damned reality......
Last edited: Feb 12, 2012
Astronuc
Staff Emeritus
Science Advisor

Interestingly, Charles Koch is speaking out against crony capitalism, a topic of one of Moyers's programs.

Time Magazine 25 people To Blame For The Financial Crisis.

WhoWee said:
I see Lew Ranieri made the list. Personally, I think Barney Frank and Chris Dodd earned a seat.

Astronuc said:
Interestingly, Charles Koch is speaking out against crony capitalism, a topic of one of Moyers's programs.


CHARLES G. KOCH said:
I am confident that businesses like ours will hire more people and invest in more equipment when our country's financial future looks more promising. Laying the groundwork for smaller, smarter government, especially at the federal level, is going to be tough. But it is essential for getting us back on the path to long-term prosperity.

The company I work for:

Pardon my French, but the number of people Koch industries could employ in either scenario goes way off of Ivan's friends chart. 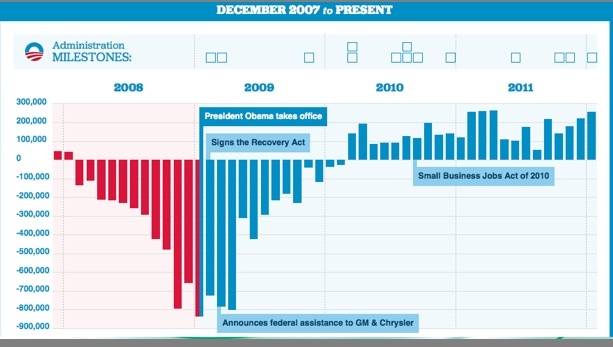 Senator Byron Dorgan wisely speaking out against the commodities futures modernization act in 1999:

I think your numbers are a bit off. Not sure what your point is.
You must log in or register to reply here.

Related Threads for: Who shipwrecked the economy?

Shipwreck with a treasure

Shipwreck in Baltic Sea? A UFO?
3

With the economy in shambles

News Is the world economy meritocratic?

News When the economy collapses
3

News Outlook for the Global Economy