CHICAGO, United States (AFP) – Incoming US president Barack Obama discussed the financial crisis and other problems with top world leaders ahead of his first public comments Friday since his election triumph.

After making the first key appointment to his administration, Obama spoke by telephone with the leaders of Australia, Britain, Canada, France, Germany, Israel, Japan, Mexico and South Korea, hastening the shift in political gravity away from President George W. Bush.

The financial crisis, the Afghanistan war, climate change and the North Korean and Iranian nuclear crises dominated the talks, according to accounts from the various capitals.

Australian Prime Minister Kevin Rudd said that he and Obama discussed "our resolve to act together on dealing on the global financial crisis and also working closely together on the great challenge of climate change."

Mexican President Felipe Calderon and the US president-elect discussed immigration and drug smuggling on the restive southern border, the Mexican foreign ministry.

Most of the world leaders will attend the emergency summit on the economic crisis in Washington on November 15, but Obama has not yet announced whether he will take a role in the event.

Cyrus got stiffed by one of his Johns.
Ben Niehoff
Science Advisor
Gold Member

Ivan Seeking said:
Cyrus got stiffed by one of his Johns.

So much for the image of the GOP as the party of loyalty and honor...where did John go?
Evo
Mentor

Don't know if this is worthy of a separate thread but -


Four elections to be held over the next year in the Middle East and its outer fringes — all of them potentially affected by Barack Obama's historic win on Tuesday — could substantially alter the region's troubled dynamic. Obama's victory will be, rightly or wrongly, viewed by many abroad as heralding a tectonic shift in U.S. foreign policy. And that perception could shape the outcome of a number of different races across the troubled region in ways that could affect long-term U.S. goals, for better and worse. (Read "The World's View of Obama's win.")

Israel goes to the polls on Feb. 10 to elect a new Prime Minister and parliament; voters in Iran will choose a new President on June 12; and Iraq will hold provincial elections next January, followed by a national election late in 2009. Afghanistan is slated to hold new presidential elections next fall.

Should be interesting to see what develops in terms of the leadership and popular expectations in those countries.

We need to find a nice deserted area in the world where anyone who wants to shoot someone can go and participate, and the rest of us who would rather live in peace (and not shoot anyone) can do so.
Astronuc
Staff Emeritus
Science Advisor


Nov. 10 (Bloomberg) -- Barack Obama, elected president as an agent of change, is building his new team with old hands from the Clinton administration.

His first appointment, chief of staff, went to Rahm Emanuel, an Illinois representative and veteran of the last Democratic White House. Leading Obama's transition team is John Podesta, who was President Bill Clinton's chief of staff.

Obama's most dramatic step would be to name New York Senator Hillary Clinton, his defeated rival for the Democratic presidential nomination, as secretary of state. Two Obama advisers confirm the idea has been discussed, though they say they don't know how seriously the president-elect is considering it or whether Clinton would accept it.

Faced from day one with an economic crisis and two wars, Obama's campaign theme of changing the way Washington works is about to be overtaken by getting to work in Washington. For that, experience helps.

From his transition team to his economic advisers, Obama, 47, has surrounded himself with both loyalists new to government and a group of familiar Democratic Party figures who formed something of an administration in exile during Republican President George W. Bush's administration. Some of those who have advised Obama reach back to Jimmy Carter's administration, such as Paul Volcker, 81, the former Federal Reserve chairman.

...Obama's most dramatic step would be to name New York Senator Hillary Clinton, his defeated rival for the Democratic presidential nomination, as secretary of state.

If the Pres. elect goes w/ Clinton everyone will pretty much have to scrap 'Change' logos and bumper stickers.
Cyrus 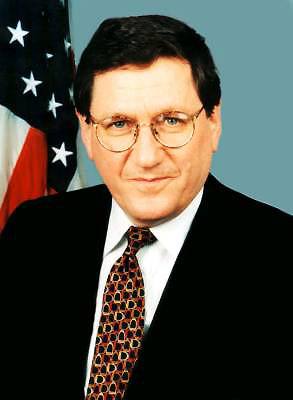 Im going to say his name over and over again until Im blue in the face. Give him a good position.
chemisttree
Science Advisor
Homework Helper
Gold Member

Ivan Seeking said:
Alex Castellanos, Rep media consultant, commented last night that Obama did something he has never seen before: Obama told Americans that he he will need our help.

Can you guess who said this after winning the presidential election?

...So today I want to speak to every person who voted for my opponent: To make this nation stronger and better I will need your support, and I will work to earn it. I will do all I can do to deserve your trust.

It appears that any Tom, Dick or Harry can call themselves a Rep media consultant.
Last edited: Nov 12, 2008
Evo
Mentor

chemisttree said:
Can you guess who said this after winning the presidential election?


It appears that any Tom, Dick or Harry can call themselves a Rep media consultant.

Related Threads on Yes we can!

News Are we there yet? YES! - US Debt Limit is Reached
4

A
Saying 'yes' to Existence = 'yes' to Everything?

Can we imagine death?
2

W
Can we control love!
2