Is Silbury hill near stonehenge an egyptain pyramid?

You often hear people talking about stonehenge but not so many people have heard of its close neighbour Silbury Hill - the biggest man-made hill in Europe.Silbury Hill was constructed at around 2700 BC about the same time as the Step Pyramid in Egypt.
Is Silbury Hill a representation of a pyramid? And what does a pyramid represent?
Does it represent anything other than a stable configuration for a large building - perhaps silbury hill which is made from gravel and chalk and some stone (the readily available local materials) wouldn't have been so stable if they had built a pyramid.And who were they?
Could stone circles be representations of the craters of volcanoes-
stonehenge has volcanic rock incorporated into it that was dragged 140 miles to the site.A lot of effort went into building stonehenge and silbury hill but the oldest parts of stonehenge predate silbury hill by 1000 years.However given how long pyramid building went on for in Egypt could Silbury Hill be a construction closely related to Stonehenge.If stonehenge was a representation of a volcanic crater and silbury hill - the biggest man made hill in europe - was a volcano,
could that volcano be Mount Etna - the most active large volcano in Europe? 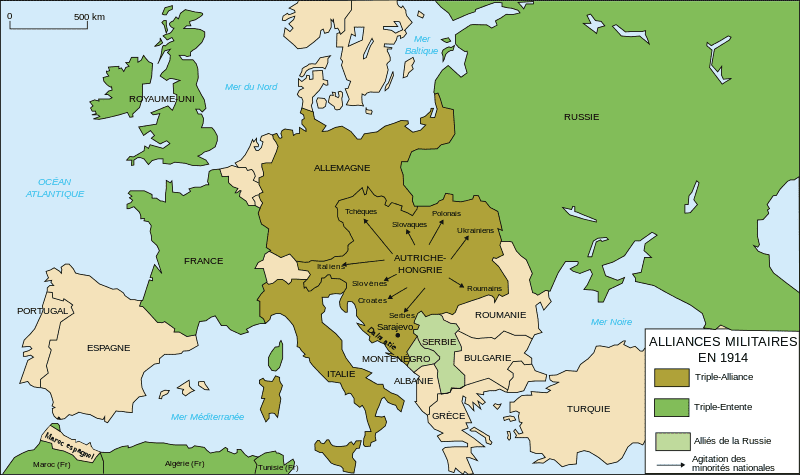 A map of western europe shows that the outlines of italy and great britain look like the legs of a lizard/turtle with spain forming the head.And the south west of great britain looks like italy as a whole.Did ancient people notice these things,think of great britain as the other leg of their turtle/lizard and come to britain from italy to build stone circles which represented volcanic craters in italy?There are many volcanoes in italy! And if pyramids represent volcanoes too are these volcanoes in africa or in europe?
Last edited: Jan 8, 2008

A mound is pretty much the only long-term stable structure you can build without incorporating structural elements. The English landscape is riddled with barrows; it is the preferred method of burial. How is Silbury different, other than scale?
jim mcnamara
Mentor

And why do we have to ascribe mysterious external influence when those folks already knew how to build giant mounds?

This kind of stuff is great for TV fodder, but from what I see it ain't Science.
hypatia

Pyramids representing volcanoes, is a pretty odd statement. I have never seen anything which would make this assumption even plausible.
From what I have read, no remains have ever been found on the site. So we can't even claim its a burial chamber. It could be religous, secular, or some long ago ruler saying I want a hill built here.

*Note the crater which is visable now, was caused by the cave in of tunnels dug by archeologist. When I visited many years back, there were plans to repair it.
pitot-tube

Silbury Hill has about the same volume as the Step Pyramid which was built aroung the same time- 2700 BC.The builders would not have deliberately put a crater on top because then they would have encouraged a build up of water and subsidence in the gravel and chalk mix.I also compared Silbury Hill to a pyramid and volcano because it is
close to the volcanic rock at stonehenge and the pyramids in egypt are associated with a big volcanic site - the Rift Valley.Silbury Hill is surrounded by a large ditch which when filled with water could have represented the sea around Sicily on which Mount Etna resides.If you look at one of the largest stone circles in britain - Long Meg near the Lake District - it is at an angle on the map relative to Silbury Hill that Mount Vesuvius is relative to Mount Etna. There is a single 15-20 ft red sandstone stone outside the Long Meg circle (which is made from local volcanic rock) - this could represent sand on the coast near Vesuvius.Interestingly, the Castle Rigg stone circle (made from local volcanic rock) in the Lake District (which would,because of Long Meg's sandstone block symbolically be across the sea) would then represent a volcano on the island of Ischia close to Vesuvius.There are circles made of piled earth in places like croatia which are circa 5000 bc and 1000 years older than the oldest parts of stonehenge.These are known to have had astronomical alignments.Some of the British circles could have astronomical alignments too.But I am suggesting that the Italians/sicilians of prehistory came to Britain and introduced a new culture - based on stone and volcanoes but still preserving the astronomical functions of the circles.The fact that the largest stone circles are found in Britain suggests a unique culture was present.There is also a unique culture present at the largest stone site in Europe - Carnac in Brittany in France - where lines and avenues of stones predominate.It is thought that the French culture was not linked to what was going on in Great Britain.
Last edited: Jan 8, 2008
hypatia

That is so speculative, that it borders on ridiculous.
Garth
Science Advisor
Gold Member

Ancient Britons would not have known much about volcanoes.

Silbury Hill is about 1 mile south of the Avebury Ring, as well as several barrows (burial mounds) in the area, they are from the same epoch about 4,000 years old.

I have a friend who lives in the village of Avebury in the middle of the Avebury Ring, the whole place is much more exciting than Stonehenge, which was built later.

In my early twenties I had the great privilege of taking a trip to England with my girlfriend and her museum owner/teacher mother (they have everything from a space shuttle tile to an Albertosaurus skull).

We spent a mere three days in London before hitting the road for two weeks, driving the length and breadth of England and Scotland, visiting every ancient site from Avebury to the Cerne Giant to Hadrian's Wall to the Orkneys.

It humbles and inspires a man. I'll never forget it.
pitot-tube

GARTH: "I have a friend who lives in the village of Avebury in the middle of the Avebury Ring, the whole place is much more exciting than Stonehenge, which was built later."

I've been to both places and agree with you.Sonehenge disappoints tourists who expect it to be bigger than it is.Avebury is larger than stonehnge by a long way and visually more beautiful and interesting.
DaveC426913
Gold Member

Or it could represent a unicorn sprinkled with pixie dust. :uhh:
mgb_phys
Science Advisor
Homework Helper

DaveC426913 said:
Or it could represent a unicorn sprinkled with pixie dust. :uhh:

It's a giant pointy mound - it could be a way for an ancient British cheiftan to deal with his mid-life crisis and small penis size before the invention of the Porsche SUV.
jim mcnamara
Mentor

Pete - Dave - this isn't helping. The OP doesn't get sarcasm, and doesn't seem to understand that ignoring facts - e.g., Mt Etna being 2500km from Silbury and people did not make day trips from Italy to Britain in 4000BC - simply means he's fabricating correlations, ie., weaving fairy tales.

In short he does not get Occam's Razor. "Use the simplest possible explanation first".
This whole thread, up to this point and including my post, is a waste of disk space.
mgb_phys
Science Advisor
Homework Helper

Actually I was being (semi) serious. Rather than try and find astronomical or religous explanations for ancient monuments, the thinking is now that they are built for exactly the same reason corporations build expensive highrise office blocks in city centres.

"Look at how powerful I am, look how many people I can order around, look at what i can do - don't even think about messing with me."
jim mcnamara
Mentor

Yeah the Ozymandias Syndrome. Anyway, either of the three reasons you cite is a simple explanation, rather than invoking well-schooled world travelers in 4000BC, and paying homage to another distant societies' sacred spot. I, for one, would not build a mound like that to honor some distant gizmo I have never seen, nor could ever see.

The OP needs to realize that Northern Europe and Britain was a crazy quilt of tribes, mostly Celtic, and there was ceaseless internecine warfare. Getting from Avesbury to Normandy would have been a feat. Getting thru from Italy to Britain would have been a major accomplishment. You would not know you were entering a one of dozens of hostile areas until somebody shot an arrow at you. Or in you. Not saying it's impossible, just that it was not an everyday deal like going McDonald's for a burger. ...urp.
Evo
Mentor

Suggested for: Is Silbury hill near stonehenge an egyptain pyramid?

Is this a pyramid scheme?

Rainbow without rain at Stonehenge

News A New Anomaly is Discovered in the Great Pyramid

Is the Singularity near?