Our goal is to provide a community for people (whether students, professional scientists, or hobbyists) to learn and discuss science as it is currently generally understood and practiced by the professional scientific community. As our name suggests, our main focus is on physics, but we also have forums for most other academic areas including engineering, chemistry, biology, social sciences, etc. Physics and math homework help is available for students.

Owner Greg Bernhardt started Physics Forums as a high school extra credit project for a physics class in 2001. Since then with the help of dozens of staff and hundreds of advisors, it has developed to become the #1 community for high-quality science and math discussion. Find information on our Insights Blog.

PF is a beautiful example of people coming together to create something with the purpose to help, to learn, and to create a sense of community among people that share a love of science and not for monetary gain. – Evo

It comes to many people’s surprise to find I am actually not very good at math and physics. PF started in the spring of 2001. I was taking Physics II in high school my senior year. The semester was ending and I found myself getting a “D” in the class. I badly needed at least a “C” to minimize the impact on my overall GPA.

Through the year I gained mass interest in the Internet, web designing, and community building. My interest in physics was also sparked by popular physics books by Michio Kaku, Brian Greene, Stephen Hawking’s and Paul Davies.

So I thought of proposing the idea of creating a useful physics community on the web as an extra credit project to my physics teacher. The teacher bought it and away I went. In the end, it took me just a month to get enough done and promote it for the thing to look halfway decent. I found a “C” on my report card end of the semester

PF started out on the ASP-driven software of Snitz. I believe we also started on the web host “DreamHost”. Unfortunately, two years later in 2003, we grew too big and too fast. We ended up having to ditch the software and the host. This resulted in starting completely from scratch. The database had about 200,000 posts in it. It still hurts to lose all that data to this day. But it has proven to be a turning point marker for PF’s history. We moved to a dedicated server and professional software to last us for many years. During this time I also admit hiring some non-qualified staff members. Once we got Integral, Tom Mattson, and chroot, things started to change.

Before the “beginning from scratch”, PF was becoming quite popular, but our forum management and organization were severely lacking. Over the next couple of years, PF would prove itself a giant in the science web community. Early 2004 we even hosted Michio Kaku’s official forums.

Physics Forums is now finally working like a well-oiled high-performance machine. The standard has been set. We’re pretty much coasting now that we have a complete system in place that has proven to be successful. Crackpots and spam are almost non-existent. Along with what seemed like a new design a year, we found one that works and will stick with for a long time now.

Over the next 8 years, Physics Forums would solidify themselves as the dominant resource and destination for science discussion. In 2010 PF won the physics.org Best FAQ Site Popular Vote award. PF would continue to refine its policies to encourage a healthy and productive environment. Features like chat were added to provide a respite from forum life. Partnerships with educator.com and phys.org would be established. PF would go through three style changes. Each is a little more modern, clean, and readable. In 2007 dear member selfAdjoint passed away.

The decision to move from vBulletin to Xenforo was made. A new style and new features gave us the jump into the modern web. Physics Forums Insights was opened. PF Insights is a science and math variety blog written by experts in our community. More on this era in a bit. Our dear members marcus and arildno passed away in 2016.

Much of this time was spent refining our mission, policies, and style. Many changes were made from suggestions and concerns from several member surveys. PF pushes for higher and higher quality each year while remaining friendly and welcoming. A curated video section was added and links to now over 1000 math and science videos. Big things are planned for winter 2018…

PF5 was released in March 2019 and brought a polished style and host of new community features like expanded reactions, push notifications, and an enhanced editor. The PF mobile app was also ended. More dear members have passed away, such as turbo and jimhardy.

Let’s use this section to list Mentors. Oldest to Newest. (Bold means they are still on staff)

“This is probably my favorite website on the web. To be able to engage world class physicists and interact with interested people on an international scale is invaluable. I believe this is the best use of the internet, to disseminate knowledge in a cooperative, voluntary way. The administrators are some of the best people I have interacted with online and they do an excellent job running the site. Highly recommended. All contributions are appreciated and help to create a rich environment of learning.”

“The most helpful forum site. The guys, the editors, administrators and all those people who handle the site + the members of the forum is very helpful when I bring one of my doubts on a subject or lesson to them. They help me a lot. Awesome I’d like to say the most awesome STEM community is the Physics forums community. I love browsing in the site, looking for tutorials and tips. I love everything about it. If not for the guys in it, I would have lost a hell of a lot of marks for the previous tests I took. I learn many things from this site. Long live PF community.”

“I just wanted to say a big thanks to the members of Physics Forums for their help and support especially while I was doing my physics degree and for help with some of the other strange (and dumb) questions I’ve asked whilst on my PhD!”

“One of the best scientific forums ever! It helped me a lot, and still, through my education and with my research.”

“Well the other day I just realized what valuable and integral part of my life and daily activities the forum has become and it made no sense for me not to support you and the others for what you contribute and for all of the things you do to keep the forum running smoothly.” 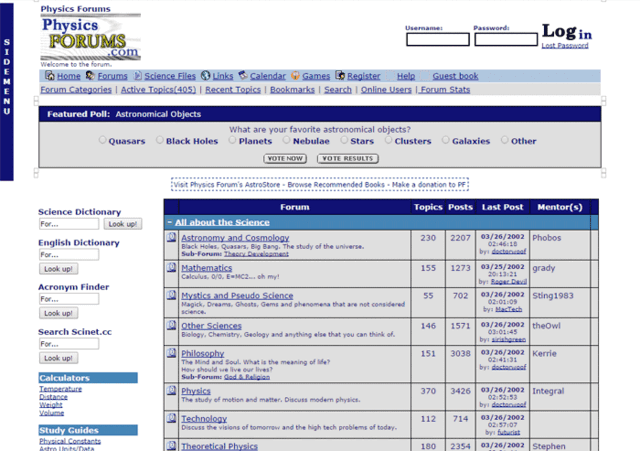 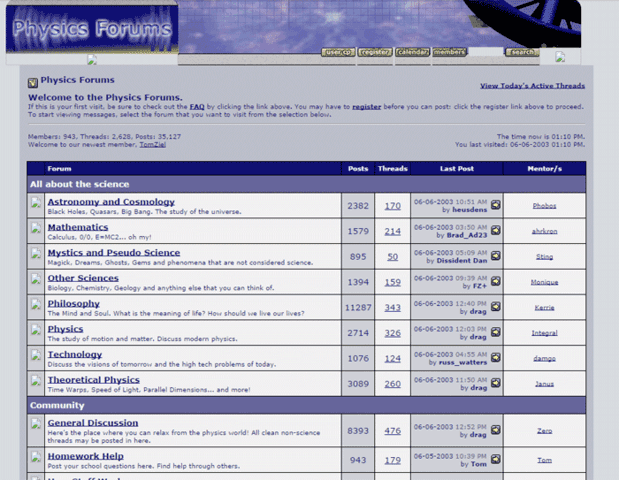 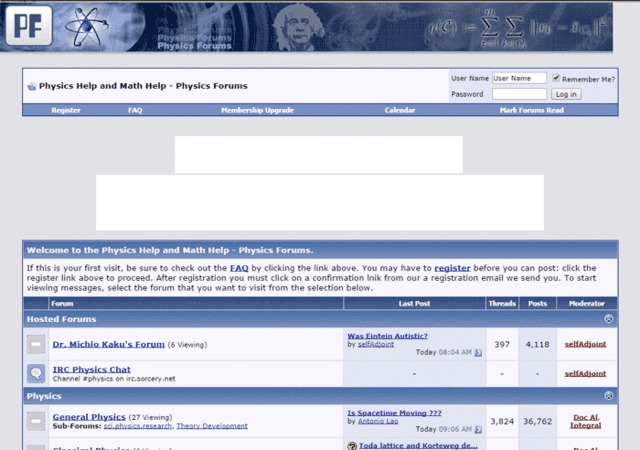 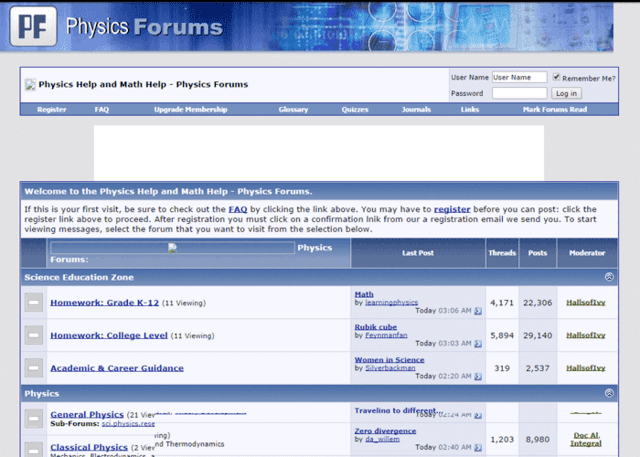 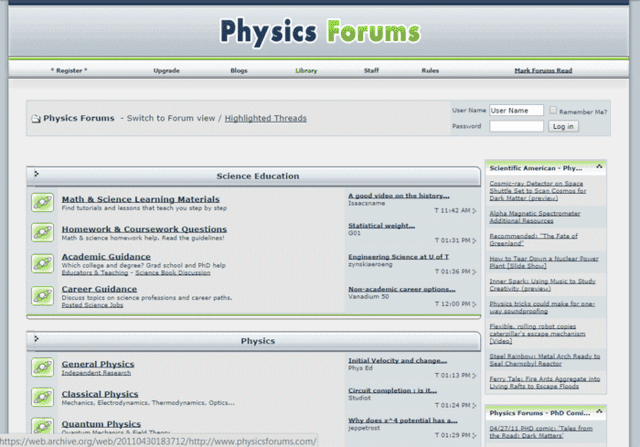 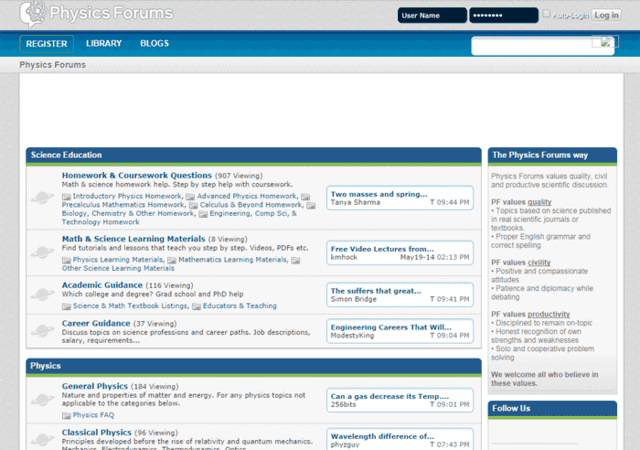 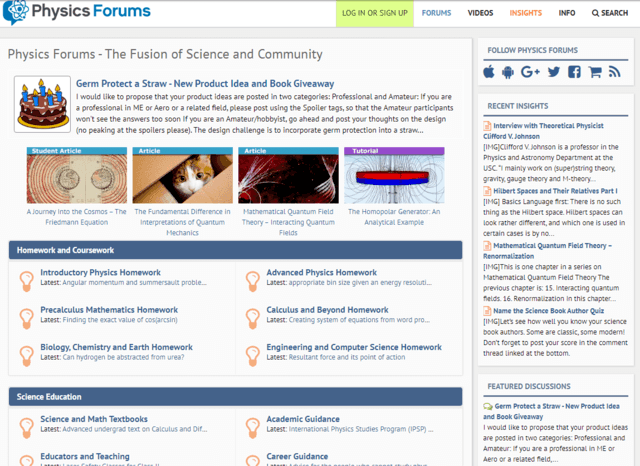 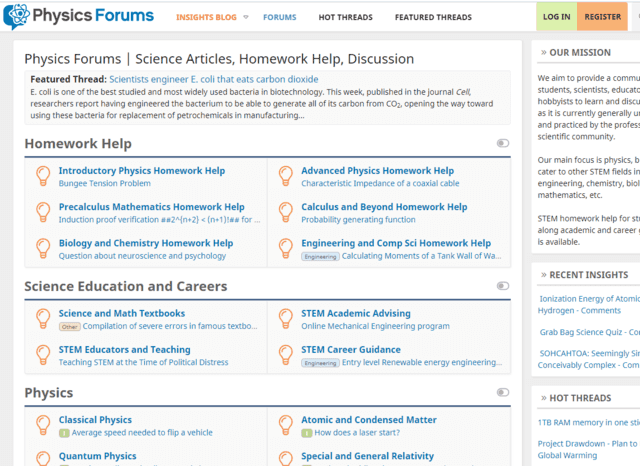