A little idea I had with a lot of flaws..

First things first, I feel I am a complete novice and I don't know a lot about physics or chemistry. I posted this for you to tell me why and if this idea makes sense. Open to criticism.

So, I was thinking about an automatic hammer. A hammer that moves on its own.

But that's just too simple. A hammer supposedly exerts over 9000 joules of force on the nail it hits. So I thought of replicating this with the same mechanism as bullets. Either using an small bomb, at the end of the rod, so that when a switch is hit, the rod is rushed forcefully upwards. Or, maybe explosive gases could be used, such as reacting Potassium with water or some chemical process I don't know about.

Then, if an explosive mechanism to power the rod upwards were even to work, whats to say about safety and not damaging the holder? Well, making a protective casing with Calcium Silicate or Potassium Silicate could work, as they are resistant to heat, fire and I'm hoping explosions. Or maybe use the same principle as firing of bullets?

So, I'm sure it has a million flaws, but feel free to point them out, I want to learn.

Not to be too blunt but... What the hell are you talking about?

What do you mean automatic hammer.
Cristiano_Naruto

Like, it doesn't require you to raise your arm and drop it before exerting force on a nail. It just basically moves on it's own with the press of a button.
billy_joule
Science Advisor

Most people use a nail gun for extended periods of hammering.
xxChrisxx

All eventualities for hammering, forming or nailing stuff together kind of exists already.

Also OP, if you want to apply force quickly in tool form. Rather than thinking of combusion, think compressed air. ;)
russ_watters
Mentor


Love the way he whistles the theme tune at the end.
rbelli1
Gold Member

xxChrisxx said:
Rather than thinking of combusion, think compressed air. ;)

Modern battery technology is probably the best way to go today. In the past you used whatever was most convenient.

EDIT: Uphill both ways and all that.
Cristiano_Naruto

Thanks though. Kinda upset so many different kinds were made already..thought I stumbled upon a "Eureka" moment. And how exactly can compressed air be used? Over and over?
jim hardy
Science Advisor
Gold Member
Dearly Missed

Cristiano_Naruto said:
And how exactly can compressed air be used? 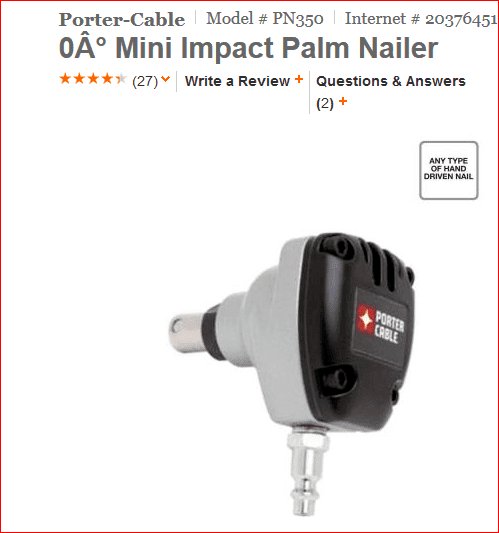 Related Threads on A little idea I had with a lot of flaws..

I have an idea

Help with a trailer unloader idea

Water cooling system help! Lots of things! Calculations and everything!

How are these little internal gear teeth made?

Explain to me the flaw in this perpetual motion scheme

Was Nikola Tesla a little crazy or was it just the media?

For all the mechanical engineers whom had working experience in mines, oil rigs

Ideas for a catapult design for an engineering report