How people measured time in the past ?

How did they start to measure time accurately ? I mean how did they know if it was midnight today or tomorrow morning ?

Astronomy baby! The use of sundials and the positions of the stars.
I_am_learning

I myself don't need watches to know this. The atmosphere (the sun, its position, Its intensity) tells it.
daveb

Do you mean how could they tell the transition from one day at 11:59 to the next day at 12:00? In that case, the same thing. They had relatively accurate hourglasses and water clocks that could measure the passage of time, and since midnight is 12 hours after noon, which is the time when the sun is highest in the sky, they could tell when the day cahenges from one to the next. Then they would catalogue the positions of stars in the night sky at various times. Like I said, astronomy.
klimatos

In early times the day ended at sunset. The Biblical Sabbath, for instance, ran from sunset on Friday to sunset on Saturday. Starting the day at midnight came into practice much later.

As other posters have said, the sundials, hour-glasses and water-clocks used were fairly accurate. People were much more aware of the sun's position in the sky in those days than they are today. In Christian areas, they also had the church bells ringing at the canonical hours to help them be aware of the time of day.
256bits
Gold Member

Clocks and watches and time keeping as we are accustomed to did not exist centuries ago. Your question delves into the history of clocks and the quest to make a clock more and more accurate. Did you know that a ship at sea can pinpoint its latitude location on the ocean by site-ings of the moon, stars quite accurately. Determining its longtitude though requires a timepiece so that the ship can compare the positions of the celestial objects to that of the home port at a certain time of day. That timepiece is called a chronometer. The first real chronometer used at sea was somewhere is the late 1700's, and it was mechanical with springss and oscillating wheels. The time on the ship was the ship local solar time. Nowadays larger ships use the GPS system as the main basis for calculating location.

GMT was adopted in Great Britain in the middle 1800's. And it led to a standard time being used by everyone in the country and eventually around the world, with the adoption of time zones. Thus you can now say what time it is in Sydney, Australia or Lagos, nigeria just by knowing your own time. Previous to that, every city had its own local mean time set by the sun and two cities seperated by a 100 miles would have there own local time, and noon would occur several minutes in one after the other.

That played havoc with train schedules and ship schedules and was a major reason in the adoption of a standard time reference. I believe airlines still use GMT as a reference to the Zulu base time which is the time at Greenwich, London. Since 1972, scientists use what is called the UTC (Coordinated Universal Time) as their basic reference.

Previous to mechanical spring clocks there was the pendulum clock but not everyone was rich enough to own one. If not you just looked out the window and saw that it was daytime or nightime or somewhere in between. Country people had no need of a clock but worked from sunup to sundown. And by looking at the sun you knew if it was time to have breakfast, dinner or supper. For the cities and towns a local mean time was established by the church or town hall by ringing of bells as prevously posted - the local time being measured by sundials for example.

This all is related to the struggle to find an accurate calendar. As you may or may not know, the planting season for the ancient Egyptians began when the River Nile overflowed its banks, and is typical of most early civilizations. The moon and its phases and star gazing all played a role. And astrology too if I am permitted to say that in PF without being a heretic.

It is technological progress that led the development of clocks and calendars, and that is still true today as more and more accurate clocks can lead to better measurements.

If you ever have a chance pick up a book (books) on the history of clocks and calendars from ancient times to the present. It is an interesting study and gives tremendous insight into how history, religion, war has shaped the world technoloically as we know it now.
thebiggerbang

Just wanted to pitch in. In really olden times, I've heard that they used anything that had a pattern. The pulse of a person was used for short purposes.
Galron

Observation from tall buildings and or mountains generally.

Or they built things like Stonehenge, a massive calendar and "clock". 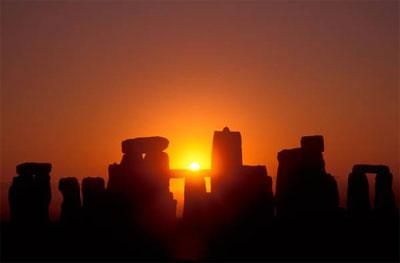 At midsummer the sun not only rises above the key stone it also sits on what would of been the altar at the centre of the circle of monoliths. Perhaps a better question is how did a group of almost uncivilised peoples motivate the building of a monument that they would not see completed til long after they were dead, before even the cradle of civilisation had spawned the first cultures?

And no the answer is not God.
Log in or register to reply now!

Related Threads on How people measured time in the past ?

Time travel to the past

Motivation for time travel into the past

Time travel into the past is logically possible
4

Why time traveling (To the past) is impossible.

Is time travel to the past or travel to a multiverse possible?

Sending messages into the past

B How do we know that light that comes from the stars is in past?

How do grenades kill people?

How can people float or sink in the water with no volume changed?