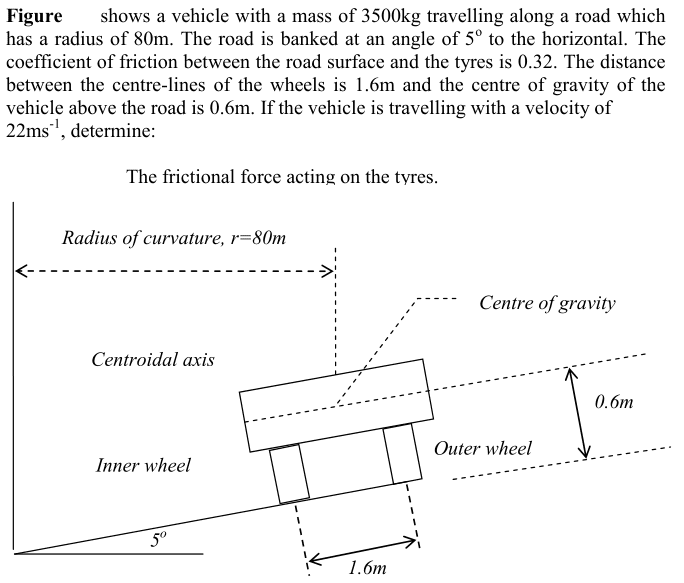 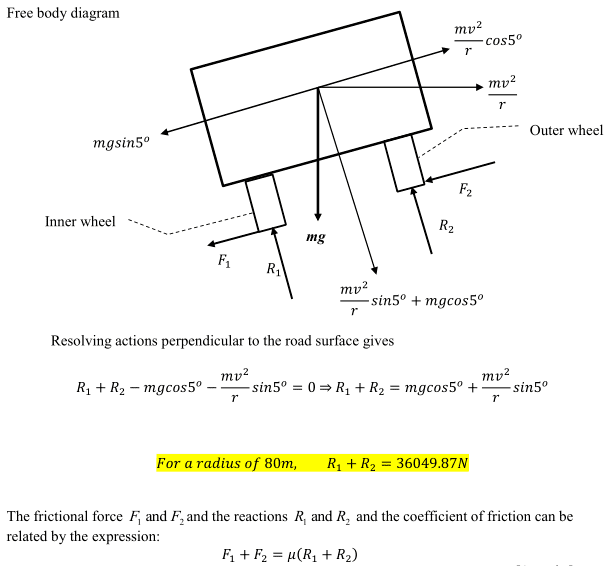 Basically, I don't like that for ΣF it takes the fictional inertial force opposite to centripetal force, instead of taking the actual centripetal force. Isn't this wrong?
Second thing I don't know is the direction of the centripetal force in such situation: isn't it from the centre of gravity of the vehicle towards the centre of the circular motion? Ie. isn't it PARALLEL to the surface of the banked road? Because here, he has it parallel to the horizon, instead of parallel to the banked road!
BvU
Science Advisor
Homework Helper

Fom the centre of gravity of the vehicle to the axis of the circular motion. And when banking a road, they usually have a verical axis (otherwise you would just have a sloping plane).

physea said:
for ΣF it takes the fictional inertial force opposite to centripetal force

The vehicle is describing a circle in a horizontal plane. The centre of that motion is therefore in that plane, not down the bottom of the slope.
Share:
Share

Circular motion of a car on a banked road