The Saartjie Baartman’s Body Shape versus the Victorian Dress: The Untold African Treasures

In most African countries, it is still a common belief that thin women are not attractive. Until the 21st century, full-figured women were considered attractive, were respected, and their padded (with flesh) and curvaceous bodies represented wealth, fertility and good health. The western society views a thin woman as ideal body and has forced many women including Africans to believe that a body that deviates from it is unaccepted. Fashion designers use the thin model as a basis from which to create ready-to-wear clothing for all consumers including those whose body characteristics do not comply with the ideal body features. This has resulted in unsatisfied consumers with clothing sold in the retail stores and negative reactions towards their bodies. The problem of ideal body versus un-ideal body shape date back to 19th Century, where Saartjie Baartman’s body shape characterised by full breasts, narrow waist and extra large buttocks was viewed by Europeans as ugly, yet later on, the same body, though not acknowledged, was used to inspire the creation of Victorian bustle dress that resembled her body in every aspect. This article examines the relationship between the Victorian Bustle dress that became popular from 1870 onwards and the unique body features of Saartjie Baartman, an African slave who was displayed in Europe against her wish as from 1810 to 1815, and even after her death, her body continued to be exhibited in a Museum in Paris. This paper concludes that her body could have inspired the development of the Victorian bustle dress. The paper encourages African women to view their bodies sensibly rather than basing their beauty on the western standard ideologies. Likewise, promotional media houses are encouraged to portray all body shapes fairly and positively. African researchers are advised to search beyond surfaces of historical events for the purposes of documenting underlying important facts affecting Africa.

physicssx, when you copy and paste verbatim from another source, you need to show that. I have corrected your post.

Evo said:
physicssx, when you copy and paste verbatim from another source, you need to show that. I have corrected your post.

Hi Evo, I will pay attention to this. Thank you very much.
256bits
Gold Member

physicssx said:
... the same body, though not acknowledged, was used to inspire the creation of Victorian bustle dress that resembled her body in every aspect...


Fashion is a fickle business, which can get it's ideas from anywhere and everywhere. Whether Saartjie Baartman was the inspiration or not of the Victorian bustle dress, or just a coincidence of dress "evolution", it is interesting to look at the styles throughtout earlier times.

Before that there was the crinoline
http://en.wikipedia.org/wiki/Crinoline

And of course the pannier, which extended the sides of the dress, but not the front or back.
http://en.wikipedia.org/wiki/Pannier_(clothing [Broken]) 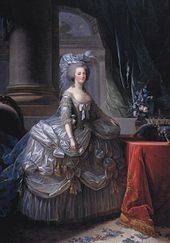 we can't leave out the farthingale, in Tudor time.
http://en.wikipedia.org/wiki/Farthingale 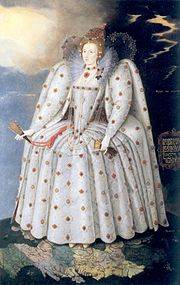 Some wedding dresses, and others for special occasions, conjure up some aspect of these styles.
Last edited by a moderator: May 7, 2017
Share:
Share

Suggested for: The Saartjie Baartman’s Body Shape versus the Victorian Dress: The Untold African Treasures

What's the point of having a dress code stricter than business casual?
2

The Human Body as a Dark Matter Detector

Will China be the first country to return to the moon?

Correlation between the level of education and the number of friends

Using the surrounding airflow to deduce the physics around UAP/UFO

Ports versus mileage on the ocean - which cost is most significant?