Computational Fluid Dynamics anyone? :D I know someone out there is a genius?
I'm trying to understand some of the differences between Experimental results and a Fluent (CFD) analysis of a NACA 0012 aerofoil. There are 3 Cp/x graphs of my results (plotted with negative down just to confuse you - suction on bottom, pressure top) . I need to explain what causes the differences between CFD and the experiment. Fluent is set up with pretty standard settings, standard wall functions.. etc.. 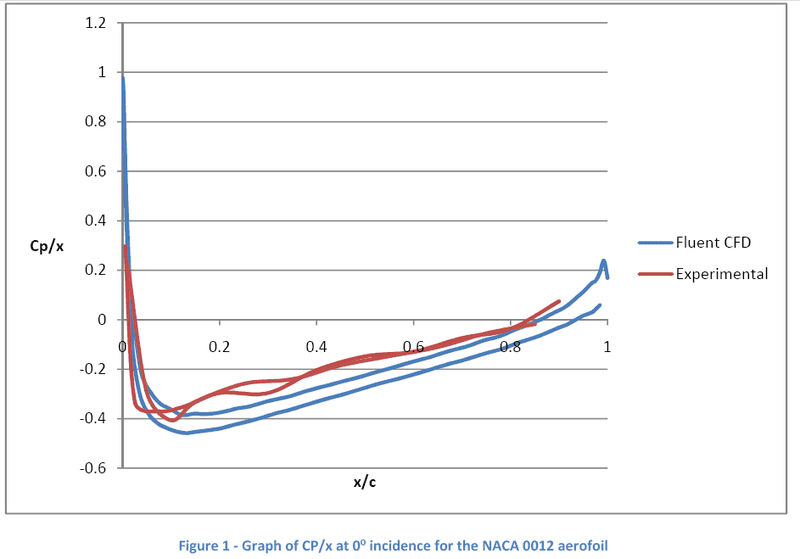 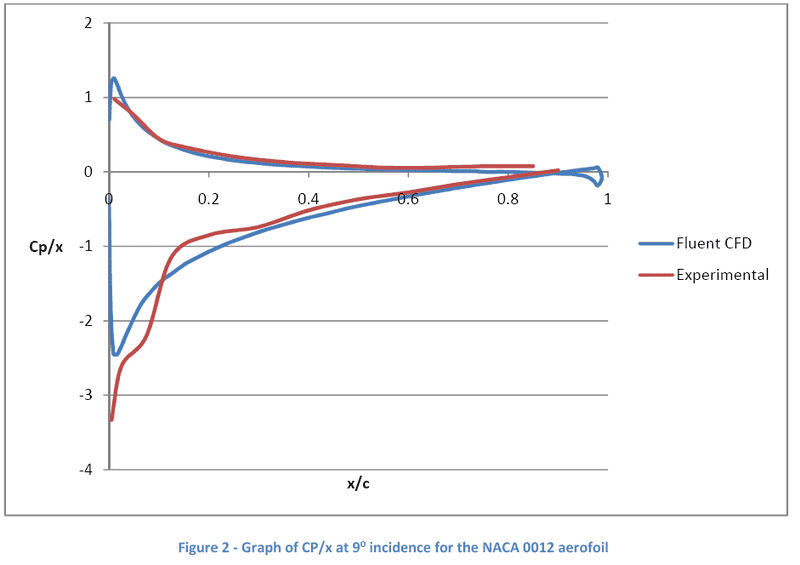 The 9º incidence results also show a good similarity between the CFD and the experiment.
However at the front tip of the wing the experimental results show a smaller Cp value than
the CFD on the suction surface. This may be due to ........... no idea? anyone? my notes dont help! 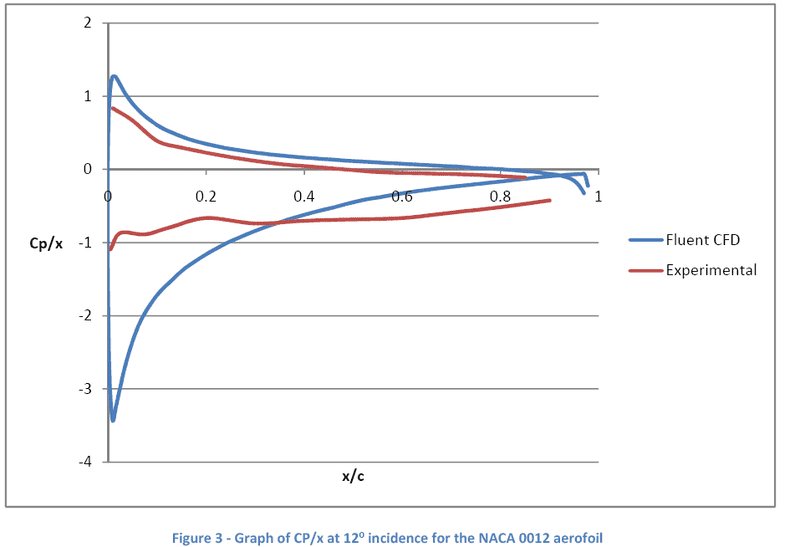 The 12º incidence results show a large difference between CFD and the experiment. The Cp
on the suction surface is a lot nearer zero for the experiment, and flattens rather than
converging on zero. This is due to separation occurring on the suction surface of the
aerofoil. The standard wall functions used in Fluent don’t account for the separation
occurring in the 12º incidence case. Fluent’s non-equilibrium wall functions should be used
instead, as they provide a better estimation of the non-equilibrium effects in the separation.
............ Not sure if there's anything i'm missing?

i got a problem that there is offset in cp plots of Fluent and experiment regarding Naca65.
Please suggest what may be the cause
Please reply on maheshvarpe@gmail.com

Fourier analysis of my experimental data