Booting from USB to default to KNOPPIX

I have an external cd drive for my laptop. When I restart my computer I want it to boot from this external drive and my KNOPPIX disc.

I'm trying to get my computer to default to the USB upon restarting. But I'm not sure how to do it. When the computer restarts I press F2 for setup (I have windows Vista by the way). Then

and I get the screen: 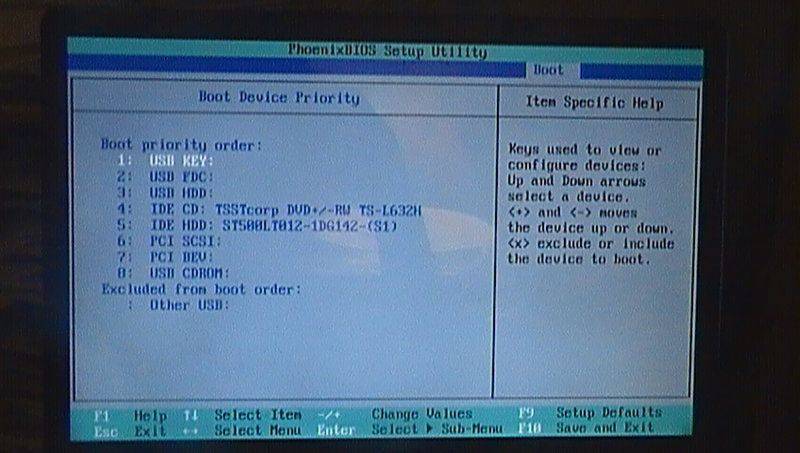 But I dont know what to do next!

The link to the figure "SAM_1209.JPG" is missing. But, in general you should put the USB disk first in boot order. I don't see why you want to do this. Why are you not installing Knoppix or another Linux to your harddrive. Alternatively, you can install it in a virtual machine.
jedishrfu
Mentor
Insights Author

In general, it’s dangerous to boot from an external device especially a USB stick that could have been compromised with malware. For CD drives it’s less of a risk because usually you boot the computer then insert and load the CD and seldom leave it in the drive. Also, you usually know what’s on it as either you created it or its a factory disk from the vendor.

USB sticks are different. It’s common to use them to share files between users and so a compromised stick could infect your machine just like diskettes did in the past.

In one famous espionage case, USB sticks were sprinkled in a parking lot and unsuspecting Good Samaritan employees popped them into their computers and installed some vicious malware that took over the corporate network of a major company. The employees thought they could check the files on the stick and return the stick to its original owner.
eys_physics

@jedishrfu, as I understand he talks about a cd drive connected via USB. But, I agree with your points regarding not booting from external devices.

The instructions I give is therefore on the OP's own risk. In BIOS the CD drive is listed as number 4. By using the "-" key you can move the drive up in boot order, so it is number one. Then, save and exit by using "F10".

But, as I said in my first reply, I recommend to either install to harddrive or in virtual machine instead.
julian
Gold Member

Thanks eyes. I worked out how to do it.

Can I install what is on my cd to harddrive or do I need to dowload the KNOPPIX software from somewhere?
eys_physics

One reason for not installing Knoppix to harddrive is that the software cannot be easily updated. So, you will not run an updated system which over time could be dangerous. Most/all the software included on the Knoppix CD can also be installed in the distributions I mentioned.
julian
Gold Member

Related Threads on Booting from USB to default to KNOPPIX

P
OS boot from a USB

Making a copy of a KNOPPIX 5.0 disc that boots

D
Booting from an SD card.

U
Differences Between DVD/CD Boot and USB Boot

In dual boot, having Windows load by default