Hello, this is my first time posting.

I'm seeking some advice and would like to hear from other people who are in the same boat. I'll try and keep this post as brief as possible and stick to the main points, so sorry in advance if I get carried away.

So basically this is my story....

I'm currently an University Student in Australia, it's very highly regarded for research and it's highest rated course is Civil Engineering, which I'm currently studying.

I never had much success through high school. The reason being is I've grown up in an environment where my mother has bipolar, and if anyone with the disorder or lives with someone who has the illness can highly relate and know it's very difficult to deal with.

By having undergoing pressure from my mother, I decided to leave high school in year 10. But this decision was enforced by the fact that my science teacher always put me down for being excited for science, and my maths teacher said I would never pass maths and should just repeat... Gotta love high school.

Anyways, last year I managed to do a foundation course focusing on Maths and Physics. The maths was equivalent to a year 12 level and likewise with physics. I managed to get 71% in the physics course and managed to scrape a pass in the maths course.

I was very pleased with myself, because I never had studied physics in my life or that level of maths. I would say I would have had only the knowledge of a year 9 student when I went to do that maths, and I managed to pass it.

However, last year also made me realize that I had depression and it was really bad. I convinced myself that I was normal years a go and that my thoughts and feelings were what everyone had. I learned that it wasn't and was very difficult accepting it.

Last year I tried committing suicide twice, and I know it wasn't the wisest decision but I did it in a state where all rational thought did not exist.

Now, this battle and being on anti-depressants has put me in such a self finding journey, I'm realizing and becoming aware of the mistakes I do and I'm working on hard to fix them.

I've been having trouble however in my studies, and would like to know or find advice on how to better equip myself to get over it.

I've failed my maths course and physics course, along with a surveying course.

The reason being is my anti-depressants had stopped working, and I noticed this a lot. I started to not care about my life, the person I was and my surroundings were just passing by. This has caused dramatic harm to my success in first year Uni. I couldn't concentrate, absorb information, be able to execute my knowledge on exams or anything. It's been very frustrating and causing me to be very disappointed in myself.

The biggest feedback I've been given by my teacher's and tutor is, "You were always more intelligent in class than on tests" and "You always get lost in the details, but understand the main concept".

THIS has been holding me back and causing me a lot of stress... I know how to study maths, you just learn the law, do problems and then attempt worded problems and keep practicing.

Studying physics feels like a different game... You learn the meaning of the concept, then the law and then it asks you questions, problems and conceptual ideas.... I worked hard to understand this, but I'm having major trouble. I like reading and writing everything down from my text book and I've quickly learned this is not the way to study physics. I've learned that you have to learn a small chunk and do relating problems to that concept.

But I've never really understood how to study physics effectively and it's driving me insane.

How do you study physics effectively? And how do you manage depression and study?

I study physics and math the same way, read a paragraph, copy down the important parts, paraphrase it, whatever, and work every example. I used to say "I'll just wait until the exercises at the end." Don't do that.
Last edited by a moderator: Jun 26, 2014
jim hardy
Science Advisor
Gold Member
Dearly Missed

Success is a series of little daily victories.


How do you study physics effectively? And how do you manage depression and study?

For me it was work lots of problems from the textbooks . I particularly liked word problems , figuring them out seemed to give me pleasure.

Light classical music in the background helped me with depression. Can't explain it, but in high school i reserved an hour every Thursday evening for listening to "Arthur Fiedler and the Boston Pops" . It somehow relieved the chaos and darkness. The symphonic music is orderly and smooth , calms the soul.

These were my two favorites. Maybe they'll strike a chord in you, check Youtube... 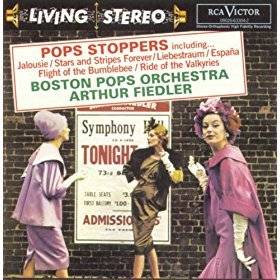 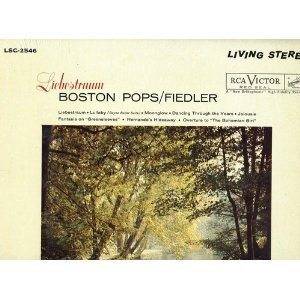 My stepson. also a product of chaotic background, profusely thanked me for introducing him to symphonic sound. He now has a healthy proportion of it mixed in with his collection of modern "Chainsaws and Wildcats" stuff.. Mozart's "Requiem" got him started.
StevieTNZ

defiledx said:
The reason being is my anti-depressants had stopped working, and I noticed this a lot. I started to not care about my life, the person I was and my surroundings were just passing by. This has caused dramatic harm to my success in first year Uni. I couldn't concentrate, absorb information, be able to execute my knowledge on exams or anything. It's been very frustrating and causing me to be very disappointed in myself.

Have you spoken to your doctor about this? Are you under the care of a Psychiatrist? Maybe a change of anti-depressants is in order (or perhaps the increase of the current dose).

I suffer from depression, OCD and anxiety and it has greatly affected my studies at university. My record is full of WD and DNC (withdrawals and Did Not Complete). I completely understand how hard it is to study while battling a mental illness, and say to you not to give up.
Share:
Share

Related Threads on Depression and Studying. NEED ADVICE AND HELP!