Efficacy of sanitizers against SARS-CoV-2 based on alcohol content

Ethanol and 2-propanol (hereafter abbreviated "IPA") are the two alcohols that are used in hand-sanitizers. As per the standards set by WHO, the recommended levels are 80% (v/v) of ethanol and 75% (v/v) for IPA, along with other components like glycerol and hydrogen peroxide. Refer to the WHO guidelines for details (a pdf file). A snapshot:

None of the handrubs I have seen has the above composition. The ones that are preferred by hospitals have 70% (v/v) ethanol and 2.5% (v/v) chlorhexidine gluconate IP; these are not generally available in pharmacies for the common people. 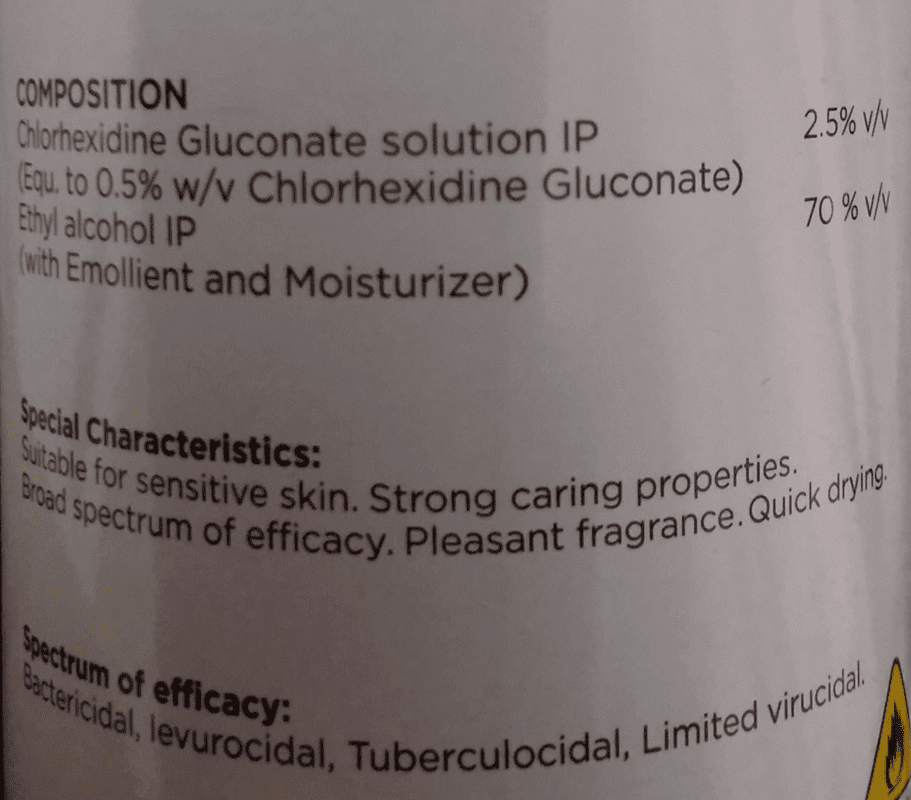 Sanitizers produced by another famed brand has 72.43% (v/v) alcohol IP (denatured). My knowledge in chemistry is quite limited, but I thought denatured alcohol is poisonous; no idea how they are putting it in a sanitizer. 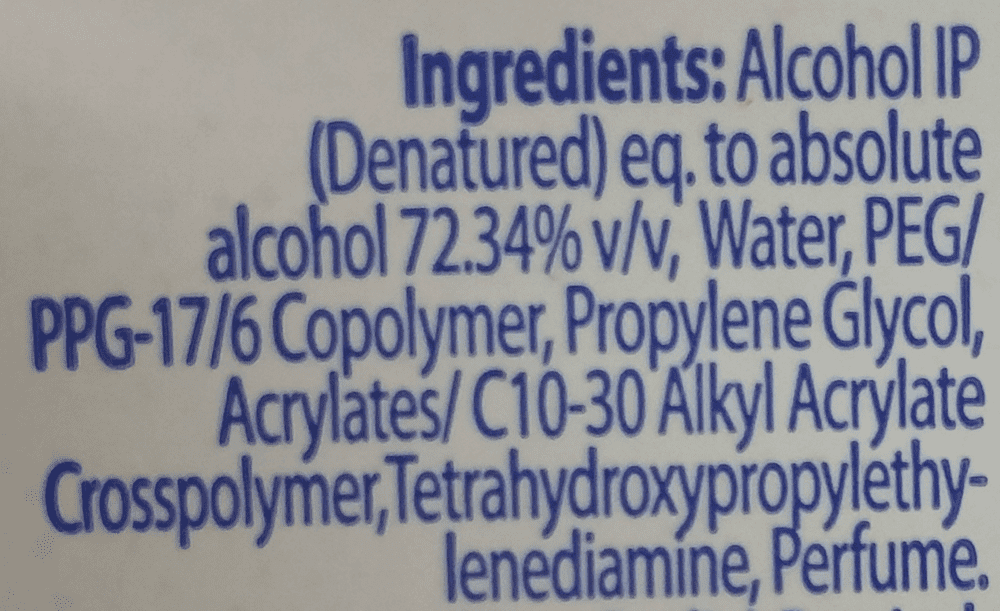 Question: Are these sanitizers with a lower percentage of alcohol effective against the SARS-CoV-2?

One website says that even 60% (v/v) of either of the two alcohols will work, but it did not site any sources and hence lacks credibility.
Last edited: Jun 19, 2020

Wrichik Basu said:
Sanitizers produced by another famed brand has 72.43% (v/v) alcohol IP (denatured). My knowledge in chemistry is quite limited, but I thought denatured alcohol is poisonous; no idea how they are putting it in a sanitizer.

"Denatured alcohol" does not -as far as I know- have a "chemical" definition. Typically, it just means ethanol (the stuff you can drink) which has had some other chemicals added to it to discourage people from drinking it. What is is added depends on where you are in the world, but typically it will be something like methanol (which is indeed somewhat toxic if you get it on your skin) plus perhaps some other chemicals to induce vomiting and a dye.
In this context I doubt they use methanol, denatured here probably just means that somewhere in the production line something has been added to make the hand sanitiser harder to drink (which btw is something people do)
Last edited: Jun 19, 2020
jim mcnamara
Mentor

From the same WHO guidelines (a little further down):

The microbicidal activity of the two WHO-recommended formulations was tested by WHO reference laboratories according to EN standards (EN 1500). Their activity was found to be equivalent to the reference substance (isopropanol 60% v/v) for hygienic hand antisepsis.

70% ethanol is standard in most bio labs I’m familiar with.
Log in or register to reply now!

Disinfecting effect of copper on SARS-CoV-2 and other viruses

Is Sars-Cov2 cytolytic or cytopathic?

Medical Are hydroxychloroquine and azithromycin the key against COVID-19?